Chlorhexidine an alternative to Iodine Use in Caesarean Operations 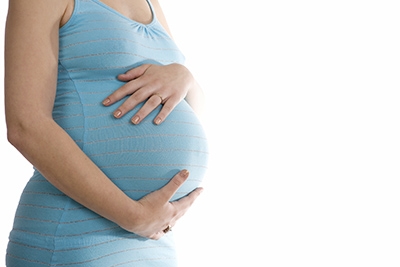 New Delhi: An antiseptic called chlorhexidine appears superior to iodine when prepping patients for caesarean sections as it carries a lower risk of post-operative infections, a team of medical researchers in the US said today. The researchers at the Washington University School of Medicine, St Louis, have shown in a study that post-operative infections were significantly lower among patients whose skin had been swabbed with chlorhexidine-alcohol than among those who received iodine-alcohol swabs.

They say their findings, published on Wednesday in the New England Journal of Medicine, are strong enough to advocate a change in standard skin prep processes for C-sections in which surgical staff swab the skin of the patient with an anti-microbial solution before any incisions are made.

“One of the biggest complications of surgery, C-sections in particular, is infection,” Methodius Tuuli, an assistant professor of obstetrics and gynaecology at the WUSM, said in a media release. “For a new mother who needs to care for the baby, an infection can really impair her ability to do that.”

The superiority of chlorhexidine as an antiseptic has already been established in certain other types of surgery. But doctors say it was important to compare its efficacy with that of iodine-based solutions in the unique circumstances associated with a C-section in which bacterial infections may spring from either the skin or the vagina at a time when the pregnancy has altered the woman’s immune system.

In their study, Tuuli and his colleagues found that only 23 of 572 women randomly assigned chlorhexidine-alcohol developed infections at the surgical site within 30 days of the C-section, in contrast to 42 of 575 women who received skin swabs of iodine-alcohol.

“There are few circumstances where a single study should change practice,” said George Macones, head of department obstetrics and gynaecology and a research team member. “But based on the striking reduction in infections with chlorhexidine, this is one of those circumstances.”

The US registered about 3.9 million births during 2013, with about 1.3 million women delivering their babies through c-sections. Post-operative infections complications were observed in five to 12 per cent of such C-section deliveries.

Indian gynaecologists say no such reliable nationwide data exists for India where about 27 million babies are born each year. “We don’t have nationwide figures for C-sections – the proportions of our surgical deliveries will vary from place to place,” said Hrishikesh Pai, secretary general of the Federation of Obstetrics and Gynaecological Societies of India. However, government surveys based on population samples indicate that c-section rates among institutional births vary from state to state – 10 to 20 per cent in Bihar, Delhi, Karnataka, Rajasthan and Uttar Pradesh to between 20 and 30 per cent in Bengal, Goa, Kerala, Tamil Nadu and Punjab.

Indian surgeons point out that a shift from iodine to chlorhexidine is unlikely to take place quickly as “we have been used to iodine-based solutions for so long and we are all comfortable with it.” Chlorhexidine is somewhat greasy compared to iodine. Moreover, accreditation guidelines prescribed by the Indian national board that accredits hospitals require the use of iodine – those guidelines may need to be revised to bring in chlorhexidine.

Doctors say there is a rising trend in C-sections in India, particularly in some cities. “Nowadays, many couples opt for a single child, so there is aggressive monitoring of the foetus – and doctors sometimes find themselves under pressure to perform C-sections, particularly when there is prolonged labour,” they said.