HomeEntertainment‘Women are frequently sexualised after being cast in a particular role,’ says Aashram actor Tridha Choudhury

‘Women are frequently sexualised after being cast in a particular role,’ says Aashram actor Tridha Choudhury

The actor gets candid about her experiences and shares why actors need to ensure legal protection against rampant misuse of digital content, while getting into shoot mode exclusively for FPJ

Actor Tridha Choudhury, who has worked in Bengali and Telegu films before she shot to fame with shows like Dahleez, Bandish Bandits and Aashram, is all geared up about the kind of offers she has been receiving post the success of her shows. Not only have acting offers amplified, but with time the actor has also been forced to see the industry in a new light. “Right now, I’m busy shooting for the second season of Aashram. We were supposed to start shooting in April but because of the second wave of Covid, the schedule was delayed. It is now scheduled to begin in September. My character takes a completely different turn and I am looking forward to playing the detailed nuances now. Even for the second season of Bandish Bandits, we begin shooting soon. I have also signed another film with a Bollywood A-lister, details of which I can’t reveal now,” she said.

Even if she is touted as the next millennial sex symbol on several web streaming platforms, the actor beams with confidence when she declares that there is more to her than just that. “Actors, especially women, are frequently sexualised after being cast in a particular role. As an actor I know the limit of intimacy that I have agreed to for a role in particular. In Aashram, I know my character is that of a sex worker, so there will be intimacy on screen. But when I shoot for that I am placing my trust on the entire unit of the film. People need to understand that when an actor has agreed to an intimate scene, there is a lot of effort that has gone into it. It is not as if I am enjoying the experience of shooting that sequence. I feel the edit team of Aashram could have done a better job and portrayed me in a more aesthetic manner,” Tridha said. 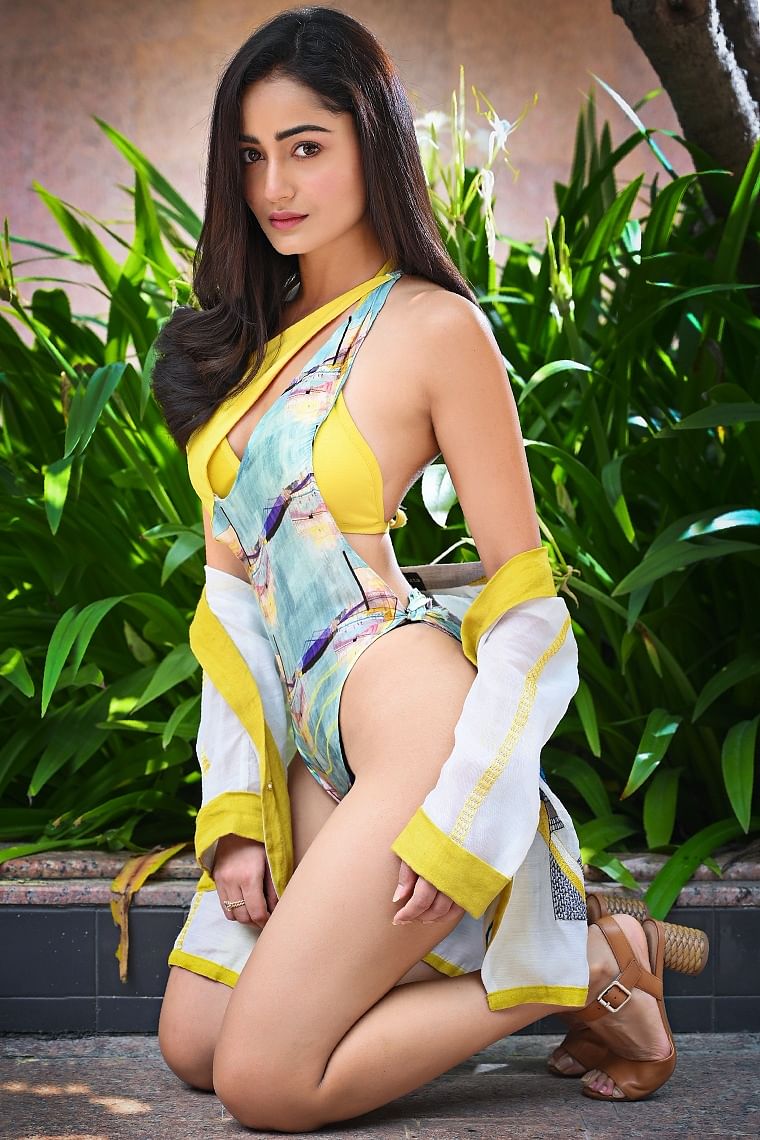 “Also, the production team should have taken care of instances when these intimate scenes were being circulated on pornographic sites. The makers have to be aware of such digital footprints of their show and take quick action to block them or refuse them access. India needs to have laws where such actions need to be punished with an iron hand. Just because it is on the web does not mean that it can be circulated on the dark web. As actors we need to have right that will guarantee zero abuse of our work for the sake of sexual gratification. The producers need to regulate instances where sexually intimate web content is barred from being used as pornographic content on another website,” she shared.

Having said that, the actor agrees that OTT has created a medium for actors who have merit. “The internet is accessible to all and has no shelf life. One can keep going back to it, over and over again. The spectrum has widened for all actors and also technicians. In the world of films, the distributors have faced major losses during the pandemic but that pandemic couldn’t stop actors from performing. Whether shooting from home or otherwise, OTT has always brought good work, especially for actors like me,” she added. 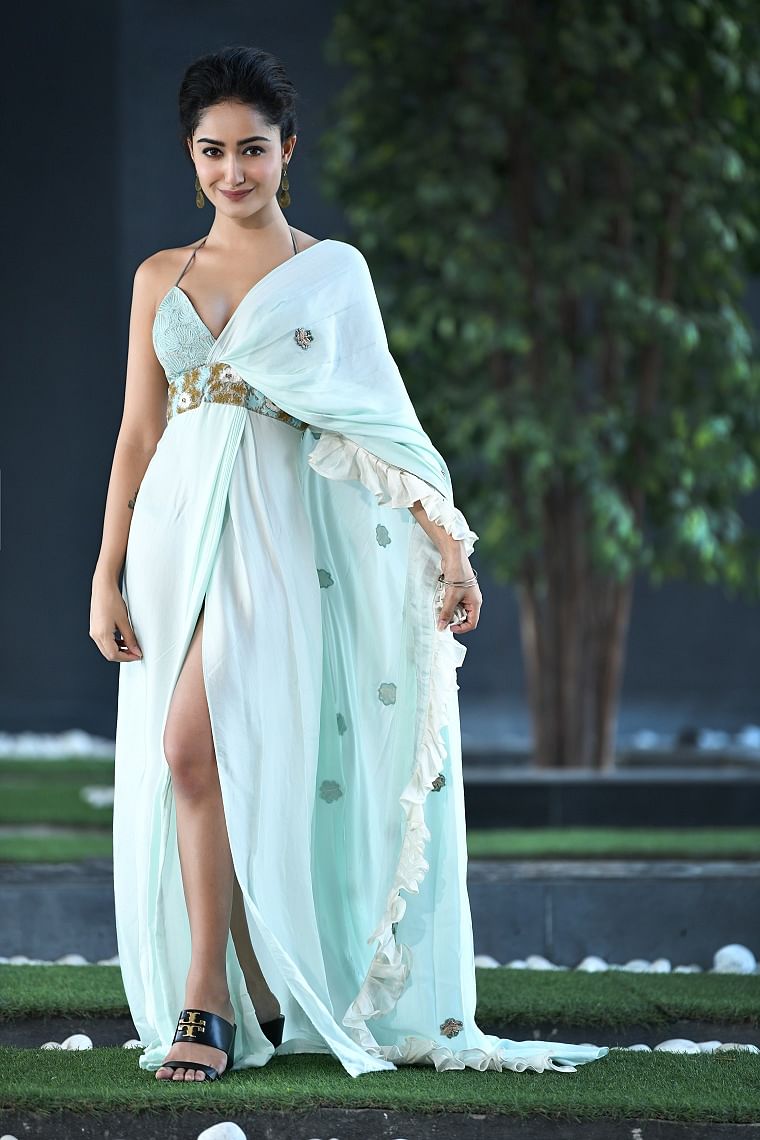 When asked about regional actors paving the way for a new wave of casting solutions within the Hindi film industry she said, “Regional faces, not because they look the part, but maybe add a local flavour to the character are now being taken into account for casting in big banner projects. That is a positive development for actors like me from Bengal and also others from different states in India. For example, Samantha and Priyamani in The Family Man series were so perfectly cast. Their background added to the flavour of the script in general.”

However, there are instances where Tridha felt she was misled during the narration of a particular character or a show. “During the narration a project is painted before you as one that is supporting a particular social cause or there is a strong message. But in reality, things are not like that at all. This in fact is a major kind of exploitation that actors face these days. In fact, a ‘social cause’ is the new means of exploitation these days in the film industry. This mostly happens in the case of book adaptations, where the filmmakers are actually exploiting the subject or the idea of the book. They don’t always remain true to the book and blame it all on poetic/cinematic license. Truth is they just want to take the idea from the book and turn it into a commercial potboiler to make maximum profits. Any hint of working for a cause is totally hypocritical in such situations,” she insisted. “For example, I did a Bengali film recently, which is a tribute to veteran actor Soumitra Chatterjee. I play the role of actor Sharmila Tagore in that film. There was a lot of hype about it when I was signed on. But I have not been made part of the promotions. The film has also been delayed, it has not released yet. So I am a little anxious,” she added.

Tridha also feels that people unnecessarily sexualise her social media posts as well. “Something weird happened to me lately on social media. I posted something generic about marriage and divorce. I was talking about toxic equations in relationships. But the tabloids immediately started writing about it and portrayed me in a negative light. I was even linked to someone, only because I put out a post. Social media is a place where we can voice our opinions, but an actor’s post must not be used to sensationalise gossip around him/ her. This particular brand of sexism is not just insensitive but also inhumane at the same time,” she signed off.

Read Also
Raima Sen gets into shoot mode exclusively for Cinema Journal, and opens about her OTT release, The... 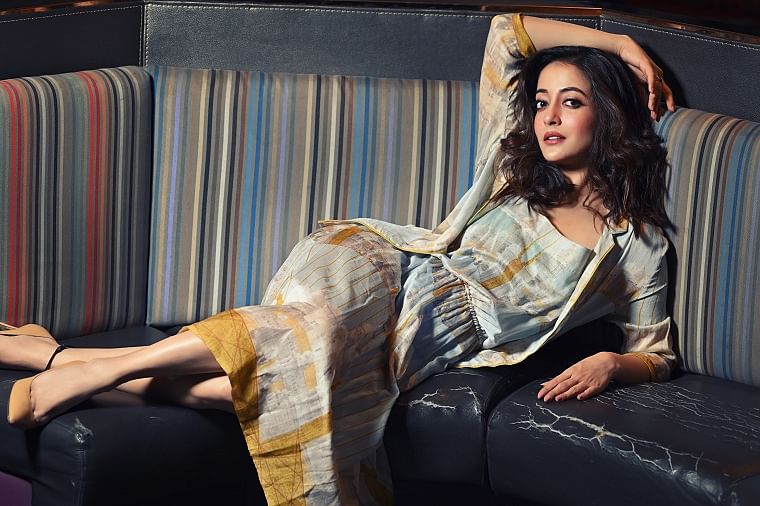