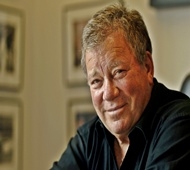 Melbourne: William Shanter fell in a mess as his alleged lovechild sued him for 170 million dollars. Peter Sloan insisted that the ‘Star Trek’ actor is his dad after he had a brief fling with his mother, late Canadian actress Kathy McNeil, who gave him up for adoption when he was five, reports News.com.au. But the 85-year-old star, who has three daughters, Leslie aged 57, Lisabeth aged 55 and 51-year-old Melanie from his first marriage to Gloria Rand, insists he has nothing to do with the radio host.

Reportedly 59-year-old Sloan has demanded Shanter have a DNA test and stop refusing his responsibility. The lawsuit, which was filed in Florida, also claims the actor “admitted he was the plaintiff’s father.”

Peter claims William’s comment about being his dad came when they met on the set of police drama TV series T.J. Hooker, but shortly afterwards a representative for the star contacted him and said he was “totally denying paternity at this point.”