When Govinda was dumped for Salman Khan in ‘Judwaa’ 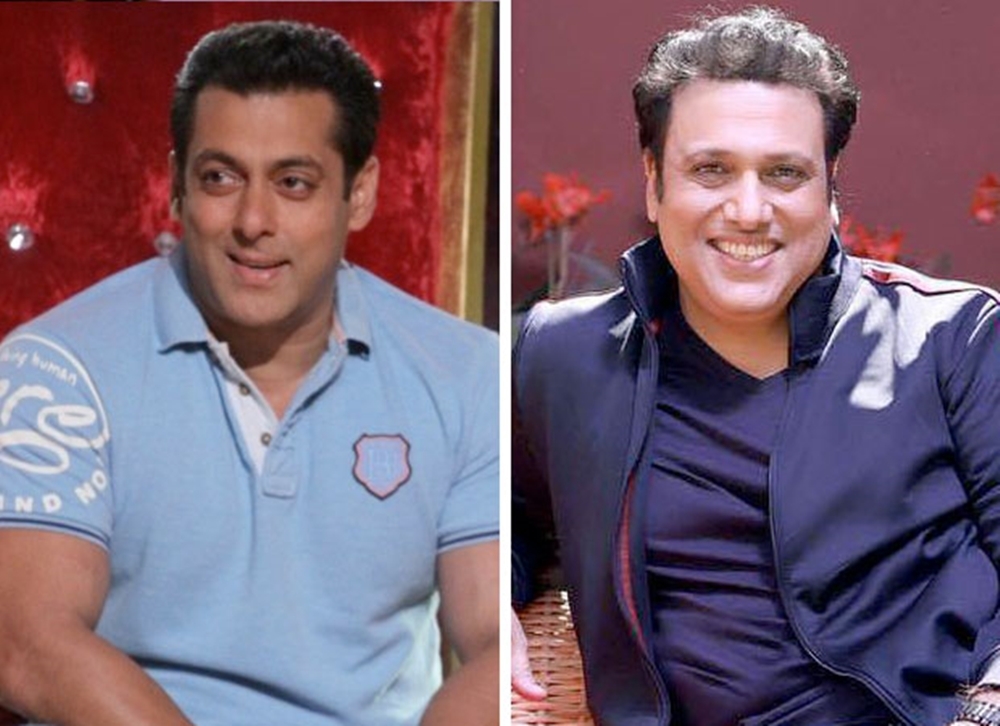 It is known that Salman Khan and Govinda share a great friendship both on and off screen. It was Salman who got Govinda back on screen with comedy film Partner. Though they had starred in Salaam-e-Ishq, Partner became a hit and their camaraderie was loved by the audience. But, did you know that one of the biggest hits of Salman Khan’s career Judwaa was originally Govinda’s film?

In an EXCLUSIVE interview with Bollywood Hungama, Govinda revealed that the David Dhawan directorial Judwaa was actually his film and it had already begun when Salman Khan approached him and took over the project. “Shuru shuru mein jab maine bahut hi top ka period dekha, tab Banarasi Babu naam ki ek film ban rahi hai. Pehle nahi thi woh. Uss time pe main Judwaa kar raha tha. Aur kisi din Salman ne mujhe phone lagaya 2-3 baje. Aur kaha ki Chichi Bhaiyya aap kitni hit doge? Maine bola ‘Kyun Kya Ho Gaya Yaar?’ Woh bole ki ‘Aap woh joh picture kar rahe ho Judwaa, woh aap bandh kar dijiye. Woh mujhe de dijiye. Aur director bhi aapko mujhe dena padega. Producer bhi maine aap hi ka le liya hai Sajid Nadiadwala‘. Toh woh chalti film wahan pe thera di gayi, rok di gayi aur bandh karwa di gayi. Aur woh Salman ko de di gayi thi. (I was at the top of my game at the time when a film called Banarasi Babu was being filmed. I was also working on Judwaa at that time. While the shooting for Judwaa was on, Salman Khan called me one night at around 2-3 am and asked me, ‘Chichi Bhaiyya, how many hits will you give?’ I asked him, ‘Why, what happened?’ He said, ‘The film which you are shooting right now – Judwaa – please withdraw yourself from the project and please give the movie to me. You also have to give me the director of the film. The producer of the film will also have to be same, Sajid Nadiadwala.’ So the film which had already gone on the floors was shelved right there and Salman took over the project),” Govinda said.

Govinda further revealed, “Judwaa mein main tha nahi, woh picture maine hi shuru ki thi. Lekin kyunki mera ghar pariwaar jaisa mahaul hua karta tha, toh woh (Salman Khan), Sohail aur maine tayy kiya tha uss time pe. Woh prem hai na humlog ka woh kabhi toota nahi filmon ke wajah se. Aur filmein kabhi uska madhyam nahi rahi. Kyunki jis mohabbat se aur jis tameez se woh mujhse baatein kiya karte hai, uski wajah kabhi filmein nahi hai. Toh mujhe lagta hai woh seniors ke time se hai. Jis jis aadmi mein andar woh hero hoga wahi baahar nikal ke aayega. Aur woh Salman mein hai so. God bless him (I was not a part of Judwaa, but I had started the project. The Khans have always been a family to me. Salman, Sohail Khan and me, we came upon this decision together. The love and feeling of togetherness that we shared was not affected due to films. Our work never got into the way of our personal relationships. Both Salman and Sohail have always spoken to me with utmost respect and the reason for the same was never films. This is a protocol followed by everyone in the industry including our seniors. If a star has a hero within him, it reflects on the outside and Salman is one of those stars. God bless him).” Check out the video below