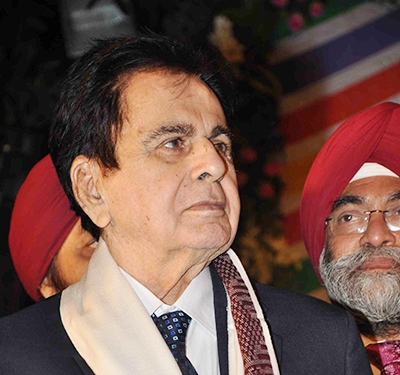 Veteran Bollywood actor Dilip Kumar was once arrested by police for his ‘anti-British’ views and spent a night on hunger-strike along with other ‘Gandhiwalas’ lodged in a prison cell, reports PTI.

In his recent autobiography ‘Dilip Kumar: The Substance and Shadow’, the legendary actor recounts how his patriotic eloquence met a fate he had never imagined! In pre-independent India, during his stay at Poona (as Pune was known then), Dilip Kumar worked at a canteen in Air Force cantonment when one day, at the behest of a senior colleague, he made a speech about India’s superiority as nation a nation of hard-working, truthful and non-violent people.

“My speech evoked genuine applause and I felt elated but the enjoyment of my success was short-lived. To my surprise, a bunch of police officers had arrived on the scene and handcuffed me, saying I had to be arrested for my anti-British views.

“I was taken away to the Yerwada Jail and locked up in a cell with some decent-looking men, who I was told were satyagrahis (followers of Mahatma Gandhi who offered passive resistance). On my arrival the jailor referred to me as a ‘Gandhiwala'” Kumar recalls.

The actor said, “I could not figure out why he was using this term for me till I heard the policemen refer to all the inmates of the cell as Gandhiwalas. It was their way of herding us together as followers of Gandhiji.”

The young Dilip Kumar, who went on to become an acting legend, came to know that freedom fighter Sardar Vallabhbhai Patel was also lodged in one of the cells of the same prison and they all were on a hunger strike with him.

“I don’t know why, but I too felt I should fast with them. So I refused the food that was that was brought for me in an unclean plate. The night was long and pangs of hunger kept me awake till dawn,” Kumar recalls.

An army major got Kumar released the next morning from the and after reaching his workplace he narrated the happenings to everyone there. “As I sat alone in my room that night, I kept hearing the jailor’s words in my subconscious and a sense of pride built up within me that I had spent a night in jail with Gandhiji’s followers and, even if it was for a few fleeting moments, I was unafraid of expressing my pride about my country and my compatriots,” Kumar records in the book.