From an uber-cool action-comedy to deadly Nazis and digital love to failed relationships and a story of gumption to fighting injustice and a cop caper, the digital world is sparking off new levels of entertainment. Enjoy!

This high budgeted action-comedy starring Dwayne Johnson, Gal Gadot and Ryan Reynolds is worth a watch. FBI agent John Hartley (Johnson) is in hot pursuit of an unpredictable art thief Nolan Booth (Reynolds). A twist of fate gets them into a crazy partnership added to which a beautiful woman stirs things up to the extent that everything goes topsy-turvy. Quirky and action-packed, this film holds your attention.

Hard-hitting and replete with interviews and researched facts, this animated documentary bears closely hidden alarming secrets of World War II. According to this docu-short, WWII vets reveal a secret US military camp near Washington where Jewish soldiers hosted and interrogated Nazi POWs. Shocking yet true, this documentary is definitely worth a watch.

Love in these digital times is indeed hard. After meeting her perfect match on a dating app, a LA writer learns she’s been cat-fished when she flies 3,000 miles to surprise him for Christmas. Did she expect what she got? Well, not really. Watch this to know more.

His life was a mess — failed relationships, a botched up career and hardly any friends or people who love him. Prodded by a friend request, the feckless 40 plus recalls his past relationships from the ’90s onward, looking for his vanished hopes and dreams. He goes down the same path and realises where he had gone wrong. A poignant story that perhaps most people will connect with.

It’s a story of grit ‘n’ gumption based on the true story of gold medal-winning Paralympian So Wa-wai, who navigated personal and physical struggles with the help of his mother. It tells a tale of personal triumph over tremendous challenges and odds. This film is inspiring and extremely interesting.

Suriya Sivakumar essays Chandru, a firebrand lawyer who fights for a wrongly accused tribal and, despite the odds, refuses to budge from his chosen path. This action-packed film sees him fighting tooth and nail for his cause despite the fact that the repercussions have a strangling effect on his own life. It’s hard-hitting and replete with excellent performances, more so Suriya, who excels in his role.

The series is directed by Prashant Nair and stars Ashish Vidyarthi, Vineet Kumar Singh, Jaideep Ahlawat, Kani Kusruti, Amit Sial, Palomi Ghosh, Suhasini, and Sahana Vasudevan. It seamlessly tracks four stories that tell a compelling tale of inequality, injustice and bias into one powerful narrative. It starts with a 75-year-old speech of Pandit Jawaharlal Nehru, which says everybody is equal irrespective of race, creed, skin colour or caste. Seventy-five years later, however, the demarcations still remain. And, how! Excellent performances and a good screenplay raise the bar here.

This docu-series is not for the weak-hearted. Grisly, at times, this well-researched documentary painstakingly goes over some notorious murder cases in detail. Investigators behind infamous serial killer cases reveal harrowing and chilling details of their extraordinary efforts in this true-crime series. Indeed, it is fascinating though a bit gory at times. 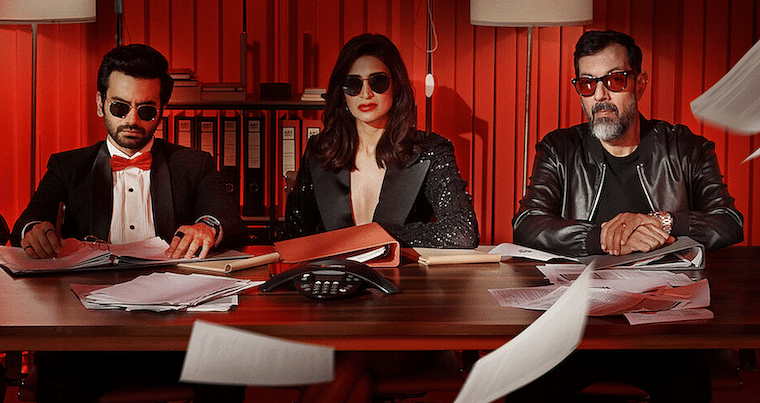