Enjoy this magical roundup which has everything for everybody. From thrillers to sports dramas to comedy to lost ‘n’ found sagas, the digital world has kaleidoscopic colours of emotions waiting to be enjoyed
Sumita Chakraborty 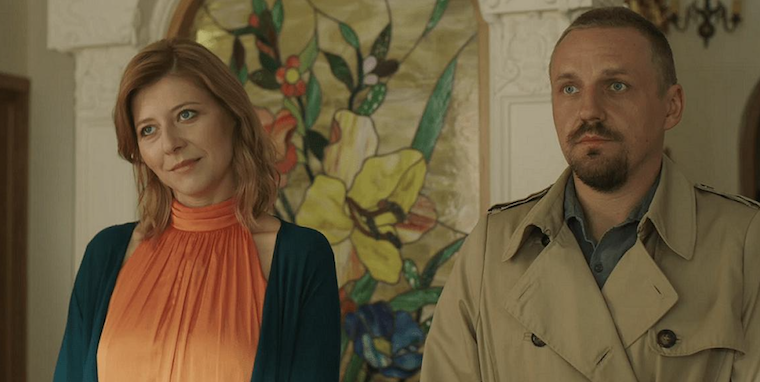 Binge on this magical roundup which has everything for everybody. From thrillers to sports dramas to comedy to lost ‘n’ found sagas, the digital world has kaleidoscopic colours of emotions waiting to be enjoyed.

Title: In for a Murder (W jak morderstwo)

She’s curious, delves deep into intricate matters and has her ear to the ground. Meet this stay-at-home mom and an avid reader of crime stories who discovers the deepest secrets of a small town’s residents while investigating a woman’s murder. With great power comes great responsibility. So, does she use the information for her own benefit, or is she really interested in solving the crime? Watch this interesting flick to know more!

It’s funky, funny and rather quirky. When Paris goes into lockdown during the pandemic, the dysfunctional residents of an apartment building must adjust to a new life — and one another. And of course, there are many challenges they face that veer from slanging matches to unmatched temperaments. Can they survive the lockdown as well as each other? Watch it to know more.

An emotional lost ‘n’ found relationship saga; this film tugs at the heartstrings. After a DNA test reveals them to be cousins, three girls adopted by different American families travel to China in hopes of meeting their birth parents. However, they have been brought up differently in the US. Can they cope with being pushed back into the very different culture of China?

With the good and bad theme on during Dusshera, Disney+Hotstar bring Iron Man to illustrate the very same theme. Iron Man, an industrialist, genius inventor, and consummate playboy, CEO of Stark Industries and chief weapons manufacturer for the U.S. military, believes in championing good over evil. It is interesting to watch how an industrialist constructs high-tech armour and decides to use his suit to fight against evil forces and save the world.

Cruella is about the rebellious early days of cinema’s most notorious and fashionable villains, the legendary Cruella de Vil. After impressing her new mentor with a unique window display, Estella revels in The Baroness’ praise and recognition of her talent. But is that all there is to Estella? Not really… Watch it to know more.

The mercurial mischievous villain Loki resumes his role as the God of Mischief in the newly released exciting series. Loki, Prince of Asgard, Odinson, and the rightful heir of Jotunheim, is burdened with glorious purpose. His desire to be a king drives him to sow chaos in Asgard. In his lust for power, he extends his reach to Earth, and there is confusion, mayhem and chaos.

This animated, enjoyable sequel, Peter Rabbit 2: The Runaway, may be targeted at kids, but people of all ages will love it. It’s fun, energetic, witty and should leave the fans of the original feeling fairly hoppy. Peter Rabbit rocks! And, how!

This sports flick will indeed appeal as it has the right mix of masala, emotion and drama. Gopichand and Tamannaah are brought together in this Sampath Nandi directed drama which is dedicated to sports. It is emotional, patriotic and gives you a rush of adrenalin, especially in the sports sequences.

Presenting another sports saga that has former Indian cricketer Harbhajan Singh and actor Arjun Sajja. This film is all about the spirit of true friendship and is about two friends who stand by each other through thick and thin. Emotional, dramatic with spurts of humour, this film appeals.