The makers of Madhuri Dixit and Gajraj Rao's 'Maja Ma' on Friday shared the second song from the film 'Ae Pagli'.

The song has been supervised by Akashdeep Sengupta, composed by Gourov Dasgupta, with lyrics penned by Kumaar. With this catchy and dreamy song, love takes a playful route with vocals by Ash King and Prakriti Kakar.

The video features Ritwik Bhowmik and Barkha Singh, and the song is choreographed by Piyush and Shazia. The new track is sure to grab the audience’s attention and get them to hum and swing along with the beats, not to mention perform the cute hook step.

Singer Ash King said, “For me, ‘Ae Pagli’ from the movie Maja Ma isn’t just another romantic track. It is a song that truly reflects the purity and innocence of young love, the thrill and the excitement of being with someone who leaves your pulse racing with a single look! The lyrics blend beautifully with the rhythmic composition, turning this romantic ballad into a playful, alluring interaction between a couple in love. ‘Ae Pagli’ is woven beautifully into the movie’s narrative and I am sure that with Prime Video taking it worldwide, audiences from all over will feel its magic."

Singer Prakriti Kakar added, “It has been such a pleasure to sing ‘Ae Pagli’ for Maja Ma. The peppy soundtrack had me humming it long after the recording was over. I am absolutely sure that this song will have listeners swaying to the beautiful lyrics penned by Kumaar and the pulsating music, wonderfully composed by Gourov Dasgupta. It is a light-hearted, fun, track that will have everyone falling in love all over again.”

Read Also
Gajraj Rao on his upcoming film Maja Ma: 'It was such a celebration of life' Gourov Dasgupta, the composer of the song said, “I am so excited that ‘Ae Pagli’ will be reaching audiences worldwide with Prime Video’s first Indian Amazon Original Movie Maja Ma. The composition is very close to my heart and the song has been brought to life by two very gifted singers – Ash and Prakriti. I am thankful to the dynamic team of Maja Ma, especially Anand Tiwari, Amritpal Singh Bindra, Dimple Mathias and Akashdeep Sengupta for bringing me on board for this track.”

Produced by Leo Media Collective and Amritpal Singh Bindra, directed by Anand Tiwari and written by Sumit Batheja, 'Maja Ma' is a family entertainer, set against the celebratory backdrop of a traditional festival and a quintessential, colorful Indian wedding.

The film is all set to release on Amazon Prime Video on October 6. 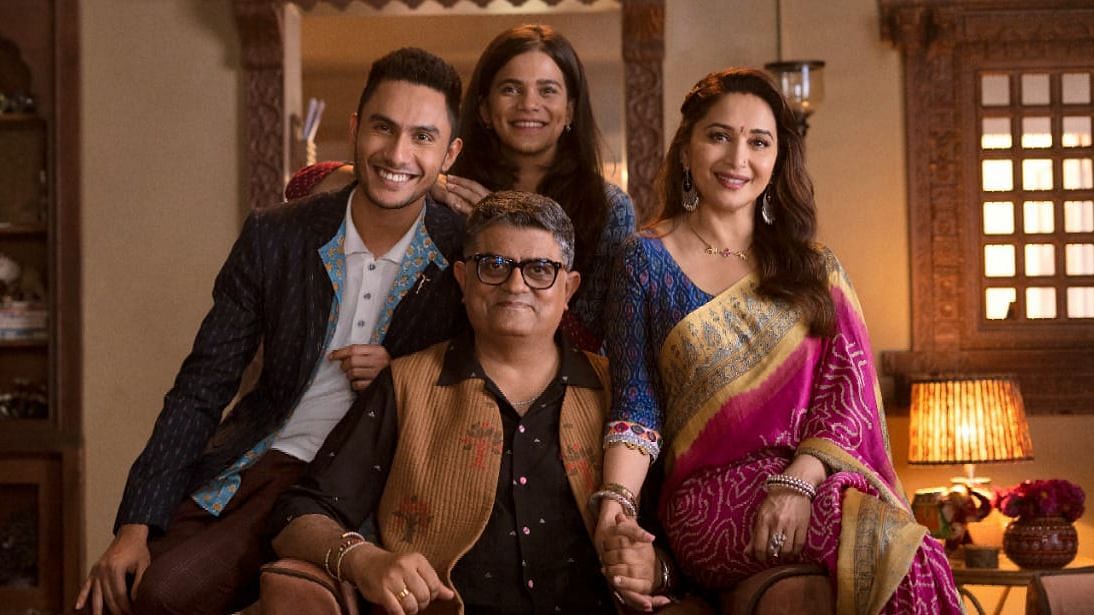