Rakeysh Omprakash Mehra and Farhan Akhtar team up again after Bhaag Milkha Bhaag, to tell a talented boxer’s journey. With a story idea by Farhan and written by Anjum Rajaballi, Toofaan is about a local goon, Aziz Ali, stumbling into the world of boxing and realising his love for the sport.

He is further honed by a much-revered coach, Narayan Prabhu [Paresh Rawal], who sees the potential in him and decides to groom him, despite his initial dislike towards him. Meanwhile, Aziz has met and fallen in love with Ananya [Mrunal Thakur], a doctor who helps him leave his shady past behind and look forward to being a champion. He has a constant companion in Munna [Hussain Dalal]. Once Aziz has realised his passion for boxing, there is no stopping him. But then life takes a few unpredictable turns and Aziz is stuck at the crossroads of life.

Aziz and Ananya’s love story is old school and refreshing. Peppered with soulful songs composed by Shankar Ehsaan Loy, this is a romance that seems natural and believable. The meat of the story comes from the bigotry and double standards that the couple is forced to face because they belong to different religions.

However, there are a few things that disappoint. One, Mehra and Rajaballi play safe by sticking to the cliches that one would expect from a rags-to-champion story. Two, they fail to flesh out characters around Aziz and concentrate heavily on his journey. This unacceptable in a film that went on for two hours forty minutes too long. The film begins well, but Aziz’s story gets stretched too much and the last 40-odd precious minutes sit heavy on the film. 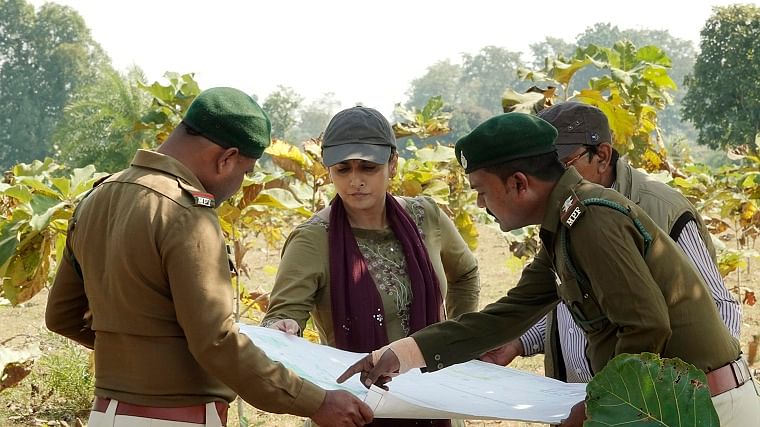 It is the performances of the actors that take this film a notch higher. Farhan’s hard work shows as he takes a long journey through the film from being a goon to a national champion to a regular unfit man to back being an athlete. Mrunal is a natural and endearing. Paresh Rawal is brilliant as usual. Hussain Dalal is wonderful too. One wanted to see more of other actors like Vijay Raaz and Supriya Pathak. This film had the potential of being a far better film, if it didn’t get too indulgent and go on for too long.