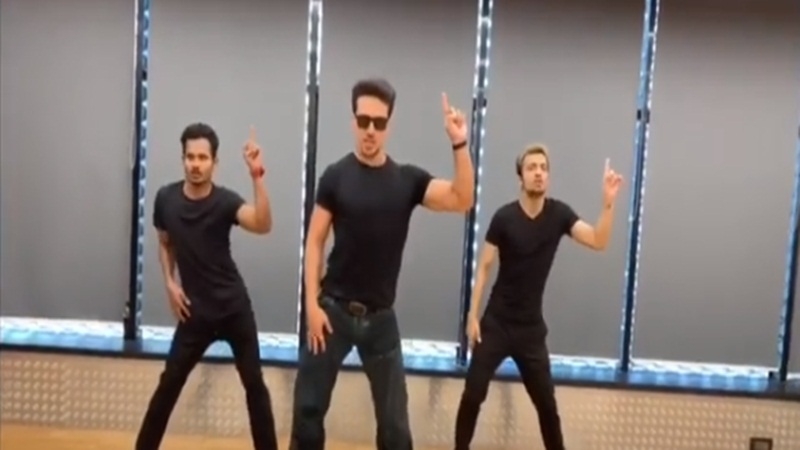 Bollywood hunk Hrithik Roshan turned 45 today, and with several Bollywood celebs pouring in with their wishes it is one person who stands out thanks to his quirky style.  Tiger Shorff wished Hrithik in a video of him dancing to the Greek God’s hit song Ek Pal Ka Jeena.

Tiger thanked Hrithik for inspiring him. He captioned the video saying, “Blessed to be working with my inspiration thank you for being born and giving direction and inspiration to so many of us! #happybirthday @hrithikroshan.”

Blessed to be working with my inspiration 🙏🙏🙏😇😇 thank you for being born and giving direction and inspiration to so many of us! #happybirthday @hrithikroshan ❤

Earlier Hrithik’s ex-wife Sussanne Khan took to her social media handle to post an adorable message, calling the actor her soul mate. She captioned the picture saying, “Happiest happy birthday to my BFF from and through this world…and onto other realms..the force will always be with you #shineonunlimited #thisman #bestBBF #10january2019 #bestdadintheworld?? #soulmate.”

Tiger and Hrithik will be collaborating in Siddharth Anand’s next untitled film. It is said that the film will have some high-octane action sequences. Talking to a news agency about the film, Tiger said, “It was quite challenging and we tried to do different kinds of action in it. I am waiting for October because then, we will start the first schedule of the film.” Sharing details about the release date, he said, “I am a huge fan of Hrithik sir. We have time for the release of the film. It will be released on October 2.”