HomeEntertainmentThe struggle is to be remembered for the work you leave behind: Nehha Pendse opens up about her journey

The struggle is to be remembered for the work you leave behind: Nehha Pendse opens up about her journey

Nehha Pendse, who made her debut with the Hindi film, Pyaar Koi Khel Nahin, as a child actor in 1999, has spread her wings and worked in the Marathi and South film industries as well. But it was daily soup May I Come In Madam that made her household her name, and later, the reality show Bigg Boss was another feather to her cap. Nehha is currently seen as Anita Vibhuti Narayan Mishra is the popular TV show Bhabiji Ghar Par Hain and in the Marathi film, June. The film is streaming on the newly-launched Marathi OTT platform, Planet Marathi.

Speaking about the movie, Nehha says, “The movie is about friendship and love, not in the typical way we have seen it. If you go with a certain assumption then you will be surprised to see this film.” The choice of title of the film is also quite different. Ask her if an English title for a Marathi film will manage to lure the audience, Nehha cuts in and says, “You will have to see the film to understand why we chose June as the title...Last scene mein pata chalega. I don't think there could have be an apt title than this.”

The movie is streaming on a Marathi OTT platform, a first of sorts for the film industry. Sharing her excitement about the movie's digital release on the platform, Nehha says, “We started considering digital release of the film towards the of 2020, because of the uncertainty around the reopening of theatres. Even if theatres open up we don't know how many people will actually go and watch movies in theatres. Also, when you talk of OTT we don't have a channel or a platform that aggressively promotes Marathi content. All our platforms are pan India content-oriented. We were a little apprehensive of how to place the film in a situation like that and we were still thinking whether we want to take that route or not. But somewhere Planet Marathi took interest in our film and when they said they wanted to launch their platform with our film, that gave us confidence.”

Nehha has a good body of work in the Hindi, Marathi and the South entertainment industries. And, since her movie June revolves around friendship and love, we had to ask Nehha what her takeaway from both the industries has been when it comes to friendship. “If there are only vested interests in each other, the friendship can never be real or selfless. We are in the industry to work and it is a competitive place. At times, when one person does better than the other, jealousy creeps in. Friendship cannot thrive in such an atmosphere. So, what we have here are probably acquaintances. That is the reason why friendship goes sour in the industry. Because till the time your selfish motives are met, you are friends, and when they aren't, you are not friends. I think friendship works better when the people involved come from different background and have nothing to gain from each other, but are still friends. For me that is friendship, which can survive the test of time,” Nehha shares. Earlier this year, Nehha stepped into Saumya Tandon's place for the TV show Bhabiji Ghar Par Hai. Replacing an actor in a popular TV show isn't an easy task. There are a lot of variables that come into play — whether or not the audience accepts the new actor in the role is one of them. “I had apprehensions, initially. But the producers and director were confident that I would be able to pull it off. I was nervous till the time the episode was aired. But they [producer and director] were clear about two things: You are a different person and you are supposed to bring yourself into the character. That took the pressure off. I have the liberty to paint my own Anita,” Nehha explains.

In a career spanning over two decades, Nehha has had a chequered career with some hits and misses in both Hindi and regional entertainment industries. “I have spent almost 22 years in the industry and people now remember my name. But I want to be known for my work. So, the struggle is to be remembered for the work you leave behind,” Nehha signs off.

Read Also
'I am not a virgin': Nehha Pendse has no issues with her husband being a divorcee 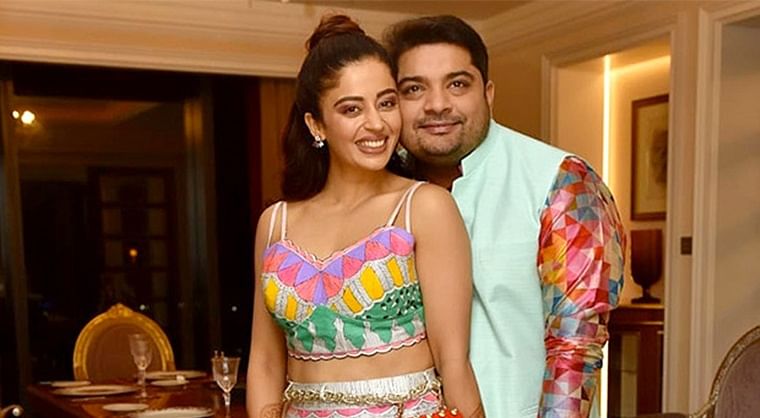 Did Kangana Ranaut accuse Ranbir Kapoor of 'spying' on her? Actress says 'he landed at my doorstep,...