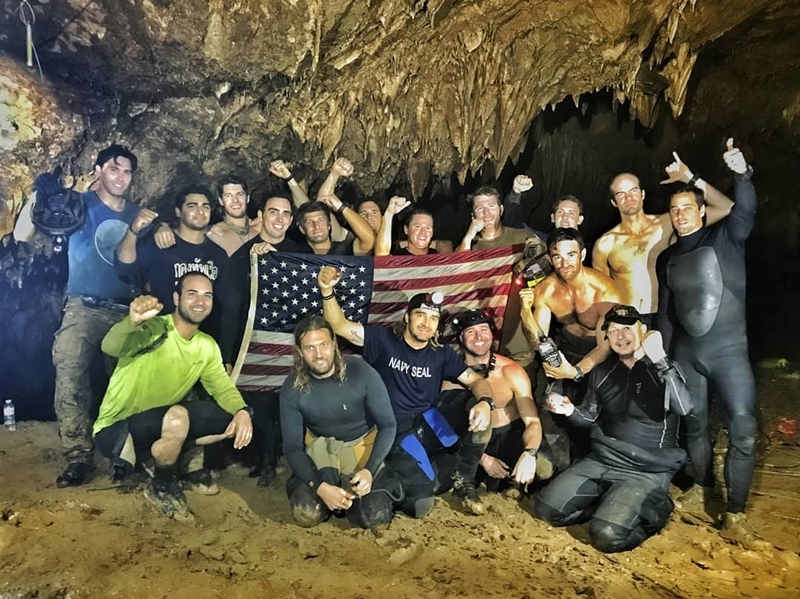 Los Angeles: The miraculous real-life story of last year’s Thai cave rescue is in development at Netflix, with “Crazy Rich Asians” fame Jon M Chu attached to direct. According to Variety, the streaming platform is teaming up with SK Global Entertainment, Chu and Thai filmmaker Nattawut ‘Baz’ Poonpiriya on the story after the 13 Thumluang Company Limited granted the rights to it and SK Global.

The movie will follow the true story of how a soccer team’s 12 teammates and coach were rescued after being trapped for two weeks inside of the flooded Tham Luang caves near Chiang Mai, Thailand during the summer of 2018. They were found 10 days later by a pair of British divers, huddled together in the pitch dark cave. Their rescue operation lasted three days and was a joint effort with many countries extending help.

“Like the rest of the world, we were riveted by the news of the Thai cave rescue. With the entire globe watching, this tragic human drama transformed into a beautiful, inspirational story of human beings saving other human beings.
“Not only did this show the best of the human spirit overcoming even the worst of circumstances, it proved that we are stronger when we work together,” Chu said.

He will co-direct alongside Poonpiriya.

Chu said, with the support of the Thai government, Netflix, SK Global and Starlight, the team will be able to share the story of the herculean international effort in a unique multi-lingual format that will allow us to work with filmmakers from all around the world, like Poonpiriya.

Chu will also serve as a producer alongside John Penotti and his producing partner Lance Johnson, under Chu and Johnson’s Electric Somewhere Company banner.

Assistant coach Ekkapol “Coach Ake” Chantapong, spokesperson of 13 Thumluang Co Ltd, said they are grateful for the opportunity to thank the people and organisations from Thailand and around the world who came together to retell their story.

“We look forward to working with all involved parties to ensure our story is told accurately, so that the world can recognise, once again, the heroes that made the rescue operation a success,” Chantapong said.

Other films on the rescue have either already completed, like indie film “The Cave” or are in the works.

Universal Pictures acquired the life rights to Coach Chantawong, Dr Richard Harris, Dr Craig Challen, and the players on the Wild Boar soccer team back in September and is currently developing a movie.

The story will be getting another film treatment with Pure Flix Entertainment, which produced “God’s Not Dead”, also planning a feature. National Geographic is developing a documentary on the story.