Sunil Grover is a name in the television industry that people reckon with. His characters, Dr Mashoor Gulati and Gutthi, made him a household name. He has been a master of comedy and people have always loved him for that. Of late, he has been experimenting, moving away from comic roles and playing varied characters on the OTT. His latest show, Sunflower, which is streaming on Zee5, has garnered a lot of praise from the audiences. In a candid chat, Sunil opens up about his quirky character of Sonu Singh in Sunflower, being typecast, the commercialisation of OTT, and playing female characters. Excerpts:

You brought in a lot of nuances to the character of Sonu Singh. Did you improvise while filming or was it all scripted?

A few things were written and a few were improvised on the set. The scene where I put my hand on the policeman’s shoulder was written in the script. It was so beautifully written that it looks like it was improvised, but it wasn’t. That’s the magic of Vikas Bahl’s writing. It seems natural and improvised and that is what the approach was. There are a few things that I would suggest and it was kind of him that 90 per cent of the time he would say no (laughs). But five to 10 per cent of the times he would say, ‘Okay, let’s do it.’

Sonu Singh is not trying to be funny, but he is. How did you manage to get into the skin of the character?

I read the script and liked it. But while shooting, playing different emotions and giving it your own characteristics and making it your own was pretty interesting. It should feel that all of those emotions are coming from just one character and not from three different people. That was something that I had to think about and spend time with. I got a lot of help from Vikas [Bahl]. We had discussions about how the character should be played and then we finally approached it.

Whenever you are playing a character, do you think the audience has an expectation that it will be funny in some way or the other?

Their expectation is absolutely justified because my work so far has been like that, and that’s where I am making people expect this from me. But I feel if you want to work in these mediums every character has varied layers and shades, if you want to play them that way. Also, most of it depends on how the makers see you, how they look at you, how they look at your work and how they are able to utilise you. So, the credit definitely goes to them to explore that side of me. I was actually scared in Tandav. I was worried and concerned that what if when my character is murdering someone and the audience ends up laughing at it. But, I was lucky that the audience didn't think that way and they were with the character. This, of course, gives you an opportunity to function and behave the way the character should. I am enjoying this time.

Read Also
'I have 20 filters in my brain': After 'Tandav' controversy, Sunil Grover says he doesn't want... 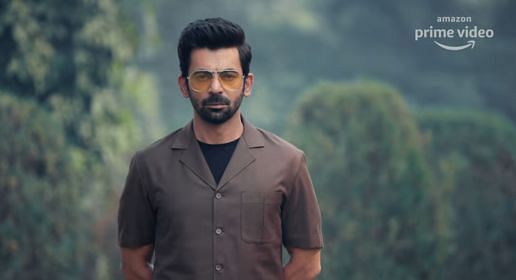 OTT has been driven by content. But during the lockdown, several commercial masala movies started releasing digitally. Do you think the OTT content is getting watered down?

So, my understanding of it is that the medium makes a lot of difference. People have different expectations from different mediums. However, there are cases where no matter the medium, the release would have never worked. There are OTT shows as well that do not work. As a maker, you do not know how the audience will react. The intention is always to make good things so that people like them. If there is something I really like and it has the potential to entertain the audience to my understanding, I become a part of it. It’s the audience who decides and you do not know what the future is. As makers and creators it is a study for them, but for me as an actor or a performer, if I believe in something I just do it.

You’ve been a master at drag acts. What is the one thing that you find is the most difficult while playing a female character?

Whenever I play a woman, I don’t think from a gender point of view. I think it is a person, it is a character and it happens to be a woman. That works for me and I get convinced. If I only think of the feminine aspect of it and the gender change thing, I don’t enjoy doing it. Just think of it from the character’s perspective and her mindset. It's anyway a caricaturish version and a heightened reality. So, I approach it from a character’s point of view and not from the gender point of view.