I would always tell him he is a star with a lover boy face, so no one would give him roles of a mafia chief, a dada or a gay. Later in life he did those roles and shocked me, the filmmaker writes.
IANS 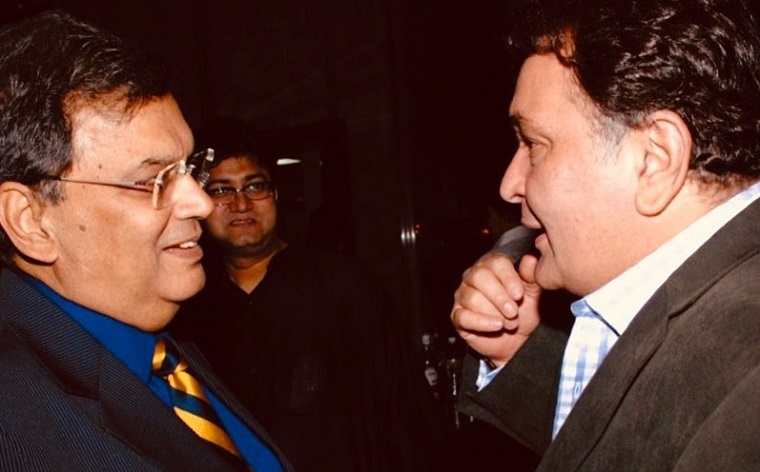 Mumbai: I have so many memories with him that I can write a book on Rishi Kapoor. I came to know about his demise through Amitabh Bachchan's tweet. Then I called up his family, there was no response then I saw the TV, I was shocked. I couldn't believe it.

Earlier this year, I had met him and he spoke to me about his new film and shooting. I told him 'Why do you work? You should take rest now. God has rung an alarm'. He said 'You can rest, but I can't. In the last five years, you didn't make any film after 'Kaanchi'. Make a new film, I am with you, everyone is with you'. It was like my dad scolding me whereas I had gone to scold him! I started laughing. For me, he is always Chintu, a kid. I could see a child in him till the end of his life.

Bonding of 40 years n pix of every age and stage. N today I m under lockdown to see my best friend #chintu. RIP my friend 🙏🏽

Our relationship was not of a professional level. We had an internal bonding. He was one of my dear friends. We used to worry about each other. He was a simple soul, blunt, frank, honest. Agar galat baat pe lada toh woh phone karta (if he fought on wrong issues, he would call up) and apologise.

I would always tell him he is a star with a lover boy face, so no one would give him roles of a mafia chief, a dada or a gay. Later in life he did those roles and shocked me. Then he said, 'Now you write a character for me'.

He knew that if he suited a character, I would take him otherwise I wouldn't. We used to often meet at functions, eat food at each other's homes. Our bonding never got over. Generally, after a film gets over, the actor forgets you and moves on. There are few who will be a friend of friends. People used to be surprised thinking these two don't do films together but 'dosti bohot hai'. We used to have heart-to-heart conversations. It was above our professional interest. I would definitely include Rishi Kapoor in one of the top five finest actors of India.

He belonged to a family that was always united. Chintu was a family man. He had a great balance of family values and professional values. Chintu —bacha — bache ke wajah se woh ek acha insan tha, bache ke wajah se woh ek acha actor tha (he was a good person and actor because of the child in him). He didn't let the child in him die. That was the best quality of Rishi Kapoor.

A child star has gone. An actor who remained a child star for 45 years.