HomeEntertainmentSonu Sood not interested in entering politics at the moment

Sonu Sood not interested in entering politics at the moment

"I have been getting offers to join politics from the past 10 years...But I feel as an actor, I have miles to go. I still have to do a lot of things that I want to do," the actor says

Mumbai: Actor Sonu Sood says he is not interested in entering politics at the moment, as he still has miles to go as an actor. "I have been getting offers to join politics from the past 10 years. Many people have told me, 'you'll be a great leader'. But I feel as an actor, I have miles to go. I still have to do a lot of things that I want to do. One can enter politics anytime and I am not the kind who will try to sail in two boats," Sonu said.

"If I get into politics, I'll give my 100 per cent. I'll make sure that no one has any problem. I'll solve their problems, I'll spend time. So, I think I am not ready for it at the moment. And I think that at the moment, I am not answerable to anyone and that is why I can do things in a more open way. I don't have to ask anyone or any party 'what should I do'. I decide and do it on my own will," added Sonu.

Sonu, who became popular playing the villain in Bollywood films, turned hero in real life for many stranded migrant workers when he organised transport and resources for them to reach home amid the pandemic-induced lockdown.

"There's a place in Thane called 'Kalwa Chowk' where we were giving food, and I saw a group of people walking with little kids. I asked where they were going, and they said they were going to Karnataka," Sonu recalled, adding that he then convinced them to wait for a while so that he could make arrangements and take due permissions for their travel.

"When they left for Karnataka, I was on the bus and, you know, they had tears in the eyes and smiles on the faces," the actor recalled the incident that nudged him to help stranded migrants, during a conversation with actress Neha Dhupia in a podcast of "JioSaavn #NoFilterNeha" season five. 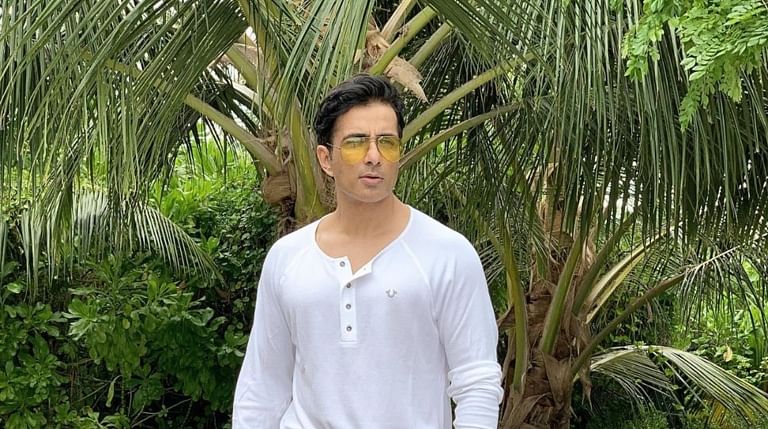