Sonam Kapoor and Anand Ahuja in true sense are couple goals. Whether it’s just goofing around, taking care of each other or travelling, they are just too cute for words. Often Sonam is seen sharing a lot of posts where she has time and again stated that how Anand has always motivated and supported her.

Check out the quotes below: Later, thanking her husband and mentioning that how grateful she is to be his wife, the actress shared the below post 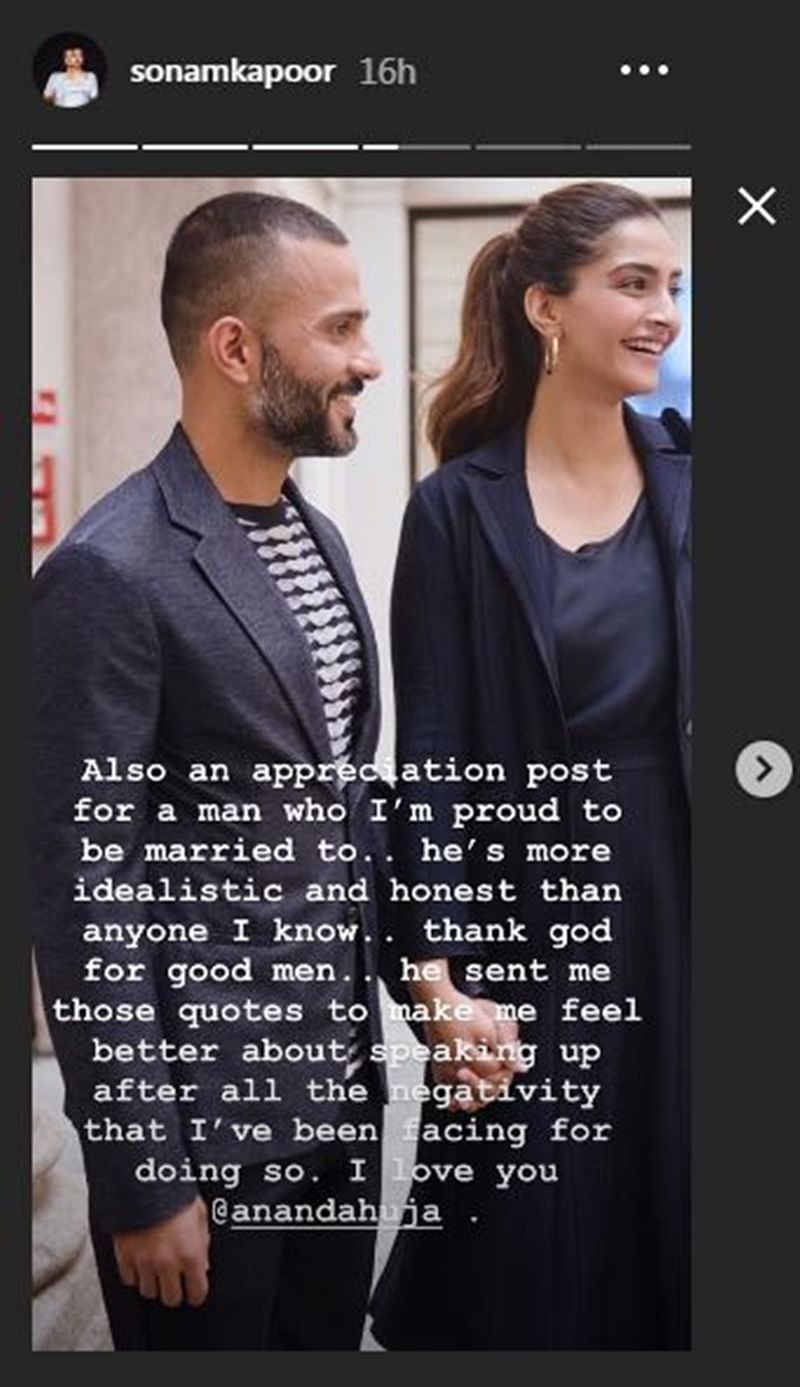 It all started when Sonam was asked about her views on Kangana’s statement where the Queen actress has stated that Vikas has often misbehaved with her. To which Sonam said, “Kangana being Kangana Ranaut, she says a lot of stuff. Sometimes, it’s hard to take her seriously, but I love the fact that she has spunk and she says what she believes in.”

This made Kangana so furious that she lashed out Sonam publicly stating that Sonam is neither a good actress nor an influential speaker.  “What does she mean by saying, “its hard to believe Kangana” When I am sharing my me too story, who gives her a right to judge me? So, Sonam Kapoor has the license of trusting some women and some she won’t…What makes her so unsure of my claims, I am known to be an articulate person, I have represented my country in many international summits, I am called as a thought and youth influencer to these summits, I am not known because of my dad I have earned my place and credibility after struggling for a decade.”

Women need to stand together! irresponsible media have misquoted me or taken my quote out of context and made other women react. All I want to say is that all I have is compassion and love for you. I’m proud of where I come from and so should every other woman or man. Let’s stand together and speak up. Let’s not pull each other down with bitterness and negativity. Love is always the answer. ☮️ 💖 drawing by @stayinkspired