After claiming that he, along with his parents and other family members, was 'harassed' at Madurai airport, actor Siddharth has released a fresh statement, explaining the whole incident. The actor is vocal about his opinions and is also quite active on social media.

Taking to his official Instagram account, Siddharth wrote that after he shared about the incident on social media, he has been receiving several messages from people sharing their own experiences.

Offering a detailed account of the alleged 'harassment' that he and his family faced at the airport, Siddharth stated that security officials flagged his 70-year-old mother's purse and also shouted at his sister 'for carrying medical injections'.

"I have flown out of Madurai Airport dozens of times and I have never had even a moment of difficulty or discomfort in the past. I was travelling with my family this time. Three elders, two young children, and a few adults. The airport was empty and we went to clear security well before our boarding time. The security line was also empty and we were the only passengers going through at the time," the actor wrote, alleging that he was harassed for 20 minutes.

He further wrote, "The CISF individual who sat behind glass kept scrutinising our IDs repeatedly including the children's passports. He then looked at my face and Adhaar card and shouted "yeh tum ho?" When I told him it was me and asked him why he asked me that question when my ID looks exactly like I do, he said he had doubts. Then the next individual shouted at us asking 'Hindi samajhte hain na?' And before we answered, rudely went on that he would throw out any ipad or phones that he found. After my bag cleared, he then took out my earphones and threw them on the tray. I told him that at various airports we have lost electronics like earphones and apple pencils and even phones left on the tray and have been advised to avoid keeping them on the tray because of theft. To which we were told that this is Madurai and these are the rules." 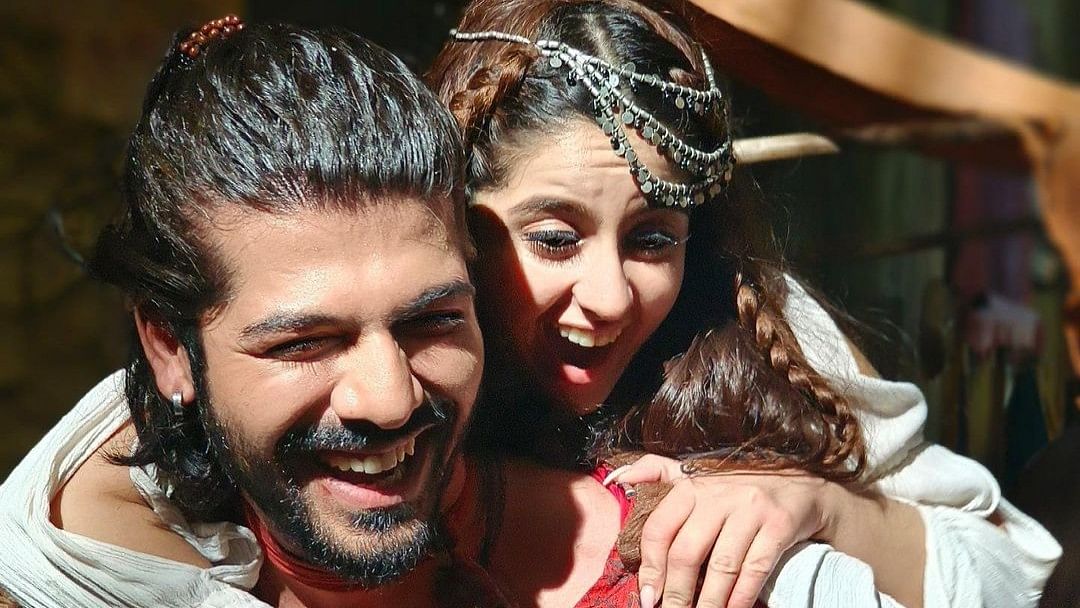 "I told them we had elders in the group so they can be gentle with them. They then flagged my mother's purse and asked her if she had any coins in it. She said that she did. They then told her to remove all the coins from her purse. When I asked them why that was needed as currency coins are both allowed and clearly seen in the scanner, they replied in India it is the rule that we must remove whatever they ask us to remove. I told them it was unfair to make someone over 70 empty their purse like this. I also asked if something was wrong and why they were talking to us so rudely," he added.

The actor further stated that both the airport authorities and airline representatives apologised to him on behalf of the CISF. Siddharth and his parents were recently at the Madurai airport heading to Kodaikanal for a vacation. However, he claimed that the security personnel misbehaved with them.

Siddharth shared the incident on his Instagram stories and wrote, "Harassed for 20 mins @ Madurai airport by CRPF. They made my senior parents remove coins from their bags! And repeatedly talked to us in Hindi after being told to speak in English.Rude AF:(When we protested, they said in India, this how it is. Jobless People showing off their power."

However, the actor made a mistake by tagging the post to CRPF [Central Reserve Police Force] instead of the CISF [Central Industrial Security Force]. 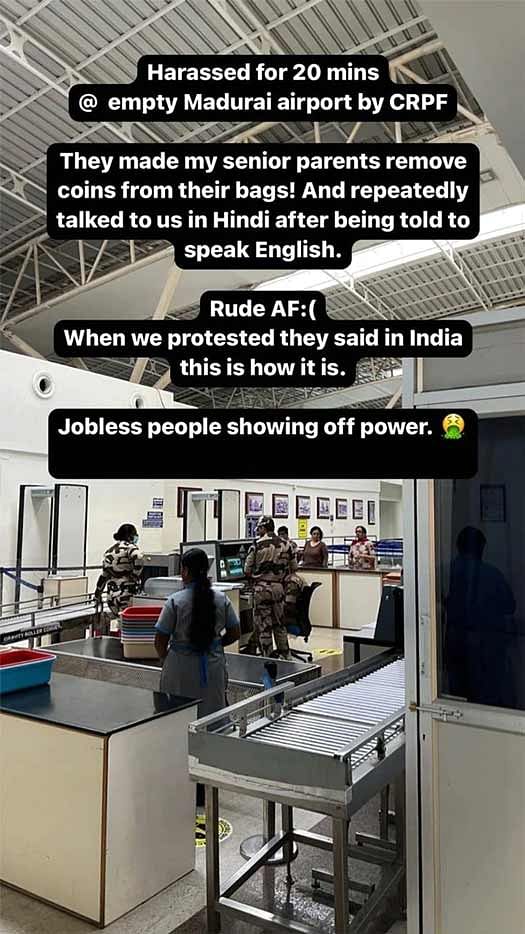 Meanwhile, on the work front, Siddharth was last seen in the Disney+Hotstar web series called Escaype Live. He will next be seen in Indian 2 starring Kamal Haasan. 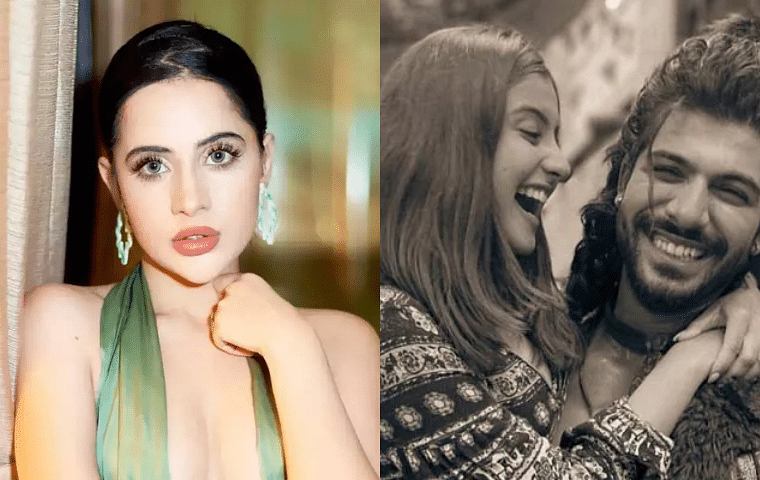