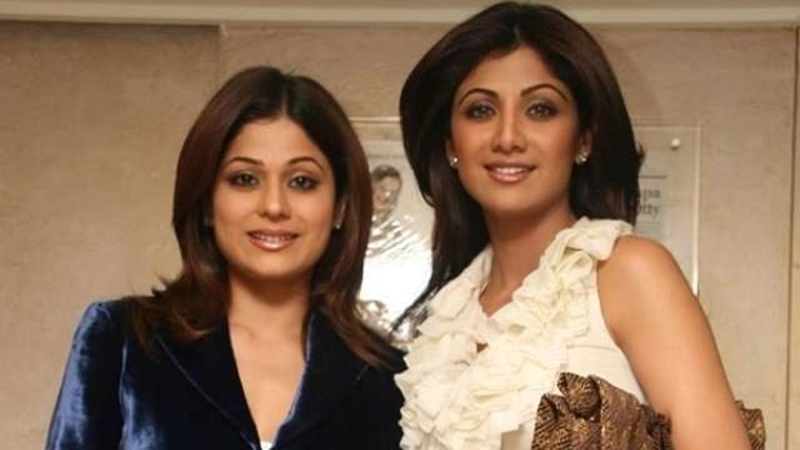 Not too long ago, Shamita Shetty was trolled heavily on social media by many for misbehaving with a fan. This further led to the actress taking to the platform to clarify on the matter wherein she explained that she was in inexplicable pain during the moment and was anxious about reaching on time. And now, she has received support from her actress-sister Shilpa Shetty Kundra and also the latter’s hubby Raj Kundra on Instagram.

It is a known fact that a video of Shamita Shetty adjusting the camera for a fan who was struggling to click a selfie went viral on varied platforms. It was followed by a heavy backlash with many calling out the actress of her inappropriate behavior with a fan. While the actress clarified on the matter wherein she revealed that she was undergoing a treatment for slip disc during that time and was in pain, her sister Shilpa Shetty has now extended support to her sister and asked her to ignore judgmental people.

In the comment section, Shilpa commented on Shamita’s post saying, “Judgements are a confession of ones own character.. @shamitashetty_official do your own karma .. this is part and parcel of our life.. lots of pros a few cons.” On the other hand, it was followed by another comment made by Shamita’s brother-in-law [Shilpa’s husband] Raj Kundra wherein he said, “Don’t explain and don’t complain best philosophy haters will hate thats their job! Keep rocking.” 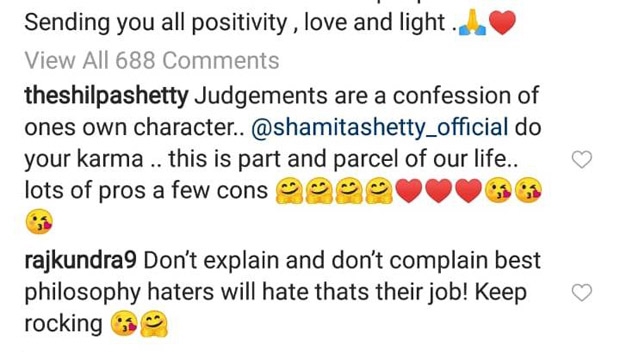 Shamita Shetty had confessed that she was suffering from slip disc when she took to Instagram to share the post. She had written a long note along with posting a series of articles that were bashing her for her misbehavior. She had said, “I was rushing out of the place with an emergency to attend too, with a slip disc in my neck .. I don’t wanto get into details of that but I still complied with a photo to my fans waiting there but it was taking so long that I was getting impatient…I can’t walk around with a board that I’m under medical treatment for a very painful neck slip disc but try to keep a smile on my face & did take pic n helped her take the pic as she was struggling with the right lighting.” (sic)