Durand Cup 131st edition is all set to release the anthem song sung by Shaan and Papon. The anthem captures the affection and essence of the oldest football competition and the most loved sport. It has been incorporated into five languages - English, Hindi, Assamese and Bengali and Manipuri.

Shaan said, "The Durand Cup is something that all of us Indians should be very proud of. It's the oldest tournament in Asia, the third oldest in the world, going on for 135 years now. The Indian Amry is associated with the Durand cup, so I followed this league very closely. I've had the opportunity to sing the anthem in 2019 for Bikram Ghosh, the Durand Cup anthem and again, and to get this opportunity through Papon to sing it again for the 2022 Durand Cup is obviously a matter of pride and I'm very happy to be part of this anthem." 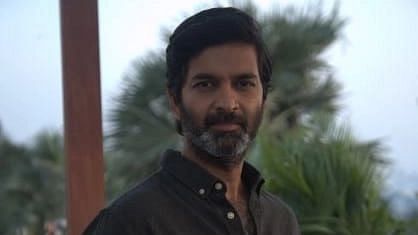 "To sing the song or work on the song with Papon. It's always fun because Papon is not just a great musician, a great singer, but also a very dear friend, a lovely human being, we have a very close connection. It's always a pleasure to work with him, I'm a big fan of his work, not just as a singer, but also as a composer. So, I really enjoyed singing the song and singing along with Papon and all the talented musicians who are involved in the song," he added.

Sharing his excitement, Papon said, “The reason behind the composition of the anthem is because I had the opportunity of meeting with an amazing gentleman and sir Lieutenant General Rana Pratap Kalita. It was an honor and moment of pride and also that he belongs to the Eastern region. It just came up in our conversation about the Durand Cup and we spoke about the anthem. This was an opportunity I got from the Army to compose and produce the anthem and I grabbed it with both hands." The singer further said, "This time it was challenging because I had to incorporate it into five languages because the football trophy this year is going from Kolkata to Guwahati to Imphal, the three cities. So it was a massive responsibility to create something amazing and something which will showcase the power, history and multilingualism covering so many different languages and regions. So then I roped in Shaan because he is a dear friend and obviously because his voice is very celebratory, happy and Bengal and nationwide, he’s so popular. Of course, my dear friend Shaan representing Bengal, me representing Assam, and I approached Rewben Mashangva because he’s one person who’s really respected and has done amazing work in that region, so, he also agreed so that’s how we all came in and I composed the Durand Cup anthem."

Papon further said, "The history of the Durand Cup is so amazing that it is just an honor to be part of it in some way and I'm happier that I’m creating the anthem for the Cup this year which is a very significant year because this year 20 teams including all ISL teams are taking part. So, it’s much bigger than ever and it’s really nice that Asia’s oldest football league is opening up and shaping into a new avatar which I think is going to be really watched and celebrated across India, and across all football lovers of the region.”