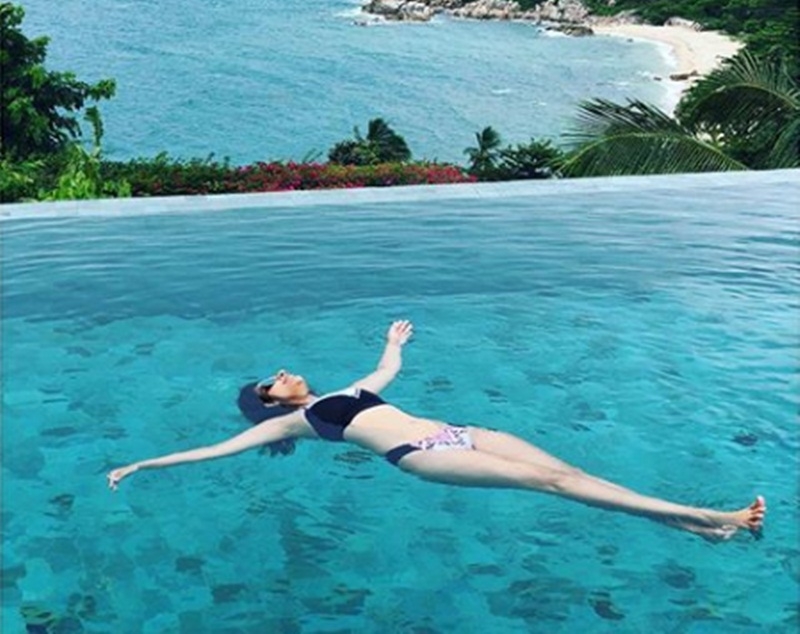 The bubbly turned sexy siren, Parineeti Chopra is having a time of her own. Parineeti first flied to Dubai to ring in her 30th birthday with friends and now the actress is in Koh Samui, an Island in Thailand with her gal pals. People who follow the actress on social media knows that Parineeti is a water baby and is a certified professional scuba driver.

The actress is often spotted vacationing in Maldives or any other place which is famous for their water sports. So it was but obvious that after Dubai, it was an island which Parineeti opted to go on a vacation. The actress shared a photo of her on Instagram where she can be see lying in a pool in a black bikini and has captioned the picture, “Switch Off’” Going by the picture we just envy Parineeti’s chilled life and the time which she is having. Check out the post below.

On work front, Parineeti’s recent film Namaste England starring Arjun Kapoor didn’t go well at the box office. The actress recently opted out of Anurag Basu’s ‘Life in a Metro 2’ as the dates which Anurag wanted from her are colliding with her other films Kesar and Jabariya Jodi, for which she has already started shooting.