‘Satyameva Jayate’: Amruta Khanvilkar on her chemistry with Manoj Bajpayee, he looks angry but is calm and tricky 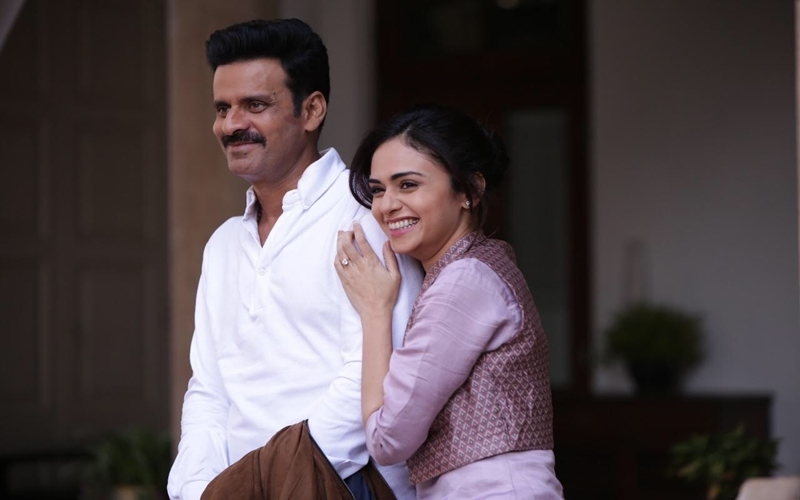 Talented and stylish actress Amruta Khanvilkar has become the talk of the town because of her recently released film ‘Raazi’ in which she played the character of ‘Munira’ so amazingly. Now everyone is talking and wishing her best luck for next Bollywood character ‘Sarita’ in ‘Satyameva Jayate’ directed by Milap Zaveri. Amruta has played the character of Sarita, who has shown the wife of the Indian Police. The main feature of this character is that it will show Amruta’s real-life behaviour on screen. Because the behaviour of Amruta is very similar to Sarita.

Actor Manoj Bajpayee plays the role of Amruta’s aka Sarita’s husband in this film. So, the chemistry of husband and wife between this couple will also be experienced. Even though Manojji looks strict and angry, but he is very calm and tricky with nature, says Amruta. While shooting in the same scene Amruta got so involved in watching Manojji’s act that she forgot acting there and Manojji prompts her ‘take your line…’ Also Amruta asked so many questions in fun to Manojji that he said she takes my Interview. With all these scenes we can imagine how joyful and loving pair they are and their on-screen chemistry will definitely entertain the audience for sure.

Along with Manojji, Amruta got an opportunity to work with handsome hunk John Abraham. The audience knows how talented John and Manojji are, but Amruta got the opportunity to experience them as a human being. As an artist, John is very hardworking and talented actor but he is a very good person, he is so loyal to his work, he is so down to earth and his association with everyone is beyond simplicity. Now it is a visual treat for everyone to watch out talented Amruta to work with these two outstanding actors in ‘Satyameva Jayate’.

So be ready to witness their story in the film, ‘Satyameva Jayate’ which is releasing on 15Th August in your nearest theaters.