Sathyaraj aka Katappa is causing trouble for ‘Baahubali’ again. Here’s how 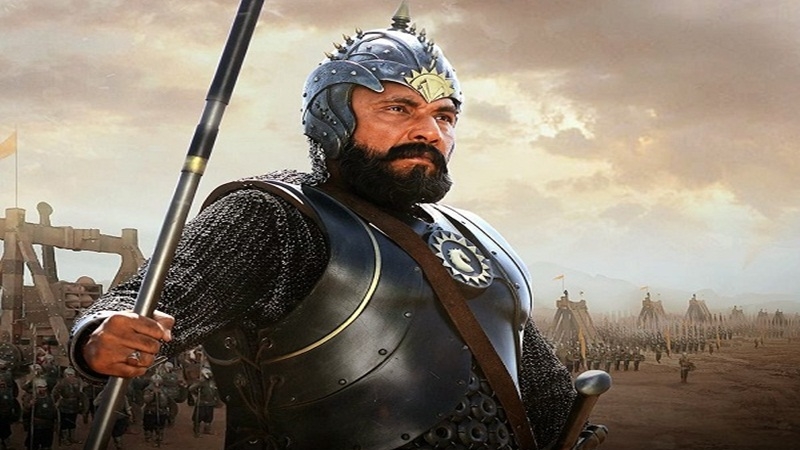 Even as the million dollar question of why Katappa killed ‘Baahubali remains a mystery, the release of the much-awaited sequel of ‘Baahubali: The Beginning’, directed by SS Rajamouli, is expected to face problems in Karnataka. As the protest against the film’s release reached fever pitch, Rajamouli released a video appeal on Facebook to all Kannadigas to allow the film to be released.

Rajamouli’s request
In a new video statement Rajamouli said, “Whatever Sathyaraj has said has no relation with the movie or its crew. The comments were made by Sathyaraj 9 years ago. Since then many of his movies have released, even ‘Baahubali’. I request all to support ‘Baahubali 2’ the way they did for part one. We have informed Sathyaraj about the situation. We have nothing to do with his comments.”

He added that the comments were from a long time before and the makers were not aware of it till the issue arose. “Till we watched this video a month ago on social media, we did not even know about this issue. It has been nine years since he made this comment. After that, there have been many movies in which he acted or produced that have released in Karnataka. Baahubali Part 1 also released here. The way you have shown support for all these movies, in the same way, we request you to support Baahubali Part 2 in the same way,” he said.

Cauvery issue controversy
The pro-Kannada groups had taken exception to comments allegedly made by actor Sathyaraj in relation to the Cauvery issue some years ago. According to these groups, Sathyaraj had allegedly referred to Kannadigas as dogs. However, it is not known exactly when and where Sathyaraj made these comments.

Raking up the issue in connection with the film’s release, these groups announced they would not let the film release unless Sathyaraj apologised or was removed from the film. Besides the opposition by the film chamber, pro-Kannada organisations also plan a state-wide bandh on April 28, the release day of ‘Baahubali 2’.

After SS Rajamouli’s emotional video requesting his Kannada friends to not stall the release of the film- ‘Baahubali 2: The Conclusion’, actor Sathyaraj who is essaying the role of Katappa, has apologised to the Kannadigas for his comments which he made nine years ago on Cauvery water issue.