Controversies aside, Sadak 2 is a good film and totally worth watching

Ravi Verma (Sanjay Dutt) is mourning the death of his beloved wife Pooja (Pooja Bhatt). His several attempts to commit suicide fail. Later, he realises there is some unfinished business that he needs to conclude. Aarya (Alia Bhatt) a fierce activist, who is fighting against godmen, knocks on his door. Just before Pooja passed away she had entrusted her husband to drive her to Mt. Kailash.

Aarya knows that Gyan Prakash (Makarand Deshpande), a one such godman, is sitting on the wealth earned by her mother. Him, along with her aunt and father Yogesh (Jisshu Sengupta) are plotting to get rid of her. Helping her, apart from Ravi, is her boyfriend Vishal (Aditya Roy Kapur). Vishal is also a victim of Prakash’s heinous ways. Whether all of them make it out alive out of this battle is for you to find out.

Pooja Bhatt and Sanjay Dutt-starrer 'Sadak' (1991) revolved around prostitution. 'Sadak 2' is premised around the thieving ways of self-proclaimed godmen, who rob people of their money in lieu of helping society. The issue was most practically explained in Umesh Shukla's ‘Oh My God’.

Sadak 2 is interestingly dramatised and focuses on the dark ways godmen resort to and how they hypnotise innocent people and make them to do all the wrong things. Is there an interlink between the sequels? Well, there are several stock shots incorporated from the old Sadak to confuse viewers. Strikingly few relatable elements have been borrowed from the fist movie, but they don’t necessarily connect in any way.

Sanjay Dutt’s craft has matured over a period of time. We have seen him evolve as an actor delivering most convincingly from ‘Agneepath’ to ‘Munnabhai’ and everything in between. He displays outstanding skills as he plays the part of an ardent Shiva bhakt and a doting husband in 'Sadak 2'. One of the most touching parts in the film is when he intuitively accepts Aarya as his own daughter and fights for her. What is more interesting is that he has maintained the essence of Ravi Verma from the first 'Sadak', which earned him a phenomenal fan following.

Alia delivers yet another power-packed performance and silences her critics once again. She handles her mettle with panache. She is hundred percent involved in playing Aarya and takes to her role like fish takes to water. From playing the bubbly romantic girl in ‘Two States’ to playing the ardent patriot in ‘Raazi’, Alia’s versatility allows us to believe that her capacity knows no bounds.

Aditya Roy Kapur starts with bang, but dulls down towards the second half of the film. The movie sees him playing a romantic role, but flashbacks show the dark side of the character he plays. While he plays the romantic parts with great ease (like he did in films like ‘Aashiqui’), it's the darker parts where he lacks conviction and fails to impress. We would also like to see Aditya exploring his potential to the fullest and playing more nuanced parts.

Jisshu Sengupta renders that intriguing twist to the tale as Yogesh. He seems all straightforward and nice at the start, but gradually and subtly transforms into an inconceivably dark character. Throughout the movie, you only see Pooja's picture and hear her voice, but yet her presence is overpowering, making you wish she ACTUALLY was in the film. Controversies aside, 'Sadak 2' is a good film and totally worth watching.

Name of the movie: Sadak 2

Read Also
The Gone Game web series review: A whodunit that keeps you hooked till the end 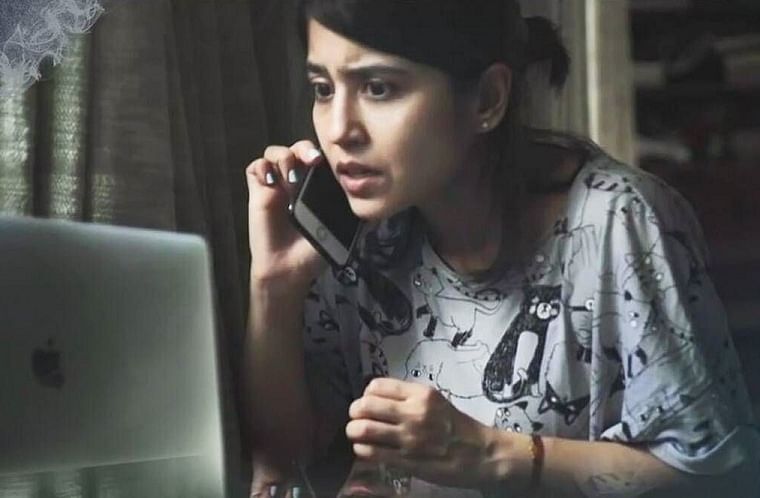