Sabhaapathy review: Despite sincere lead performances by Santhanam and M S Bhaskar, the film falls flat on its face

This R Srinivasa Rao directorial is a below average fare 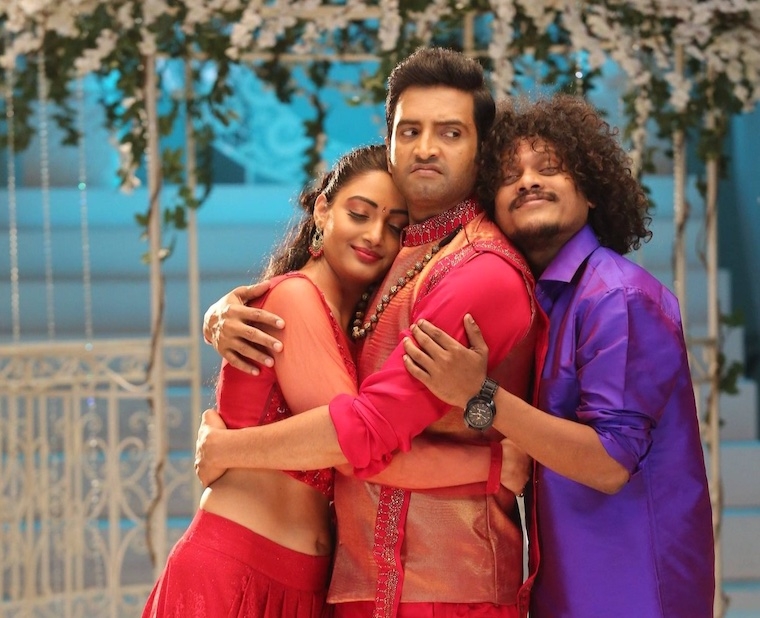 Beginning with a voiceover of ‘Vidhi’ (fate), ‘Sabhaapathy’ is a comic fantasy drama revolving around a simpleton having a speech disorder of stammering. As we see the titles, the old man representing fate announces that he will be playing a game with Sabhaapathy’s (Santhanam) life soon after a road accident. It certainly changes his life when he finds a bag full of notes of 20 crores falling out of a burning van belonging to a corrupt politician (Sayaji Shinde). But strangely, the accident happens one hour into the film around intermission, giving almost nothing to write about its initial hour.

Directed by R Srinivasa Rao, 'Sabhaapathy' tests your patience in its first half with no story development of any kind as per the announcement made in the beginning. Vaguely throwing in sequences of quarrels between the father and his son, love interest in the neighbour and a jobless friend, the film goes on and on with the twist coming just before the interval. However, even after the revelation, it remains a strictly below-average drama, largely relying upon slapstick comedy focusing on the bag full of money changing hands. Minnal Murali review: India finally gets a cool and original superhero movie with splendid acting by...

With only a few entertaining scenes, 'Sabhaapathy' is quite an exhausting film that has only one merit of sincere lead performances by Santhanam and M S Bhaskar playing his father. So, this can only be seen for them in particular or can easily be missed for something better.