HomeEntertainmentRitwik Bhowmik on working with Madhuri Dixit in Maja Ma: 'She pierced my heart with poetic gaze'

Ritwik Bhowmik on working with Madhuri Dixit in Maja Ma: 'She pierced my heart with poetic gaze'

Ritwik Bhowmik is OTT’s darling who rose to fame with Bandish Bandits. Having showcased his talent in multiple projects, he is now set to make his foray in films. He will be seen sharing screen space with Madhuri Dixit and Gajraj Rao in Maja Ma which premieres on Prime Video on October 6.

Essaying the role of Pallavi Patel’s (Madhuri Dixit) son Tejas in the film, he shares how much of an emotional journey it has been, and how it was working with the legendary actress.

Talking about the role, Ritwik said, "I really love listening to stories. So whenever I hear something interesting, be it a film or a show, I become very excited at the potential to be a part of it. When I was auditioning for this film, I didn't know the entire plot. All I knew was that Anand Tiwari sir was directing it and that this is a Prime Video film. But, after listening to the entire story, I felt so honored as a young actor to be a part of such a film and to work with such a stellar cast. I do believe that as an actor I couldn't have asked for a better debut in movies! I have always loved family entertainers, so to finally be a part of one is like a dream come true.”

Recollecting Madhuri Dixit’s work and how it inspired him to be an actor, he said, “Most of my life I've watched Madhuri ma'am's films. I have grown up watching Devdas and hence I could understand emotions a bit more than as a child and also what performances could mean. The film and what Madhuri ma'am did with her character affected me a lot. She pierced my heart with a poetic gaze in her eyes.”

Produced by Leo Media Collective and Amritpal Singh Bindra; directed by Anand Tiwari and written by Sumit Batheja, Maja Ma is a family entertainer, set against the celebratory backdrop of a traditional festival and a quintessential, colorful Indian wedding. Warm and funny, this light-hearted yet thought-provoking drama with unexpected twists and turns, features Madhuri Dixit in the lead, in a never-seen-before role. 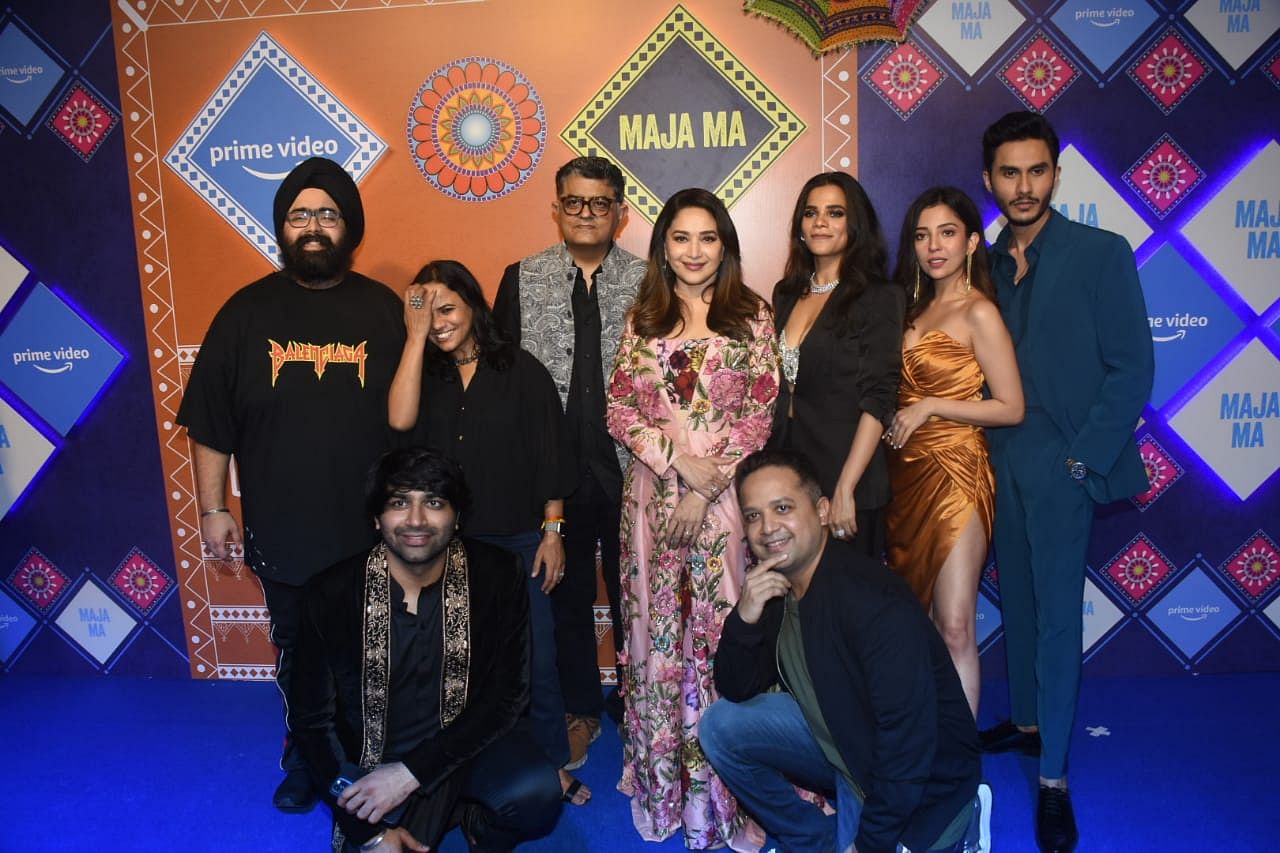