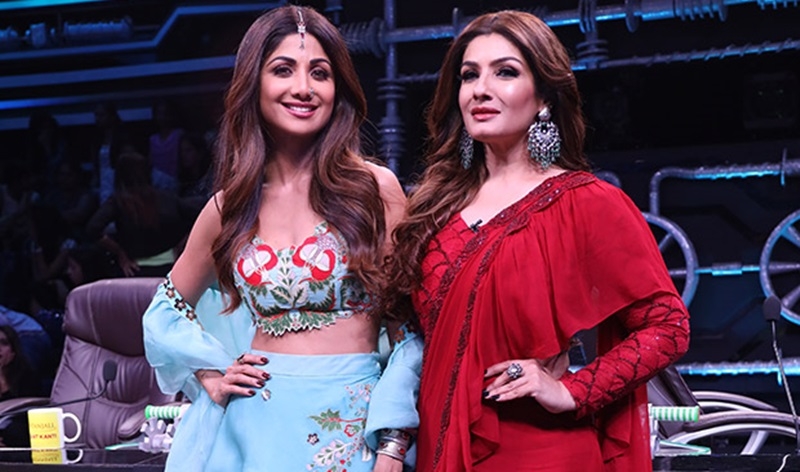 Raveena Tandon who will be seen as the guest judge in the upcoming episode of Sony Entertainment Television’s kids dance reality show, Super Dancer Chapter 3 had a gala time on the sets of the show where the contestants along with their Super Guru’s performed renditions of her famous songs.

The show has got the audiences hooked with amazing dance performances by the young contestant which leads to the show constantly topping the TRP charts.

In the upcoming episode, Guru Amardeep and contestant Gourav raised the bar by giving an, ‘out of the world’ performance on the very famous song of her and Akshay Kumar– ‘Tip Tip Barsa Pani’. Their performance was done in a way where it looked like they were floating in the air; the added effects and elements further made the routine look surreal. It not only amazed all the judges but, it was so good that Raveena started recording their performance on her phone like a fan.

The performance made Reevana recall her days of Shooting this song with Akshay. She even requested Amardeep and Gourav to give her permission in case she would like to copy their steps in the future.

Raveena further appreciated them and commented that “Gourav and Guru Amardeep’s performance on Tip Tip Barsa Pani was so good that I started recording their performance on my phone.

It is a very famous song of my and Akshay’s and many people have performed on this song but, I have never seen such an amazing performance and especially on a platform floating in the air. They fantastically caught very beat of it, which was really amazing to see.”