Ratched: Sarah Paulson puts all her passion into the role, but unfortunately the story fails her

Walk on this side of the darkness only if your appetite is sufficiently and suitably whetted, with no expectations of any connection to the 1975 classic
Anupama Chandra 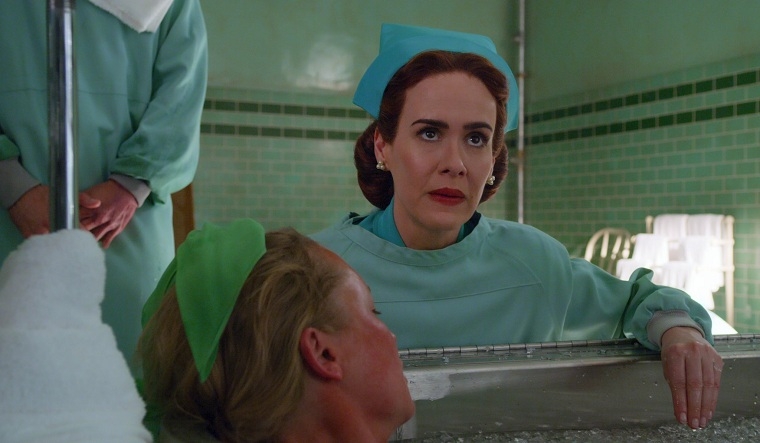 The origin story of the infamous nurse Mildred Ratched, from the horrific American book and movie ‘One Flew over the Cuckoo’s Nest’, takes us from her gaining employment at a psychiatric hospital conducting shocking human experiments to running her personal mission of saving a criminal inmate by any manner possible. As the darkness grows in Mildred’s unstable mind, there’s a fleeting glimpse of her final transformation into THE nurse Ratched.

Ryan Murphy's eponymous Netflix series is an attempt at a prequel to one of the most fiendish literary antagonists from the unforgettable classic, Milos Forman’s ‘One Flew over the Cuckoo’s Nest’, starring an inimitable Jack Nicholson as a prisoner who takes the insanity route to save himself, only to have the monstrous nurse Ratched putting paid to that plan by unleashing her unspeakable malice. Murphy's nurse Ratched’s transformation into a nemesis without an equal from the said movie is what the series purports to do.

Mildred Ratched (Sarah Paulson, owning the role) shows up as a loving sister desperately trying to save the jailed Edmund Tolleson (Finn Wittrock) from being charged with the murder of four priests and executed. Governor Wilburn (Vincent D'Onofrio) hopes to ride the execution as a ticket into his re-elections. To add flair to the drama, he insists on Tolleson’s execution by the electric chair at a mental asylum headed by an addict doctor, Dr Hanover (Jon Jon Briones) and his sycophantic head nurse Betsy Bucket (suitably played by Judy Davis).

Ratched cons her way into a nurse’s position there and through crook more than hook makes herself indispensable to the doctor; with the sole motive of saving Tolleson from a sure death. Several subplots like her abusive foster childhood, Tolleson's ungrateful attitude, her getting drawn to the Governor's Press Secretary (Cynthia Nixon), etc. detract heavily from the primary proceedings and Ratched’s progress to the beast we all know. Mrs Osgood’s (the ever stylish Sharon Stone) story alongside her son’s is one of the subplots, and its treatment does nothing to justify the stylish star’s presence.

The series fails spectacularly in establishing any connection between Paulson’s Ratched with the gruesome nurse as movie fans have known her. It works hard at establishing a peerless atmosphere that’ll forever be synonymous with the series — the stylishly cut clothes, the neatness of the asylum, the quaintness of Lucia — all provide a sharp contrast to the macabre tortures at the heart of the series, lending a nasty poetic license to the damned proceedings. They are also integral to the trademark Murphy aesthetic; so I came away with a distinct feeling of having watched another series of ‘American Horror Story’ instead of Ratched.

Sarah Paulson puts all her passion into the role, but unfortunately the story fails her. The characterisations lack the necessary dedication required to wield the legacy it needs, and the uncountable subplots undercut the well-mounted production and dedicated performances of a stellar cast. For a series that flags off each episode with the epithet of being based on the original Ratched, the story hardly justifies this claim, with no explanation or connection as to how she’ll grow into the massive shoes she needs to fill ultimately.

Anyone who has seen the original 1975 classic will shudder at the memory of Ratched; such was her persona of evil. It was not only the inmates cowering in the film; I, too, have watched much of the latter half through slits in my finger-covered face. This nurse is more Mildred than Ratched and that’s the massive failing of the series. 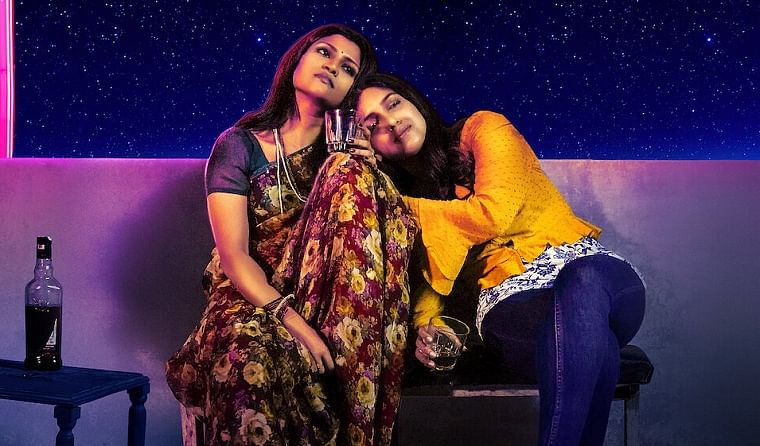