Pushpa: The Rise review: This Allu Arjun-starrer is indeed a blockbuster entertainer packed with stellar performances 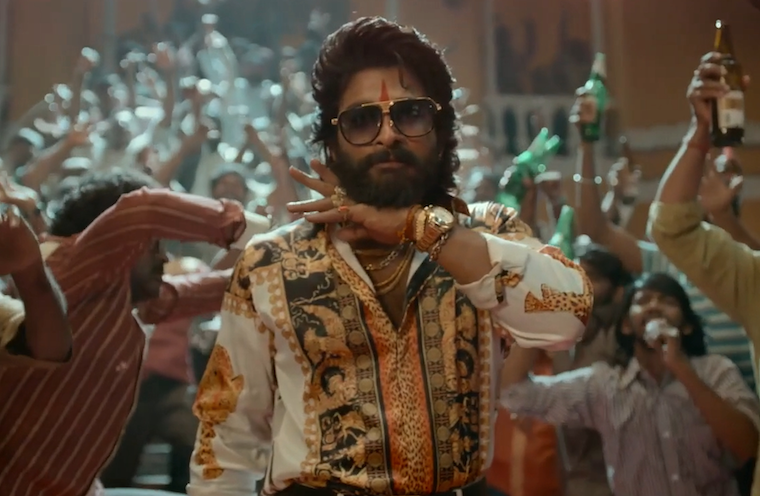 Post the impressive Rangasthalam (2018), writer-director Sukumar returns with Pushpa: The Rise, the first part of his series on the story of an underdog and his rise in the world of sandalwood smuggling. Taking us back to the time of ‘pagers’, Sukumar yet again delivers a powerful film that has everything Indian masala movies are known for.

Ticking all the essential boxes of its genre, the film begins focusing on an ambitious coolie Pushpa (Allu Arjun) who has his self-respect intact, strongly making you recall the cult Deewaar. There is also an emotional background of how his mother gets betrayed by her husband, who leaves them alone to fight with the adversities of life (Trishul). As the child becomes a strong, well-built youngster, he makes his way to the top, competing with the brothers of the local sandalwood smuggler, creating his own reign. Meanwhile, he is also desperately trying to impress a girl as a completely different person.

As far as the storyline is concerned, Pushpa has much less to offer in terms of novelty. Almost entirely based in the forest region, the premise of the red sandalwood smuggling is the only fresh element in the film, to be precise. But what makes it a winner is the way Sukumar presents his characters, their mannerisms, and the clashes of the titans with a thoroughly engaging progression accompanied by superlative cinematography, art direction, and background score. Plus, here we have songs that are not just fillers with a magnetic pull in their catchy music and well-choreographed dance movements.

Despite being a three-hour film, Pushpa works as the viewer feels connected to the rustic, not so well-dressed lead, walking with a raised shoulder having a swag. Allu truly shines in his style and dialogue delivery. The audience root for him as there are impressive villains to fight (including a vamp) and clap-worthy sequences coming at the right moment, like just before the intermission. The women in the supporting cast excel, with Anasuya Bharadwaj making the most of her brief appearance, followed by Samantha Ruth Prabhu (in the hit item song Oo antava) and Rashmika Mandanna playing the love interest.

The film continues to deliver when we get to see Fahadh Faasil (towards the end), bringing in his own charm as the bald cop conflicting with the now in power Pushpa. It ends on that note, leaving you asking for more, even when their scenes together lack the fire.

A winner all the way, the film has its shortcomings, like the hard-to-believe tricks fooling the police and the thought process of Pushpa. In one sequence, we see him saving a girl from the evil clutches of the villain, giving him a moral lesson. But in another, he has no objection to his friend offering a girl some money to kiss him. Besides, being predictable is a downer, and the climax clashes between Allu and Fahadh are underwhelming, missing the promised explosion.

That said, the first part still remains a thorough entertainer for the masses, and the second has to be better fulfilling the sky-high expectations. Thankfully, the film has been dubbed in Hindi taking good care of voices suiting the characters and their on-screen expressions with the dialogues of Pushpa superbly dubbed by Shreyas Talpade. Hence, though associated with Goldmine Telefilms, it doesn’t give you that awkward feeling of watching a typically dubbed movie on YouTube. Overall, Pushpa: The Rise offers everything one looks for in a mainstream masala entertainer led by star performers. So go for it and have a good time reliving the era of maverick filmmakers like Ram Gopal Varma, who once used to deliver such films with powerful leads and impactful villains together striking gold. 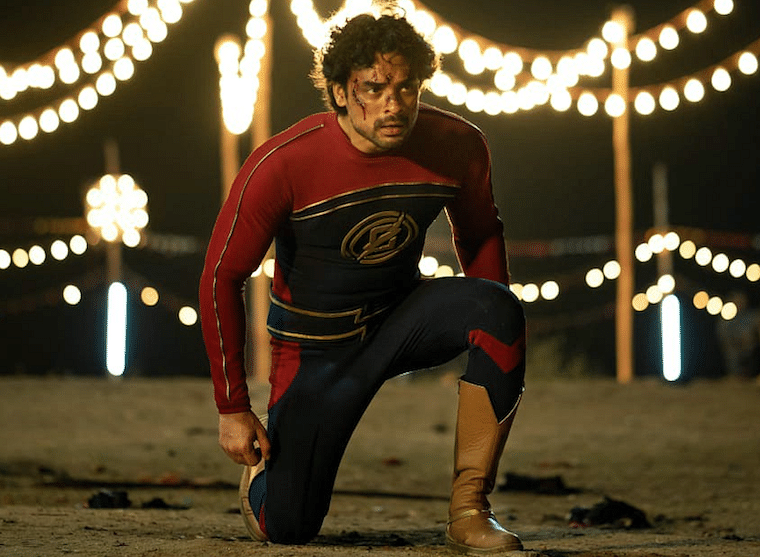 Minnal Murali review: India finally gets a cool and original superhero movie with splendid acting by...