'Baahubali' to 'Dangal', 10 highest grossing Indian films of the decade

From films breaking records of reaching Rs 500 crore clubs to making it till Rs 2000 crores, here are highest grossing movies of all times.

Bollywood has witnessed an immense growth in competition at the box office since past few years. From films breaking records of reaching Rs 500 crore clubs to making it till Rs 2000 crores, especially the second half of this decade, from the year 2010 onwards, has the highest grossing movies of all times.

From Aamir Khan's 'Dangal' to Salman Khan's 'Bajrangi Bhaijaan', here are the top 10 highest grossing movies of this decade:

Celebrating a father's hardwork, grit and love behind uplifting his daughters in a world made for men, Aamir Khan starrer Dangal was the highest grossing movie of this decade. Earning Rs 2,024 crore worldwide, the movie was inspired by the life Mahaveer Phogat and his wrestler daughters Geeta and Babita, played by Fatima Sana Shaikh and Sanya Malhotra respectively. Directed by Nitesh Tiwari, the film was released on 23 December, 2016.

Surprisingly, Baahubali 2: The Conclusion lagged behind Dangal and earned Rs 1,810 crore worldwide, becoming the 2nd highest grossing movie of this decade. Released in 2017, the mythological magnum-opus was directed by SS Rajamouli. This movie redefined South Indian actor Prabhas's life and gave a new kickstart to his career.

When it comes to highest grossing movies, how can Salman Khan stay behind! His 2015's emotional drama movie Bajrangi Bhaijaan earned a total of 969.06 crore at the world box office. It is the actor's the highest earning film of his career. Set in the background of strained relationships between India and Pakistan, the story of Munni and Mama definitely moved people.

Aamir Khan's another banger entered this club with 'Secret Superstar' earning Rs 966.86 crore from across the world. A low-key movie, the cinematic masterpiece wasn't talked much about but it had a very strong message for the audience. A story of a budding singer and her triumph over all the odds definitely moved people resulting in its success. Starring Zaira Wasim in lead, the movie was directed by Advait Chandan.

Rajinikanth's presence and Akshay Kumar's charm worked like a magnet towards money with 2.0 which released in 2018. The movie earned Rs 864.87 crore worldwide and entered the highset grossing club of this decade. A sequel to former's 'Robot', the sci-fi movie was directed by S. Shankar and had Akshay in a negative role.

Aamir Khan is the only actor with the three highest earning movies this decade. Starring Anushka Sharma as well, PK wasn't out of controversies as it questioned the blind followers of religion. However, despite this, the movie earned Rs 832 crore and is the only movie from the earlier part of this decade to have entered this club.

Baahubali: The Beginning brought in hopes for creating a high budget, extravagant movie in the Indian film industry. Earning Rs 650 crore it broke many records in 2015, the year it was released in. Starring Prabhas and Rana Daggubatti, the film definitely created a hufe fan base for the sequel which is the top most grossing movie of this decade.

Sultan is Salman Khan and Anushka Sharma's second movie in the list which has formers Bajrangi Bhaijaan and Anushka's PK. Another story about wrestlers, the movie was released at the same time as Aamir's Dangal, however, it lagged behind to stay at number 8 for the highest grossing movies between years 2010 and 2020. It earned a total of Rs 623.33 crore at the world box office.

Ranbir Kapoor's only movie to have reached this feat, Sanju, a biopic on the veteran actor Sanjay Dutt was released in 2018. Directed by Raju Hirani, the movie earned Rs 586.85 crore worldwide and made it to this list.

Surrounded by controversies throughout pre-release and after the release, Sanjay Leela Bhansali's period drama is a movie that no one can forget. With royal settings to clothes and jwelleries, Padmaavat is the tenth highest grossing movie of this decade. Featuring Deepika Padukone, Ranveer Singh and Shahid Kapoor, the movie earned Rs 585 crore in total and entered this elite club of money-makers despite life threatening protests. 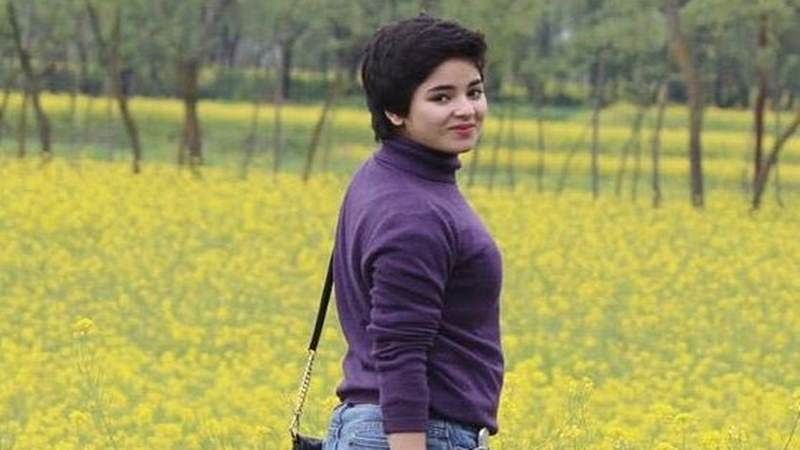