Nimrat Kaur to do another American show? 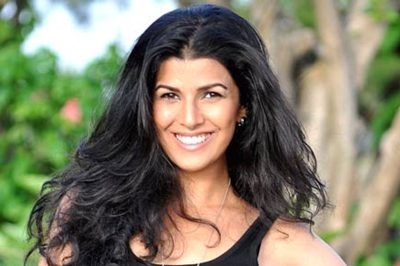 Mumbai: Nimrat Kaur garnered appreciation for her American TV debut with popular political thriller series “Homeland” and the actress says she is currently “reading stuff” for a future international project. “There is something I can’t talk about. I am talking and  reading stuff,” Nimrat told PTI without sharing more details.

When asked, if she would be doing another season of “Homeland”, Nimrat said, “I’m not doing it… It was start to finish show. I would have been crushed in the next season as bad guys don’t last much. May be something fun I would do next.”The “Lunchbox” star played an ISI agent on the fourth season of the show.

“People were astonished to see me in a negative part that I played after ‘The Lunchbox’. I got a few film offers for playing a negative part. But none of them were that exciting. It has been amazing to be in that space. The experience was wonderful,” she added.

The 33-year-old actress said the approach and mindset of Hollywood filmmakers towards Indian actors is slowly changing. “They are very open. They love talented people from different ethnicities. It is time for people to cross over from here as we have great talent here. Priyanka, being a top actress, took a risk. She is brilliant. I applaud her.” “The content and budget on television there is important. They do not compromise on that,” she said. Nimrat would be next seen opposite Akshay Kumar in their upcoming film “Airlift”, which hits theatres on January 22.