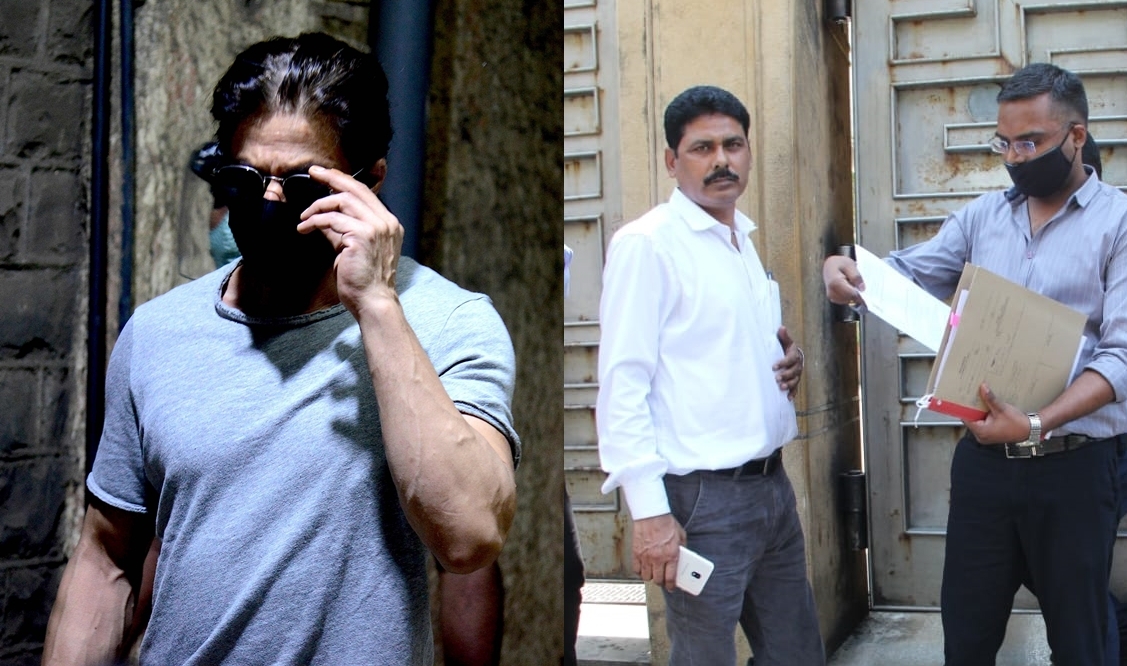 Initial reports has suggested that carried out raids at Shah Rukh Khan's bungalow, but NCB officials clarified with Free Press Journal that a team had visited Mannat to seek some documents.

Meanwhile, a team of NCB officials also reached at actor Ananya Panday's residence in Mumbai. The anti-drugs agency has summoned her for questioning today, reported ANI.

Bollywood actor Shah Rukh Khan on Thursday met his son Aryan Khan at the Arthur Road jail in Mumbai where the latter has been lodged following his arrest in a case of seizure of drugs on board a cruise ship off the city coast.

The actor reached the prison located in Mumbai Central around 9 am and left at 9.35 am, an official told PTI. Shah Rukh Khan met his son for about 15 to 20 minutes, a prison official told PTI, adding that there was a glass fencing between them and they spoke on the intercom.

The actor was allowed to meet his son, as per the prison manual, like any other family member of a prisoner and no special treatment was given to him, the official said.

A large number of mediapersons and local residents had gathered outside the prison when the actor arrived. Heavy police security was also deployed outside the jail premises.

A special court in Mumbai on Wednesday refused to grant bail to Aryan and two others in connection with the seizure of drugs. Following this, Aryan Khan moved a bail application in the Bombay High Court against the NDPS court order on his bail rejection.

Aryan Khan (23) was arrested with a few others on October 3 after the Narcotics Control Bureau (NCB) raided a cruise ship off the Mumbai coast and claimed to have seized drugs, including charas.