HomeEntertainmentNarendra Modi Birthday: Bollywood connections of the pioneer of ‘Make In India’

Narendra Modi Birthday: Bollywood connections of the pioneer of ‘Make In India’

Prime Minister of India, Narendra Modi will be celebrating his 71st birthday on Thursday, September 17. He is undoubtedly one of the most popular Prime Ministers of India.

After all, the Prime Minister has focused on the young generations and created faith in their mind to vote for him. Before becoming Prime Minister of India, he had been the Chief Minister of Gujarat from 2001 to 2014 and is the Member of Parliament for Varanasi.

As CM of Gujarat, he took the state to another level. From its roads, infrastructure to the corporate sector, Modi has developed every section with much grace and dedication.

Thus, on that basis, entire India elected him as a Prime Minister of India in 2014’s Lok Sabha Elections. Interestingly, not only the common people, but also our Bollywood celebs are much connected with Narendra Modi. His ideology, his thoughts, his concepts have always been favoured by many Bollywood celebs.

On this special occasion of PM Modi’s birthday, here are some Bollywood connections of the popular Prime Minister.

Bhaijaan Salman Khan has always been known as the man with the golden heart. His social work has always been applauded by many people. Thus, there should not be any wonder of Bhai’s connection with PM Modi for the social welfare. The duo has been sharing good rapport with each other even before becoming Prime Minister of India. Salman was once seen flying kites with Modi at a festival in 2014, the pictures of which had gone viral. The actor has also been associated with Swachh Bharat Abhiyan and keeps praising the PM whenever possible. 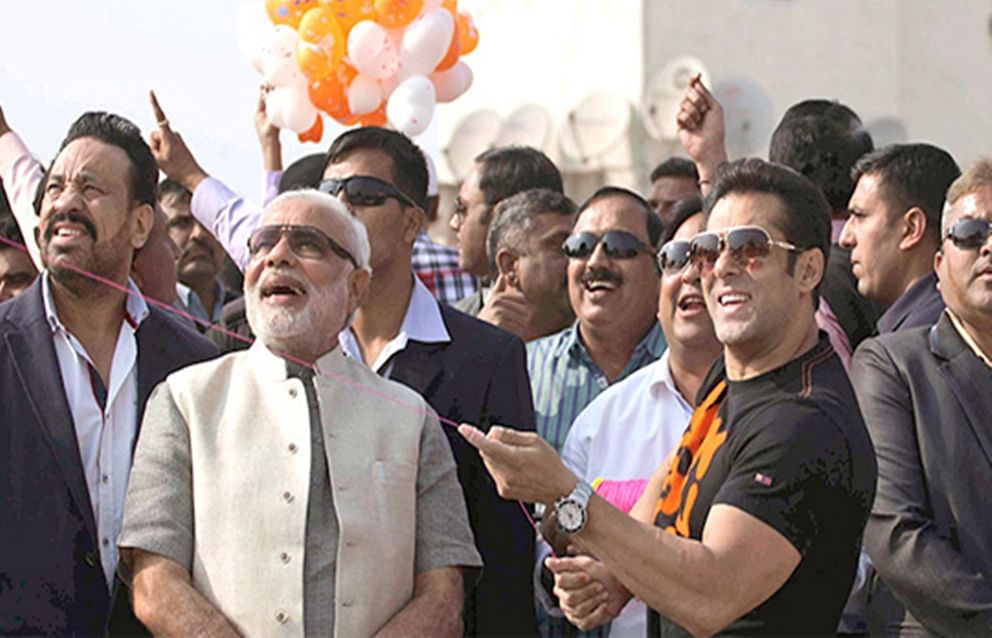 Akshay Kumar seems to be the biggest admirer of Narendra Modi. After all, the actor has recently made the film Toilet Ek Prem Katha which was based on Modi’s most ambitious initiatives Swachh Bharat Abhiyan. Akshay is a fan of Modi’s Clean India campaign and “Maan Ki Baat”. He also used to meet Modi before the latter assumed the PM seat. 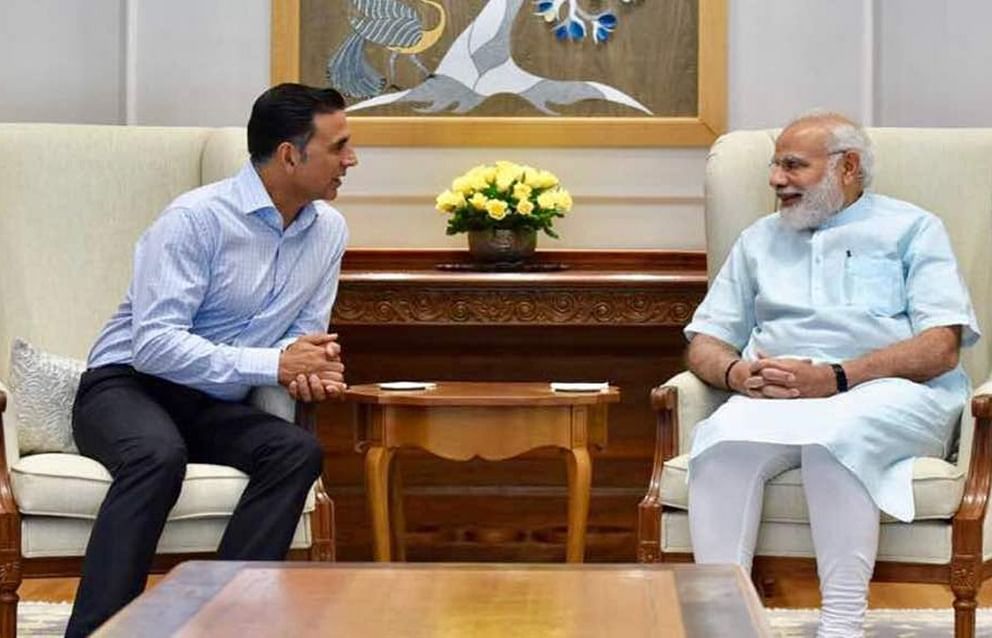 Ajay Devgn has always been a constant supporter of Narendra Modi. Ajay has known Modi from his chief minister days of Gujarat. However, after becoming PM, Ajay started keeping a distance from Modi as he thought that people would attach motive of his meetings. 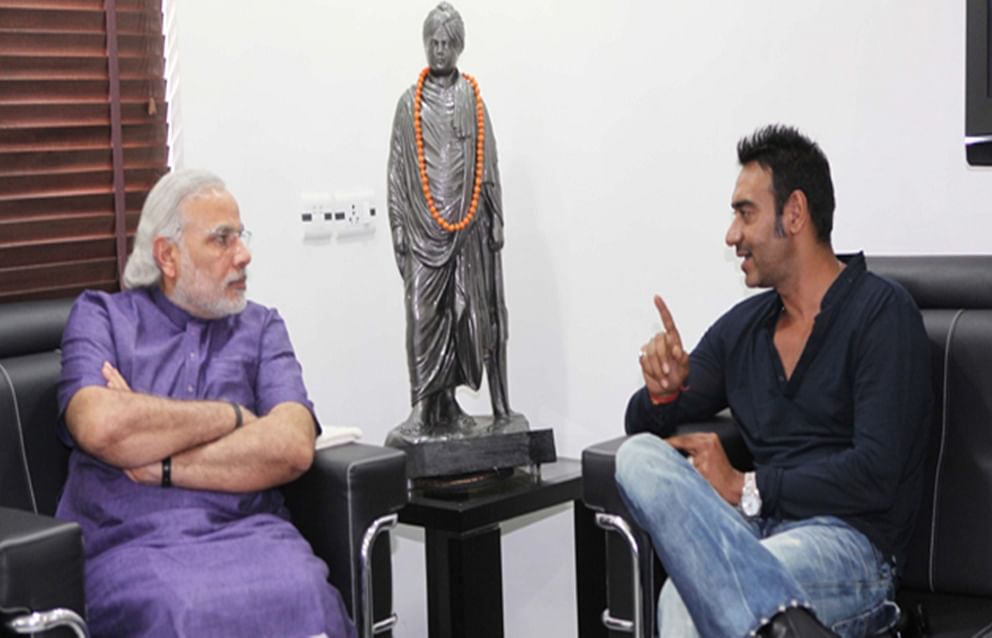 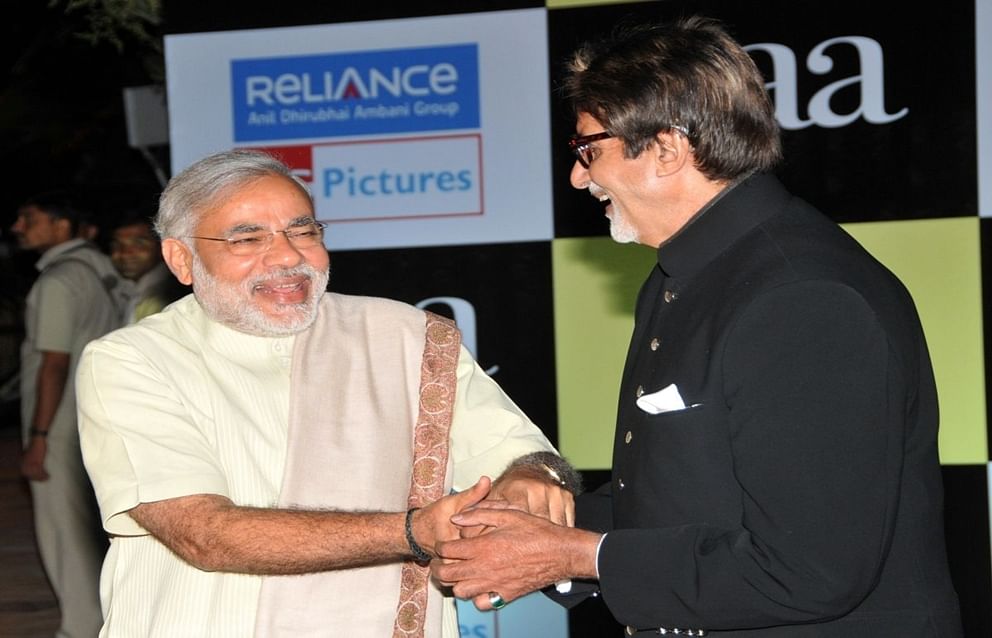 Anupam Kher is undoubtedly considered as the biggest follower of Modi’s ideologies and his schemes. He has always been vocal over the schemes of Modi government. He had once even called himself “Chamcha” of Modi, and he takes pride in it. As we all know that demonetisation was probably the biggest step taken by the Modi government to pull the chain on black money. However, after his decision, people had to go through many troubles. But, one of the Bollywood celebs, Aamir Khan respected his decision of demonetisation as he was quoted as saying to NDTV, “I know common people are facing the problem and I feel sad about it. Our Prime Minister has taken a good initiative and we must support him.” Not even actors, actresses too, have a good connection with Narendra Modi. And, one of them is none other than superstar actress Kajol. Despite doing films, Kajol has always been taking initiative in various social activities and one of them is Help A Child Reach 5 campaign. Last year, the actress had met PM Modi regarding the campaign, which creates awareness about the importance of good hand washing habits around the world. About her meeting with Modi, the actress had told, “It went off really well. One of the main things he (Modi) came up with… he said ‘It’s not habit that you are changing but it’s their thought process…telling them this is good and this is bad.” 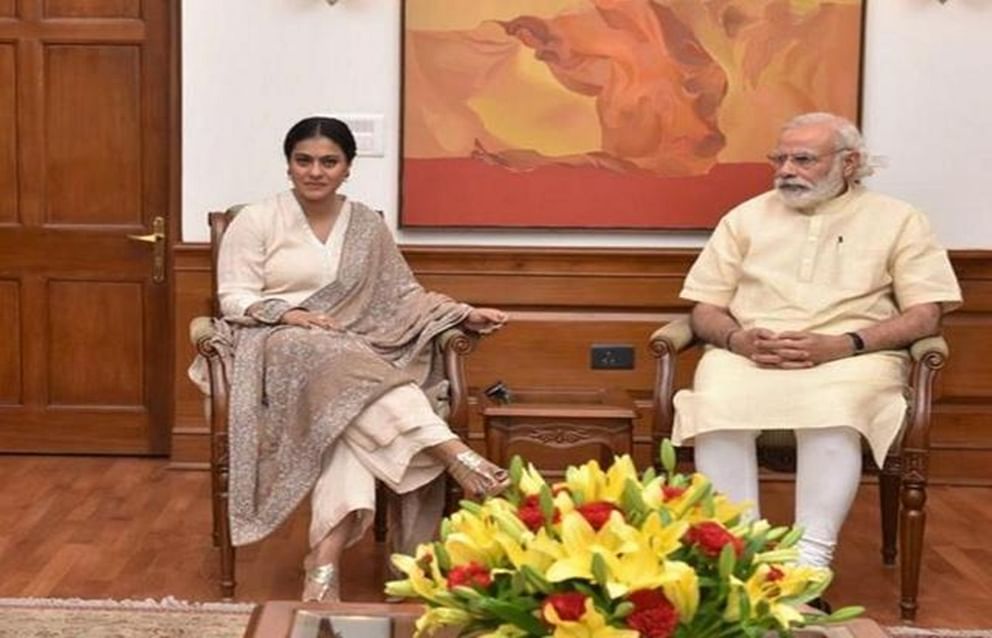 Veteran actor Paresh Rawal too had met Narendra Modi in 2013 with Akshay Kumar. Reportedly, the actor had met Modi when he was the CM of Gujarat where he discussed the development of Sports University and sports activities in the state. The actor has always been supporting his goals and vision about for the development of India. 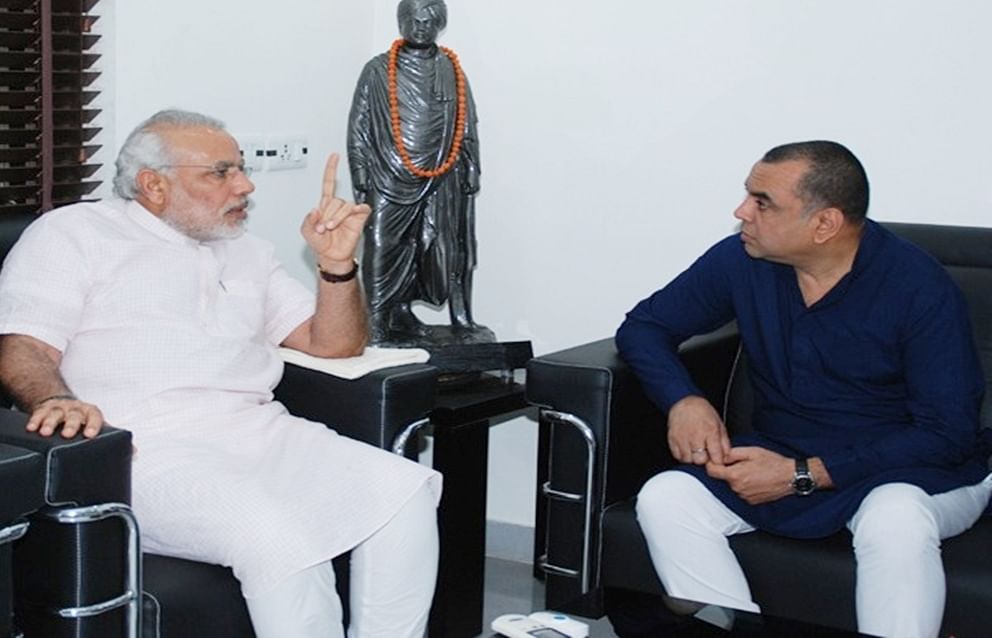 The macho man of Bollywood, John Abraham had met Narendra Modi in 2013. However, after he met Narendra Modi, people thought that John is all set to join politics. But later, John himself clarified the news by saying that he met Modi for a social cause. He told that he had discussed the wildlife of Gir forest of Gujarat and its conservation. Kudos John! You had taken a very good step for a social cause. 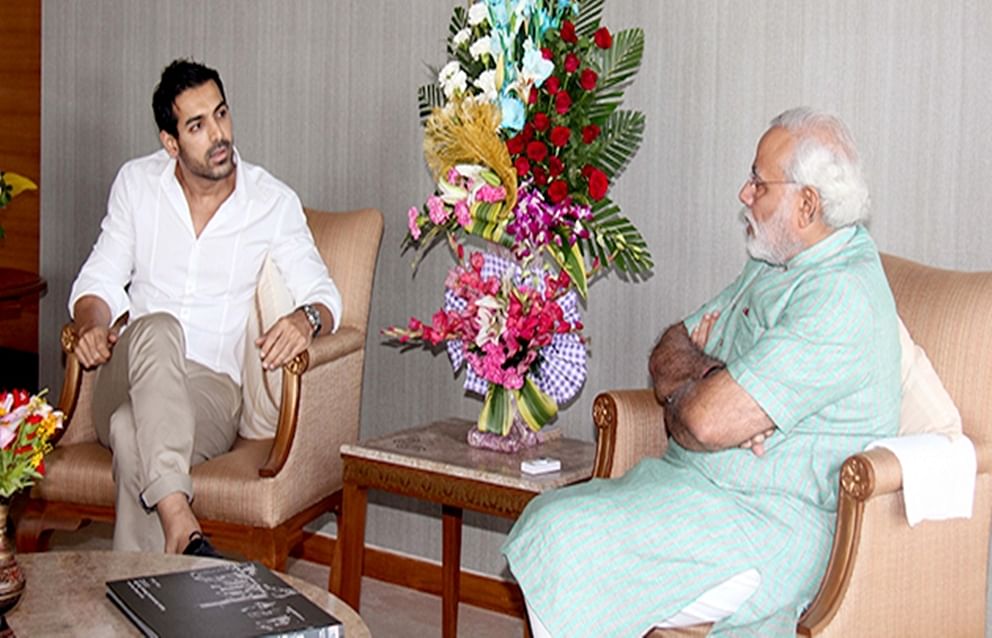 Dream girl of Bollywood, Hema Malini, is also a current Member of Parliament. However, her connection with Narendra Modi has been strong since she joined politics as a candidate of BJP in 1999. Since then, she has always been admiring Modi’s ideology of growth and development. Their connection also is seen to be strong as Modi had attended the wedding reception of Hema’s younger daughter Ahana Deol in February 2014. Prime Minister Narendra Modi has always been getting various invitations from the biggest celebs. However, due to his busy schedule, he couldn’t attend every occasion. But when shotgun of Bollywood Shatrughan Sinha invited him for his son Kussh’s wedding, he attended. The PM also gave blessings to the newly-married couple and took a picture with the entire family. 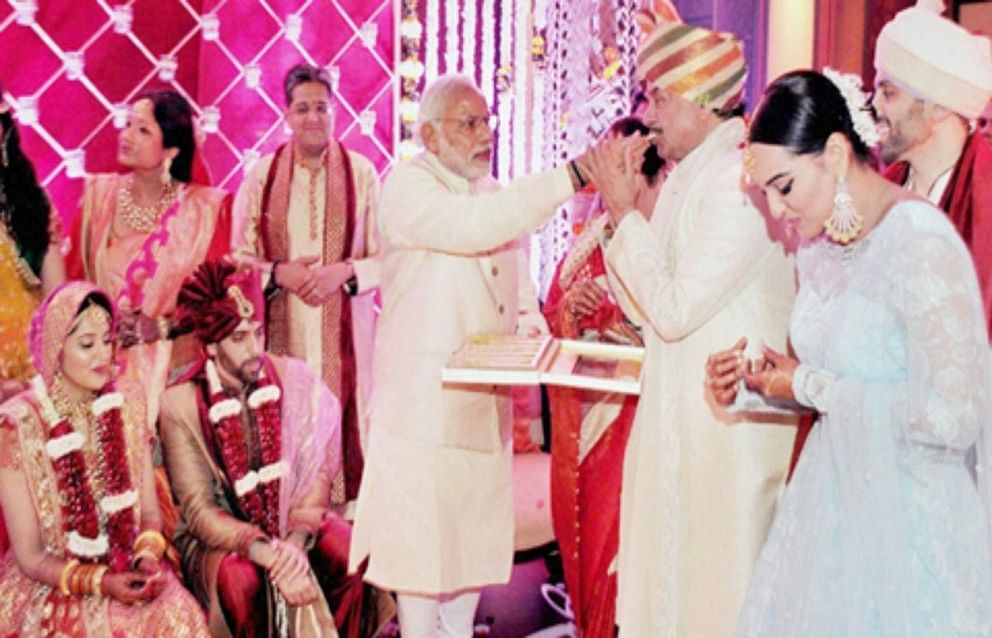 On November 2013, Modi met the magical voice of the nation, Lata Mangeshkar and her sister, another singing sensation of India, Asha Bhosle, during the inauguration of a hospital in Pune. At that point of time, Modi was a candidate for the post of Prime Minister of India. However, he still created an impression over Lata Mangeshkar as she expressed her feelings about Modi by saying, “Narendrabhai is a like a brother to me and I wish him all the very best. We should see him as the country’s Prime Minister. This is the wish of all of us.” 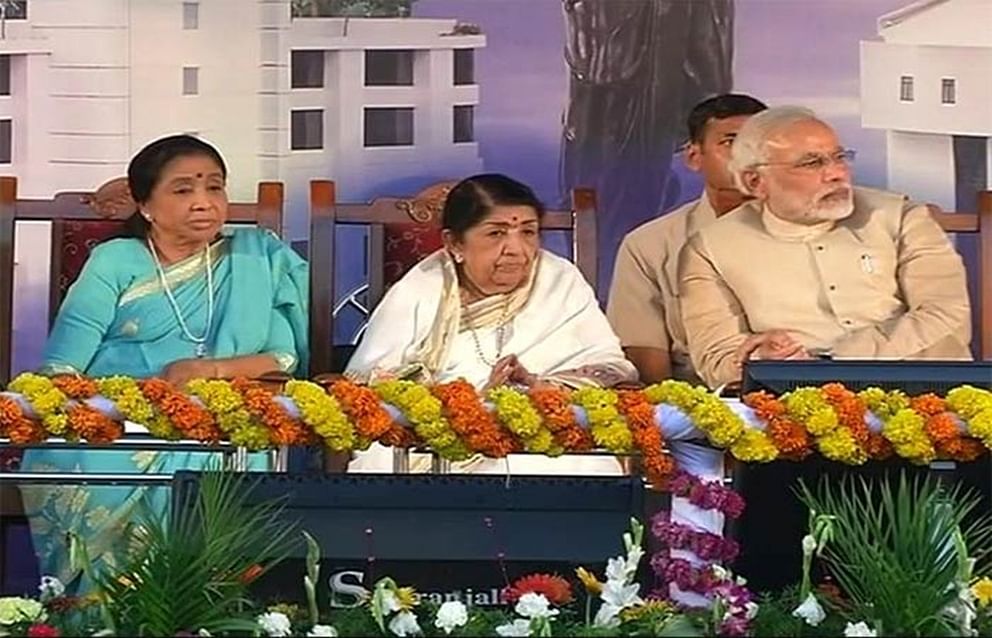 Thalaiva of India, Rajinikanth is also a fan of Narendra Modi. In April 2014, when the entire nation was gripped with the election fever, Rajinikanth himself took an effort to meet Modi. Rajinikanth met Modi and wished him luck to be the Prime Minister of India. 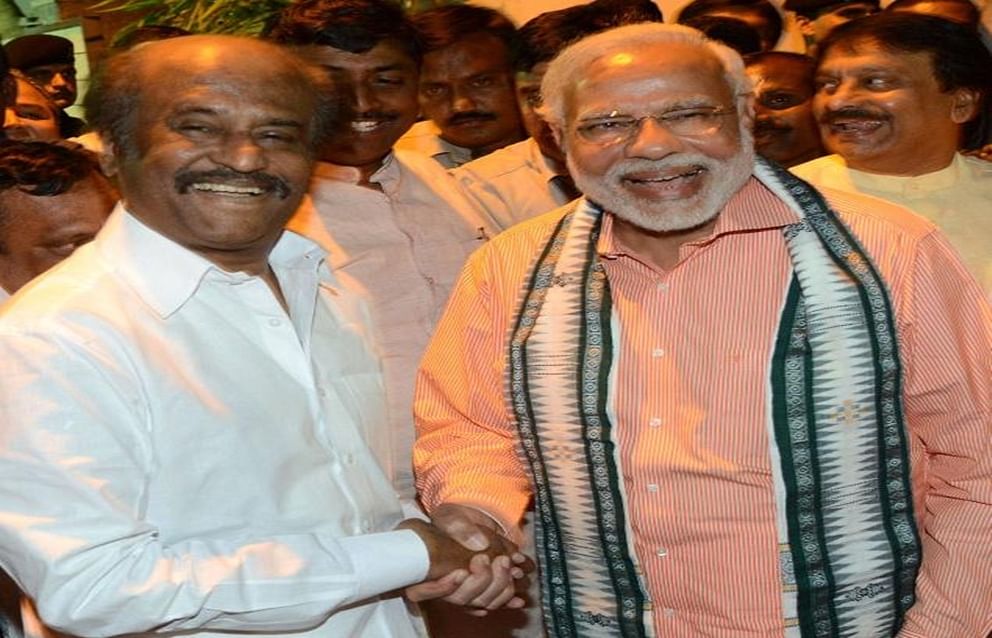 And last but not the least, Priyanka Chopra! She has now become the global star of Bollywood. And, Modi also seems to be a fan of hers. Apparently, while promoting Baywatch, Priyanka Chopra had got an invitation from Narendra Modi when he was on the tour of Germany. After Modi’s invitation, Priyanka didn’t miss and met Modi had chat with him. After the meet, she also expressed her happiness by sharing a picture of herself with Modi on her Twitter account. Well, Prime Minister Narendra Modi is truly an inspiration for many. Thanks, PM Modi for making India one of the fast developing countries of the world.

Vicky Kaushal's Sam Bahadur to release in theatres on THIS date