Namrata Shirodkar is one of the popular names in the industry. She is popularly known for her movies such as Vaastav: The Reality, Hero Hindustani, Vamsi and more. The former actress turns a year older on January 22, 2022. She is married to South superstar Mahesh Babu. Here's a look at the couples adorable love story.

While Mahesh was one of the most eligible bachelors present in the South industry during his time, Namrata was already a Bollywood actress when the two met in 2000.

Namrata won Miss India in 1993 and made her Bollywood debut with Jab Pyaar Kisise Hota Hai opposite Salman Khan in 1998. Mahesh, on the other hand, started off his career as a child artist and turned hero with Raja Kumarudu in 1999.

The two met each other for the first time in 2000 at the muhurat of their film Vamsi. The two spent some quality time on the sets of Vamsi and by the end of the film's shooting, it is said that they had begun dating each other.

Their affair was completely off from the media glare as they wanted to keep it all personal. Not many know but Namrata is four years elder than Mahesh but the two did not let the age gap come between them.

After being in a relationship for four years, the couple decided to take the next big step. On 10 February 2005 the couple became man and wife. Their wedding took place in Mumbai.

One year into the marital bliss, the couple welcomed their first child, a boy, in 2006 and named him Gautham Krishna.

However, the couple's married life hit rock bottom three years later in 2006. The actress lived separately as she shifted to Mumbai with their son Gautham. However, after their several efforts, the two reunited.

In 2007, the Babu family became a family of four after Namrata gave birth to a baby girl whom they named Sitara. Although Namrata has taken a back seat from acting, the 48-year-old enjoys her time in managing the house and kids. 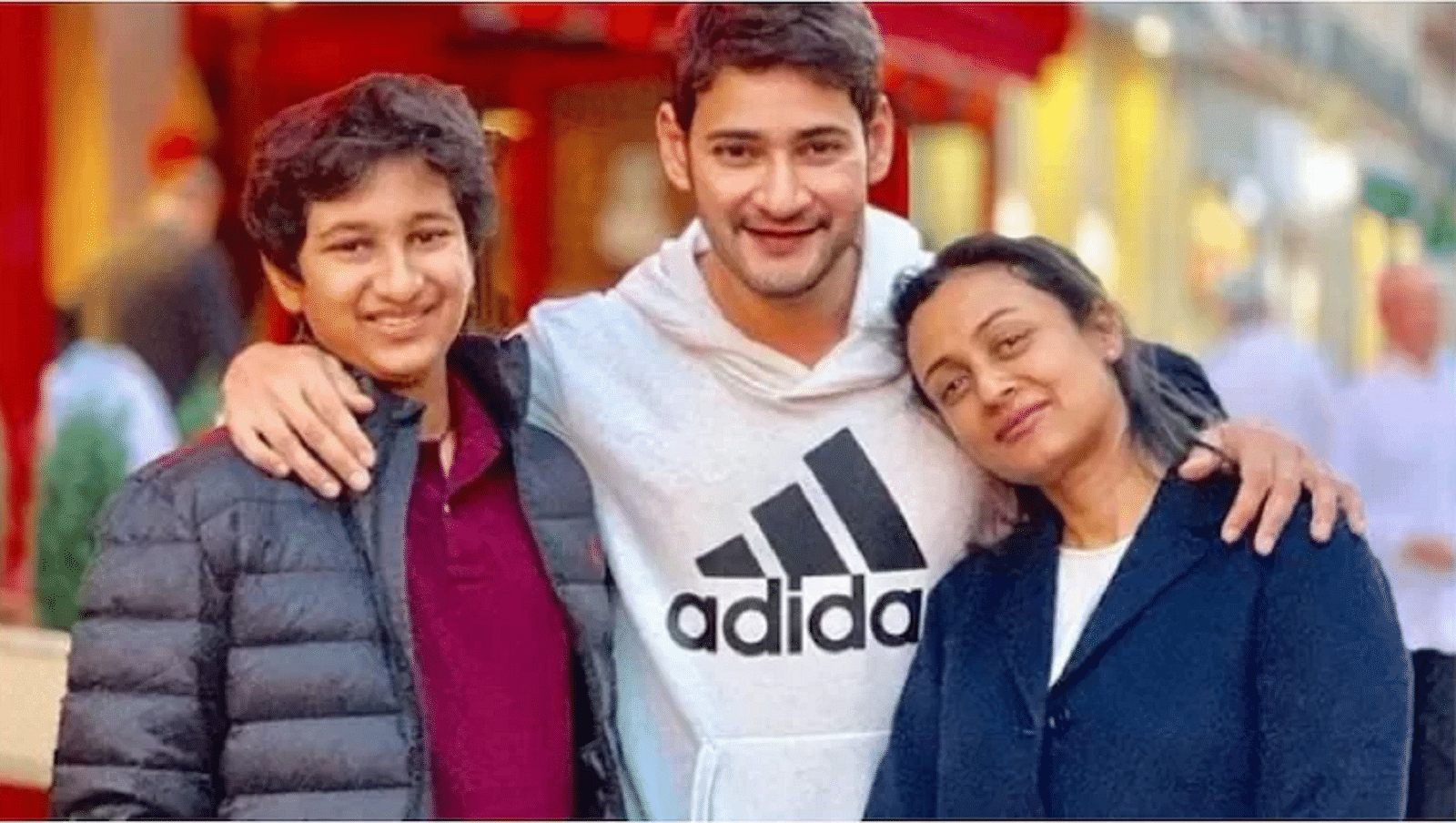