'My story in my style': Kapil Sharma shares new promo of debut Netflix comedy special, to release on Jan 28 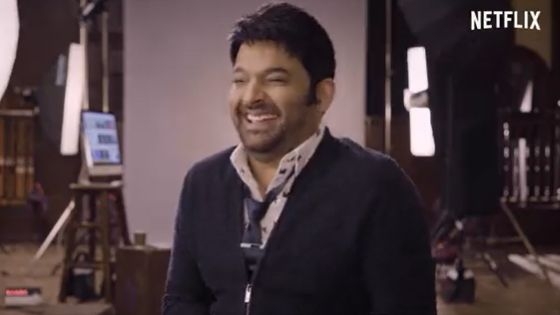 The stand-up special was announced last year in January.

"From the streets of Amritsar to the sets of Mumbai, Kapil Sharma has been entertaining us for a while now, but he is not done yet! "Our favorite comedian is all set to tickle your funny bone, this time on Netflix with his first comedy special marking his streaming debut," a note from Netflix read.

The official Twitter account of the streamer announced the release date of the special, along with a video featuring the 40-year-old comedian.

"There is an inner voice you hear as an artiste, that 'I am not done yet'. I need to do something else, but where does one do it? So, Netflix really attracted me... It is available in around 190 countries. Everyone said they are interested in listening to my story. I was like, 'Seriously?' You could say this is my story, but yes, my story in my style," Sharma said.

"So I sang on the show, in a different style, and it is in English - that is the bigger news," he quipped.

The comedian currently hosts "The Kapil Sharma Show", which airs on the weekends on Sony TV. 'It is never quiet': Sunny Leone opens up about motherhood on 'The Kapil Sharma Show'