The actor took a quick break and sneaked out to trek around the foothill areas of the Shivalik mountain range.
BollywoodHungama 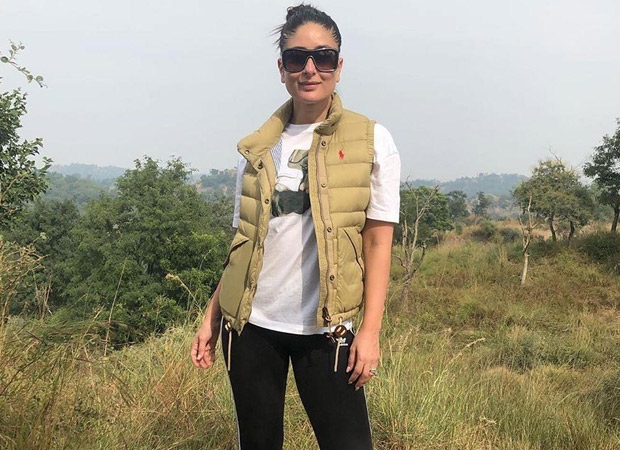 Kareena Kapoor Khan and Aamir Khan are presently in Chandigarh, shooting for their forthcoming film Laal Singh Chaddha. The actor took a quick break and sneaked out to trek around the foothill areas of the Shivalik mountain range.

A handful of pictures that have surfaced on Instagram show her wearing a white t-shirt and black pants. In her sneakers and a pair of shades, she is ready to begin climbing! The actor was accompanied by her manager Naina Sawhney and the duo also posed for a selfie. The joy of eating desi - Every region has its own tradition of celebrating its seasonal produce using timeless, heritage recipes. And i strongly believe that one should follow a diet that respects that versus that which makes you feel like you have “cheated” if you eat a seasonal delicacy. Changing the roti, sabzi and the accompaniments as the season changes, is something that we must cherish. Nutrition societies across the globe are trying to adopt this practice from ancient cultures. And on our part, we must ensure that this timeless practice is not forgotten and lost in the process of eating only meat or only soup-salad or not eating at all. Health is not a size, it’s a state. A state of harmony, in the mind and body and between people and planet. And really, all you need to do for that is to keep calm and eat makhan-roti-saag. P.S- - Makhan-roti-saag coz right now is in Punjab. - This is for dinner. The Makhan, saag and roti and the quantities in the picture do NOT depict how much she eats. The pic is taken after most of it is in her stomach. Eat as per your hunger, not as per a fixed measure. - Mein apni favourite hu is not just a dialogue, it’s a way of life that encourages you to eat all that is nice. #winterfood #saag #punjab @rujuta.diwekar

Looks like Kareena is having fun indeed. We also came across a photo of her, gorging on local delicacies.

Laal Singh Chaddha, an adaptation of Tom Hank’s cult Hollywood film Forrest Gump, will be reportedly shot across around 100 locations. Kareena will be seen playing Aamir’s love interest. The actor will be also seen in Good Newwz, alongside Akshay Kumar, Diljit Dosanjh and Kiara Advani. She has finished shooting for Angrezi Medium with Irrfan Khan and begins shooting for Karan Johar’s Takht in February. What would Kareena Kapoor do if she was stuck in a life with Ranbeer's exes?
Advertisement