A new breed of stars has come into Tamil cinema to challenge the supremacy of the Rajinikanth-Kamal-Ajith-Suriya generation of superstars.
IANS 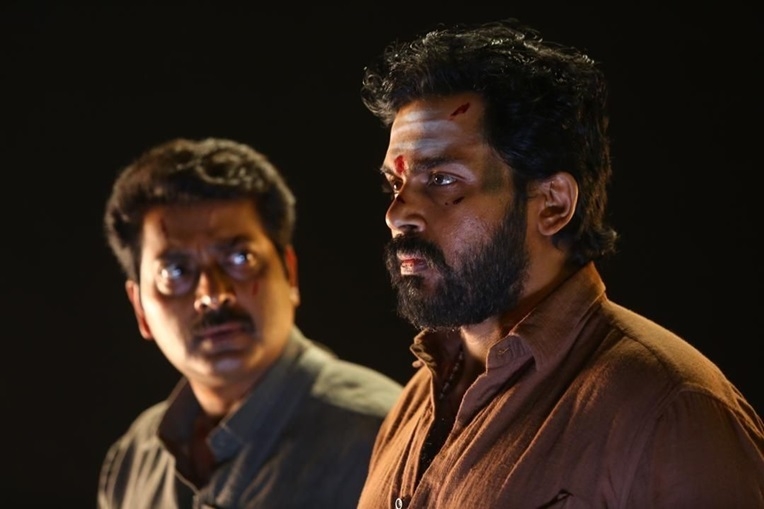 A new breed of stars has come into Tamil cinema to challenge the supremacy of the Rajinikanth-Kamal-Ajith-Suriya generation of superstars. Foremost among this new generation of exciting ceiling-breaking stars is Karthi, a fearless unstoppable actor who is famished for new challenges each time, and who experiments with his performances to give us characters that are not just heroes but sometimes tainted or fallen heroes.

In "Kaithi" (prisoner), Karthi, the star attraction, doesn't show up in the plot until we are 15-20 minutes into the narrative. I saw his fans getting restless. But I also saw how they settled down to watch his transformation into a brooding, haunted prisoner-turned-hero and a desperate father who would go to any lengths to meet a daughter he has never met.

Director Lokesh Kanagraj claims to be inspired by Kamal Haasan's "Virumandi" and the Bruce Willis-starrer "Die Hard". I disagree. "Kaithia is as original a yarn as it can get. The challenge here is not to keep the proceedings original but to maintain a breakneck momentum as the plot and its frantic characters hurl towards a nemesis that is at once pre-decided and yet unpredictable.

The film is written as a tribute to all the celebrated cops-and-criminals actioners you can think of. And yet it is like none you've ever seen. It embraces the tropes of an action film and at the same eschews them. There are no songs, not even a couple tucked away in the background. And there is no leading lady for Karthi to romance and sing songs with.

But we do get one of the best car-chase sequences in recent times. And more importantly, we get a plot about a police station under siege and a prisoner who turns into a saviour. Scarcely do we get a chance to wonder where all this chaos is leading to. The narrative doesn't allow space for questions. The stakes are high. The director, only one film old, takes us on a journey into night out in city that never sleeps, and the momentum and morale never slip.

You don't have to be a Karthi fan to get immediately and irreversibly immersed in the goings-on. Because the person you see on screen has no resemblance to the actor you know. This is something else.