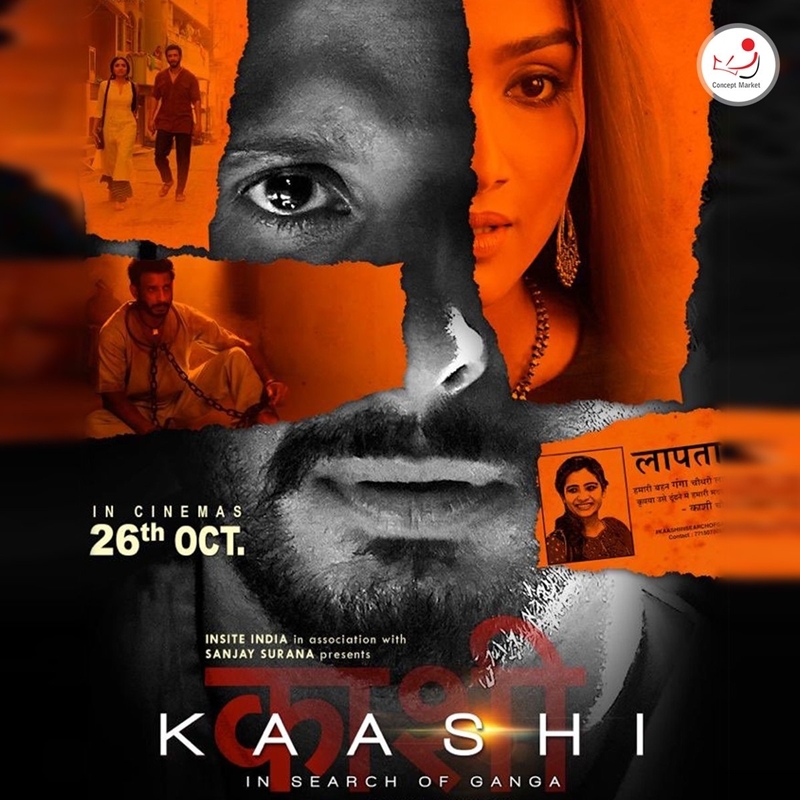 Film: “Kaashi in Search of Ganga”

Director Dhiraj Kumar’s ‘Kaashi in Search of Ganga’ is a layered tale of revenge with a good dose of romance and suspense.
It is the story of Kaashi (Sharman Joshi) a corpse burner who lives on the banks of the river Ganges in Varanasi. Despite caste and class differences, he catches the attention of Devina (Aishwarya Devan) a journalist, who is in the holy city in search of a story.

Before you realise, their friendship blossoms into love. The twist to their blooming love story comes when Devina tells Kaashi that his college-going sister Ganga (Priyanka Singh) is missing.  How the loving elder brother leaves no stones unturned to find his lost sister, forms the crux of the tale. The script is not well-chiselled and the tale though intriguing, appears to be ridiculous and convolutedly mounted with predictable scenes, for most of its length. Hence, the audience who have no patience with the narrative, would crack up soon and dismiss the film midway.

While the courtroom scene is sloppily handled, the final act takes you by surprise. The brilliance of the tale is only realised in the last few minutes of the chronicle, when you empathise with Kaashi. On the performance front, Sharman with his boy-next-door looks, slips into the shoes of his character with unquestionable ease and sincerity. His anger, frustration and anxiety to find his sister is palpable in the scenes where he confronts those he suspects to have kidnapped his sister.
Aishwarya Devan in her maiden film is competent. She aptly supports Sharman with a realistic performance, but unfortunately, their on-screen chemistry lacks oomph and charisma.

Govind Namdev as Balwant Pandey, the influential businessman-cum-politician is bland and stereotyped. So is Manoj Pahwa as the Judge, presiding his case. During the courtroom drama, Manoj Joshi as Kaashi’s lawyer Vinod Sinha and Akhilendra Mishra as Balwant Pandey’s advocate Nagendra Mishra, have their moments of on-screen glory. Kamalakant Mishra along with Anita Shehgal as Kaashi’s parents and Priyanka Singh as Ganga, complement each other and are absolutely natural.

Designed with moderate production values, the cinematographer’s camera work is fascinating. He brilliantly captures Varanasi in all its elements. The atmospheric lighting during the evening aarti adds to the eerie and aesthetic value of the scene. Overall, given the perspective of the protagonist, there appears no better way that the director could have staged this tale.