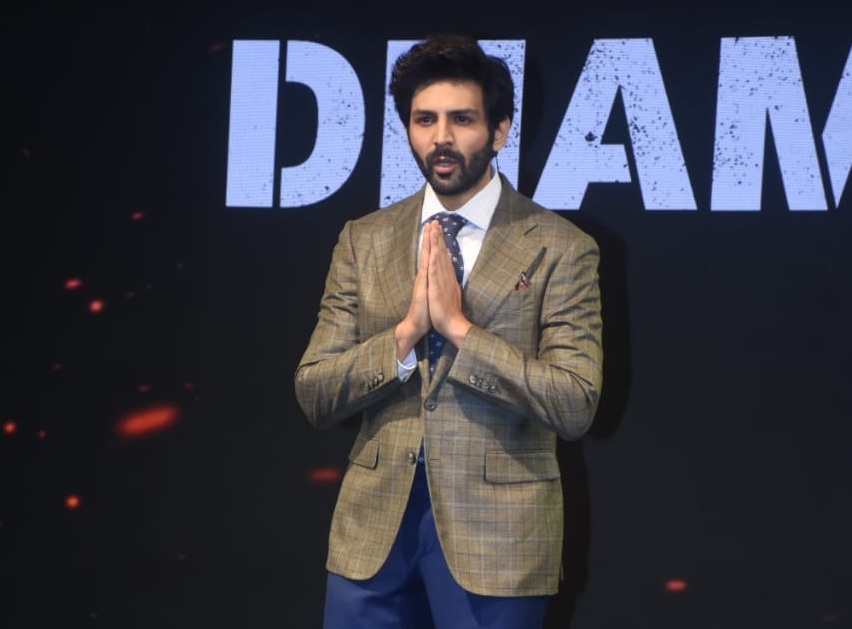 Kartik Aaryan, who kept his fans entertained and engaged during the 2020 lockdown with his fun Instagram videos, currently has his work diary overflowing with various projects. To begin with, he has Dhamaka, which releases on Netflix on November 19. Then there’s the much-anticipated Bhool Bhulaiyaa 2 that releases early next year. He also has Shehzada with Kriti Sanon for which he started shooting last week. Also in the marquee is Ekta Kapoor’s Freddy with Alaya F, Sameer Vidwans’ film, which was earlier titled Satyanarayan Ki Katha, and Hansal Mehta’s Captain India. Some of his films are in various stages of production.

“The backlog is because of the lockdown. It also changed my perspective and forced me try new things. Now, I want to take risks and work in different genres. The palette of the audience has changed in the past few months and it has affected mine too, both as a viewer and an actor. This is an opportunity for me to explore new roles. As for the number of films, I am a workaholic and I enjoy that,” he says.

The trailer launch of Dhamaka was one of the first big events to be organised in the city after the easing of Covid restrictions. And the actor was full of gratitude and happiness. “It has been a long time since I have been to a huge event and met people. For over a year, we didn’t see one other and had no real human contact. Though there were RT PCR tests done and proper safety precautions were taken before this event too,” guffaws the Pyaar Ka Punchnama actor, still not out of the pandemic mode.

The actor’s affable nature was mirrored in the choice of his previous films. But, Dhamaka, in which Kartik plays an ambitious news anchor, will change people’s perception of him as an actor. “It is an unusual film. My character in the film, Arjun Pathak, is not vanilla... He has grey shades and people will be able to relate to him. For instance, I could relate to him because, like Arjun, I too am ambitious about my career. You can find many Arjuns among us... It is a real character from the real world. When Ram Madhvani [director of the movie] offered me the role, I instantly said yes. I was happy that he could see me as Arjun,” an excited Kartik says.

Speaking about his experience of working with the director, Kartik shares, “The filming was quite intense. Ram is someone who does not dictate. He has a different shooting style — there were almost 10 cameras around us and every character in the room can be in the shots. The entire film was shot in two rooms. It was a unique experience to not have the director say ‘lights camera action’. But rather he would come up to you and say, ‘Ready when you are’. So, you are the one who has to start. It was an enlightening experience.” Praising the director, Kartik says, “Ram is a funny man who makes intense films (and shows) like Neerja and Aarya. We were working in Covid times and he planned it so well that we wrapped the film in just 10 days. I have never worked like this before,” he rattles off.

Kartik, who has hits like Pyaar ka Punchnama 1 and 2, Luka Chuppi and Sonu Ke Titu Ki Sweety to his credit, does not want to let go of the genre that gave him the lover boy tag. “I do not want to leave romance. I love romcoms and want to keep doing them. However, as an actor, you need to widen your horizon and play different roles. You want to follow certain processes and also want to work with certain filmmakers,” he adds.

Ask him if he wants to do Pyaar Ka Punchnama 3 with Ranbir Kapoor and Ranveer Singh, his football mates, he chuckles, “Great idea… I will have to ask Luv Ranjan sir.”