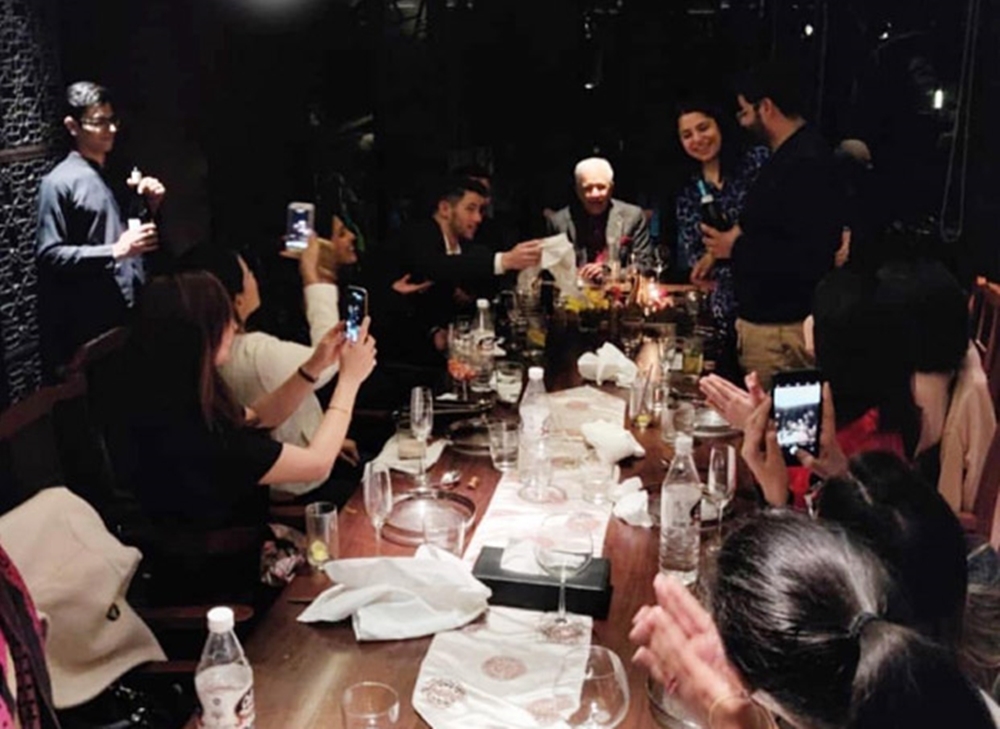 Not too long ago an excited Priyanka Chopra had shared details about her return to India with her doting hubby Nick Jonas. The actress, who was in the U.S. and even attended Vanity Fair, later revealed the good news about her brother Siddharth Chopra’s roka ceremony with his longtime girlfriend Ishita Kumar. The said ceremony was held in Taj Mahal Palace in Delhi.

While Priyanka Chopra took to Instagram to share pictures of the roka ceremony of Siddharth Chopra and Ishita Kumar, it has also now been reported that there was an after party to celebrate the momentous occasion. The entire Chopra family along with their son-in-law Nick Jonas celebrated the roka in India with a lavish dinner. Ishittaa Kumar shared a glimpse of the same on her Instagram page which later went viral on social media.

Ishita Kumar is expected to be based in London whereas Siddharth Chopra owns a restaurant in Pune. The couple obviously looked thrilled during the roka ceremony in the pictures shared by Priyanka. The Bollywood actress also wished all her luck to the couple in a special message.

On the work front, after Isn’t It Romantic? Priyanka Chopra will next be seen in the Farhan Akhtar, Zaira Wasim starrer The Sky Is Pink based on a real life story. The actress also revealed on Koffee With Karan 6 that she is planning on working with Sanjay Leela Bhansali and Vishal Bhardwaj but didn’t reveal any further details. She is currently enjoying her time with her doting husband Nick Jonas with whom she released the latest single Sucker that also features the rest of the Jonas brothers and their better halves.