HomeEntertainment'I want to make my version of the Mahabharat for OTT,' says filmmaker Shoojit Sircar

'I want to make my version of the Mahabharat for OTT,' says filmmaker Shoojit Sircar

Like everyone else, the last year has been hard for Shoojit Sircar because of the pandemic. “There have been so many deaths. A friend’s friend… Their parents… A relative… It started out as news from abroad, but over the last six months, has come from closer home. It’s so disturbing,” mourns the filmmaker who had tested positive, along with his younger daughter, and agrees that coronavirus is different from any other viral attack. “Fortunately, I was in home isolation, under the supervision of my doctor, and didn’t need to be hospitalised,” he says.

On the positive side, spending long hours in his home in Kolkata, away from friends and the social media, leading a simple, lonely life, Shoojit admits that he can now understand what his characters in Pink and October were actually going through. “My life has always been slow, it’s slowed down even more now,” he chuckles, acknowledging that the lockdown also gave him an outsider’s view of Bollywood. “From a distance, I saw the kind of backlash my industry and some of my colleagues were subjected to and it was distressing,” sighs the producer-director, who has only been in touch with a handful of friends, including producer-partner Ronnie Lahiri and composer Shantanu Moitra.

Read Also
Shoojit Sircar takes a dig at Bollywood: Get rid of duality before preaching morality Shoojit has directed just seven films in 15 years, and done them on his own terms. Does he feel that the OTT platforms that people have got hooked to during the lockdown in the absence of theatres will boost his kind of storytelling? “Whatever the medium, I will keep making films for myself first, without any commercial compromises. When I released Gulabo Sitabo on Amazon Prime Video last year, there was a lot of criticism, but now many producers are going for an OTT release. A person can watch a film at his own time because it is not going out of the theatres and this helps him understand it better,” he reasons.

Has he seen The Family Man 2? Does it remind him of his own film, Madras Café, which also revolved around preventing the assassination of a Prime Minister and played out against the Tamil-Lankan conflict, triggering a controversy? “I haven’t seen it yet, but I’ve been hearing good things about the show, which features friends like Manoj Bajpayee and Uday Mahesh whose ‘Chellam Sir’ has made him an internet hero. He acted in my Madras Café too,” Shoojit reminds with a laugh. 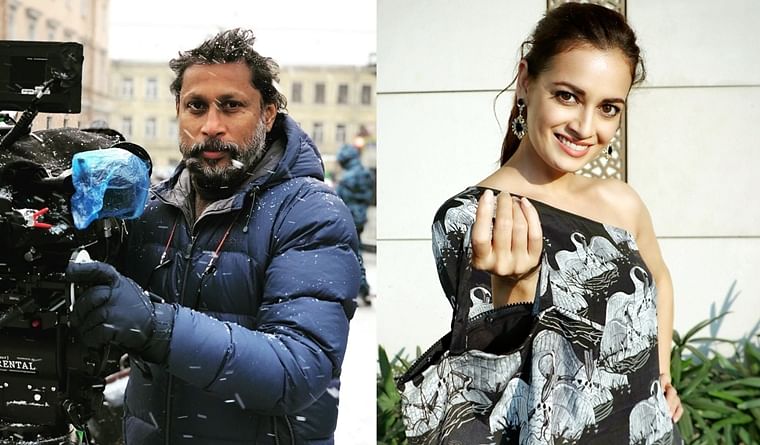 On the subject of the controversy, which roadblocked the film’s release in some states and countries, he points out that they had done their research well on the decades-old, deep-rooted conflict. “That’s how the Tamil Tigers were always referred to as “fighters” in the film. I was affected by the politics playing out across the border, the selfless commitment of the women fighters. For me Madras Café was not just a piece of cinema, we worked hard to make it authentic and real and were rewarded when journalists who had covered the civil war in Lanka and understood the LTTE’s tussle with India, saying it happened exactly like we showed on screen. If The Family Man 2 is now being watched and liked, it’s good as it will help youngsters understand the political scenario in Sri Lanka at the time,” he maintains.

Is there something he would like to make specifically for OTT? Shoojit reveals that while it may not happen right away as he is busy with three-four film projects, sometime in the future he would like to bring the Mahabharat to the screen. “I know others before me have done it and some others now are planning it too. I want to make my version the Mahabharat for OTT,” he says decisively.

If The Family Man 2 is now being watched and liked, it’s good as it will help youngsters understand the political scenario in Sri Lanka at the time.

For now, there’s the Udham Singh biopic that he’s been working on. Will escalating costs brought on by the pandemic affect its release? “It’s a film from my heart, nothing can affect it. I will release it with my own money if need be. You can expect an announcement soon,” he promises.

Shoojit had planned Sardar Udham Singh with Irrfan Khan, but after he was diagnosed with cancer, turned to Vicky Kaushal when his friend and Piku actor pointed out that he wouldn’t be able to manage the action scenes. He must miss Irrfan? “I do, there can be no replacement for him. But I’m in touch with his wife, Sutapa Sikdar, and sons, Babil and Ayaan, and that gives me a lot of peace. If Irrfan is watching from up there he will be happy to see that his family has so many well-wishers,” he smiles, saying Irrfan’s older son reminds him of his father in so many ways. “He has the same personality… That child-like innocence… Same madness as Irrfan would point out. I can see Irrfan in Babil.” Yo Yo Honey Singh's brother and Punjabi singer Alfaaz out of danger after being injured in a scuffle...