“I first Googled who Pele was” 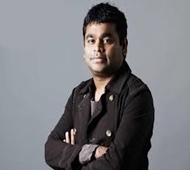 Oscar-winning composer A R Rahman might know everything about music, but when he was approached to score for a biopic on Pele, he had to Google to find out about the legendary footballer.

Rahman has scored music for “Pele: Birth of a Legend”, based on the life of the iconic Brazilian soccer player. “When I was approached for the project, I first Googled who Pele was, because my life is all music. I saw amazing things about him and who he was. After that I read the script. I had tremendous respect for the project,” Rahman said.

The “Slumdog Millionaire” hit maker says giving background score for a film is easier than creating a standalone song, which needs to “hold for itself”. “Movies have this charm, where you just have to follow the story. Music is just a part of filmmaking, whereas a standalone song has to hold for itself. Scoring is much more simpler than writing an individual piece of music, because the story itself tells you what to do,” he said.

Rahman, 49, has also composed a song called “Ginga” for the movie which will celebrate Pele’s legacy in soccer. The composer says the song was not initially part of the screenplay, but came organically as he was intrigued by the word ‘Ginga’, which is a style of playing football.

“Ginga was one of the main things how Pele won a match. I found the word very interesting, I said why don’t we make a song. They asked, ‘do you feel like making a song?’ I said yes. By the time I finished the score I played them the song and they really liked it,” he said.

Rahman said he has tried to keep the music in the film a healthy mix of regional Brazilian sound with international sensibilities. “We were very careful not to go overboard. The song definitely doesn’t sound Indian, but gives the movie the energy which it needs. It’s not too regional but for the whole world,” he said.

Though he didn’t know Pele earlier, Rahman said composing for the film was a “huge honour” for him, despite the fact that he did not get much time to talk to him about the music. “It was a huge honour composing for him. Strangely, I am scoring for two-three films based on sportspersons this year, Pele, Sachin Tendulkar. It feels great,” he said.

“Pele saw the movie, I asked him if he liked the film and he said yes. We didn’t have much time to talk. He wasn’t involved in the creative aspects of the music though,” Rahman said. “Pele: Birth of a Legend” is an American biographical film which chronicles the life of the retired soccer player.
Rahman is also all praise for the director duo, Jeff Zimbalist and Michael Zimbalist. “They are very nice people.

They are very energetic, fresh out of college, completely young. They have done some award winning stuff and documentary. It was an interesting mix working in Hollywood,” he said. The film, slated to release this Friday, stars Kevin de Paula, Vincent D’Onofrio, Rodrigo Santoro, Diego Boneta and Colm Meaney.