'I am an outsider and I empathize with people struggling in Mumbai': Lopamudra Raut

Beauty queen-turned-actress Lopamudra Raut, known for 'The Verdict - State Vs Nanavati' (2019) and 'Fear Factor: Khatron Ke Khiladi' (2008), will soon be seen in 'The Socho Project'. 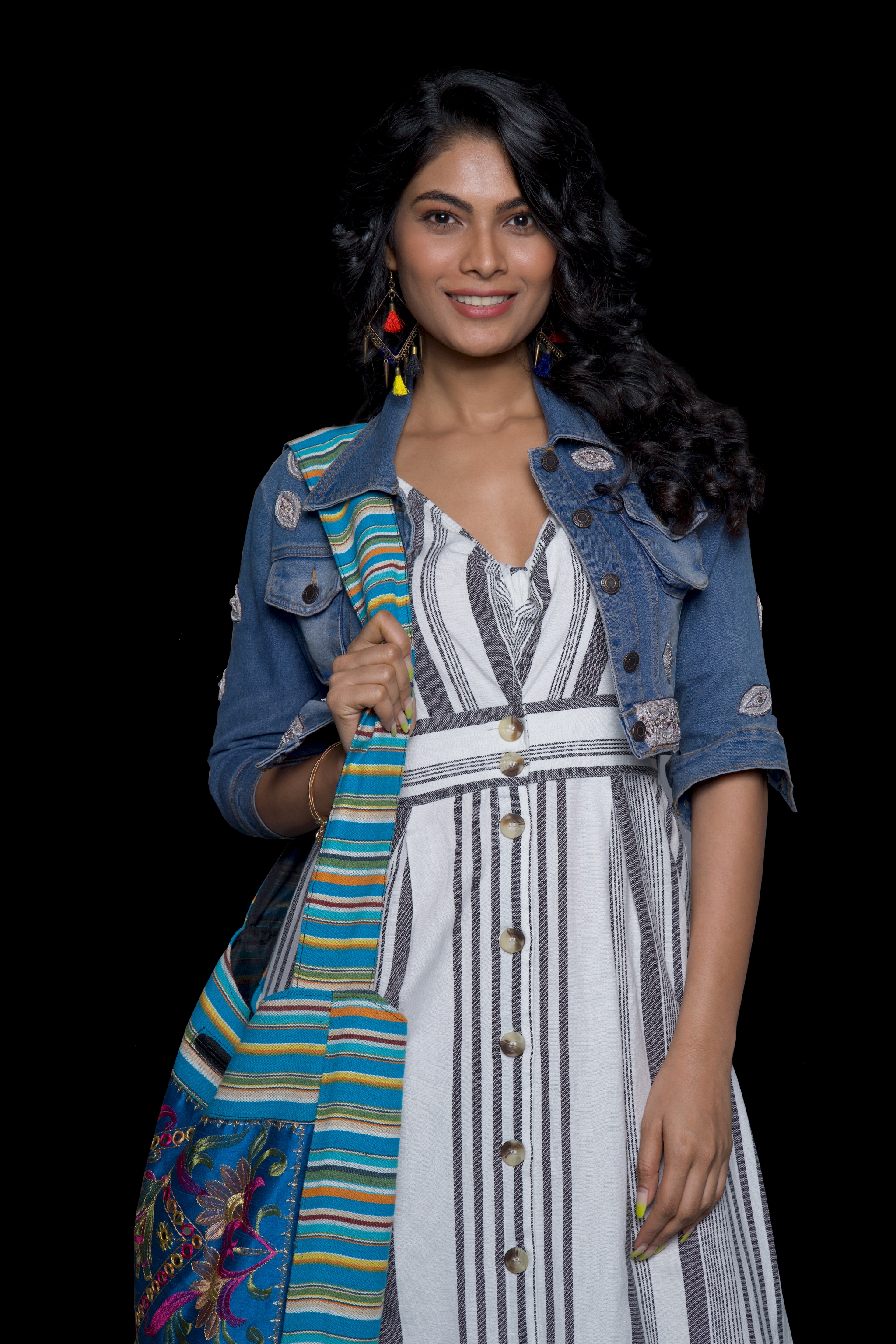 'I am an outsider and I empathize with people struggling in Mumbai': Lopamudra Raut |

Beauty queen-turned-actress Lopamudra Raut, known for 'The Verdict - State Vs Nanavati' (2019) and 'Fear Factor: Khatron Ke Khiladi' (2008), will soon be seen in 'The Socho Project'.

The series, which is being touted as India’s first-ever musical web series, chronicles the journey of seven budding musicians struggling to find a place for themselves in the Indian music industry.

In 'The Socho Project', Lopamudra will essay the role of a teenage guitarist named MJ who steps into showbiz with an aim to break stereotypes.

In an interview with The Free Press Journal, Lopamudra speaks about her role in the upcoming web series, her love for music and how she was able to resonate with the character.

Lopa says that she was initially approached for a different role, however, the makers changed their mind after their first meeting.

"Initially, when I was approached for 'The Socho Project', the team had set a very glamorous role for me because of my social media and previous work. However, when they met me for the first time in my T-shirt and my denims, with no make-up or no hair done, it was as if MJ’s character was built for me," she says

She adds, "I was very excited to take up this role as it is very different from what I have played previously and I would be unleashing a new side of Lopamudra Raut for viewers."

Spilling beans about her character, Raut elaborates, "My character MJ is a non-glamorous and simple but strong headed South Indian girl coming from a normal family, but she is a smart learner, go-getter and achiever.

"I agree with MJ on many instances and at the same time, I see a lot of differences which is what intrigued me in the character so I was super excited to take it up."

When asked if she was able to resonate with the character, Lopamudra says, "In a lot of places, I did resonate with MJ’s character. She is a very strong headed person who wants to break various stereotype that South Indians cannot fit in Bollywood. She is determined to achieve whatever she sets her mind to. She is seen to be the backbone of the entire group in the web series; she is not only self-empowered but also empowers her friends and even her boyfriend."

"On a lot of levels, Lopamudra is like MJ because she has a broader perspective about life, strongly opinionated and has led her life unconventionally compared to a normal Indian woman. Being a modern woman, MJ motivates a lot of young women and her character comes across as extremely impactful, " she adds

Lopamudra reveals that she has taken classical music lessons and learnt the harmonium.

Talking about her love for music, Lopa reveals, "As a 6 year old my mother enrolled me into classical music, I learnt the harmonium. I come from a family where my grandfather used to play the tabla, my mother is a music lover and even my father, at 57 years of age, is learning the Casio. I do have a musical background in some way and have had a huge inclination towards music as a child. I was even in the core group of my school choir. So, this was really intriguing for me as a character."

"Also, a musical web series is very rare, never been done before, unheard of and a unique concept especially with 25 original songs and a plethora of genres. I do feel very positive about 'The Socho Project' and I am sure viewers are going to appreciate it," she says.

The 'Verdict' actress says that playing the role wasn't difficult as she was able to empathise with MJ's struggle as an outsider.

"Honestly, portraying this role wasn’t that difficult for me because even though it was a completely different field, I do empathize with that kind of ambition, and that feeling towards people in Mumbai. I myself am an outsider and I empathize with people from different parts of the country struggling in Mumbai, trying to get their foot in the door. It wasn’t very difficult, but yes, I did have to learn a few things," she says.

Lopamudra, who had earlier said that she would only want to do movies, seems to have changed her mind. When asked why did she opt for another web series, the actress highlights the the boom of OTT amid the COVID-19 pandemic.

"As an actress, I am always going to be looking for quality over quantity and giving the role my best shot - be it films, web series or any other form of entertainment. With the lockdown making us all homebound, OTT is booming and everyone is glued to their phones unwinding and watching their favorite web series. Also, a web series has a high take back value. The characters grow on people over time during the web series and have quite an impact on the audience. I also feel we live in an age where everything is digital and OTT platforms are the present and the future, " she says.

On being asked what kind of films would she pick, Lopamudra Raut says that she wants to showcase her talent with characters that have a good graph.

"I am open to learning and exploring and I am always glad to showcase my talents in any character that I am offered. For example, MJ’s character has a good graph, you see her evolve from an 18 year old girl to a woman; she has certain difficulties in her life. So, whatever character provides me with that, I will definitely go for it," she concludes.

It is set to release in the coming month and the streaming platform is almost confirmed.