How I met my partner: 'I never get the chance to be possessive,' says Mugdha Godse as she gets candid about her relationship with Rahul Dev 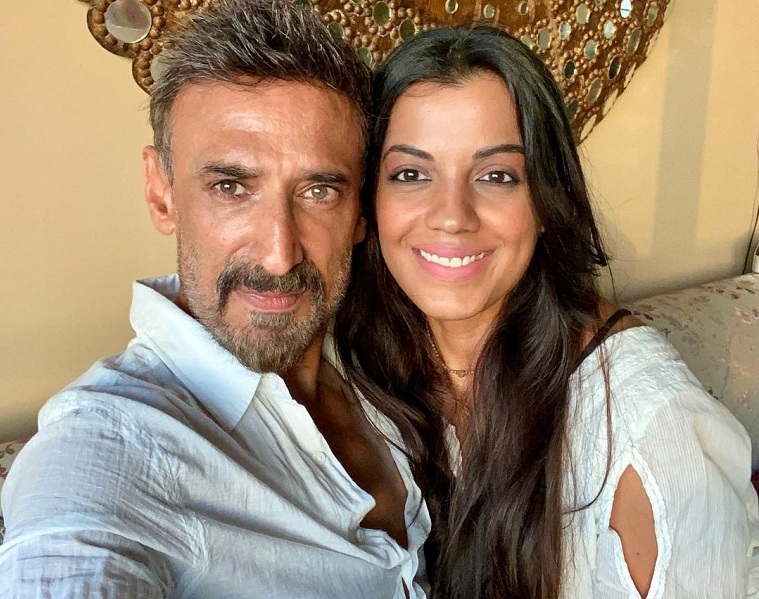 It was at a friend's wedding several years ago when Mugdha Godse first met Rahul Dev. It was a typical big fat Indian wedding, and during the numerous pre-wedding festivities, Mugdha and Rahul hit off. And the two have been together for almost seven years now. Mugdha, who made her Bollywood debut with Madhur Bhandarkar's Fashion in 2008, and Rahul have been quite upfront and open about their relationship. And the couple says they have no plans to tie the knot anytime soon. Here, Mugdha, who was recently seen in Fauji Calling, gives a glimpse into their relationship. Excerpts:

When did you first meet Rahul?

We met during our common friends' — Aanchal and Anupam Mittal, the founder of shaadi.com — wedding in Jaipur... Those were some fun-filled days!

Did the bell begin tolling immediately when you saw him or did that happen later?

I saw him and I don’t know about the bell’s ringing, but we connected immediately and there was no looking back. We exchanged numbers the very next day.

What did you like about Rahul when you first met him?

I liked everything about him... He is simple and a good human being.

We didn’t need one. We just started talking!

Where did you go for the date?

It was a lunch date at a restaurant called Diva in GK, New Delhi.

No way… He is a gentleman. And my feminist nature can let go of this.

Did Rahul get you a present on your first date?

No, he didn't. But, when we met again after two days, I saw dried flowers in his car. When I asked him about those, he confessed those were for me but he felt too shy to give them to me on our date.

Rahul did, I think, after a year or so of dating. I believe women don’t need to say “I love you”, they express love in their own way.

How many times in a day would you guys talk on the phone?

As many times as we felt the need to! Sometimes we didn’t speak the entire day, which worked for both of us. We like our space... that’s a part of our healthy relationship.

I was in the beginning. But now that I know him well, I never get the chance to be possessive. And Rahul is a super-secure person!

After a fight, who says sorry first?

Minor fight happens and they need to happen to strengthen the bond. And whoever is at fault, says sorry. Both Rahul and I are honest to each other... This is the foundation of our relationship.

Did you guys ever break up and then make up?

No, we never did that. From the day we met till now, things have only been improving. We don’t like drama, so there isn’t any break-up or patch-up. There have been minor fights, but every fight doesn’t end up in a break-up.

Did your families pressurise you two to get married?

Our families want us to be happy. Besides, we are old enough to make our decisions. Rahul and I like the way things are right now and we are content to be in a live-in relationship.