How I met My Life Partner: 'Somewhere on the way, I lost my smile... Vicky brought it back,' says Ankita Lokhande Jain

Ankita Lokhande Jain has found her real-life pavitra rishta. She is in a fairy tale marriage with Vicky Jain, a businessman who mended her broken heart. In an exclusive conversation with The Free Press Journal, the actress opens up about her magical love story. Excerpts: When and how did you first meet your better half?

My friend Mishthi told me that Vicky is husband material, but I said no because I didn’t want to get into a relationship at that point in time. But she persisted, and then Vicky and I started dating! 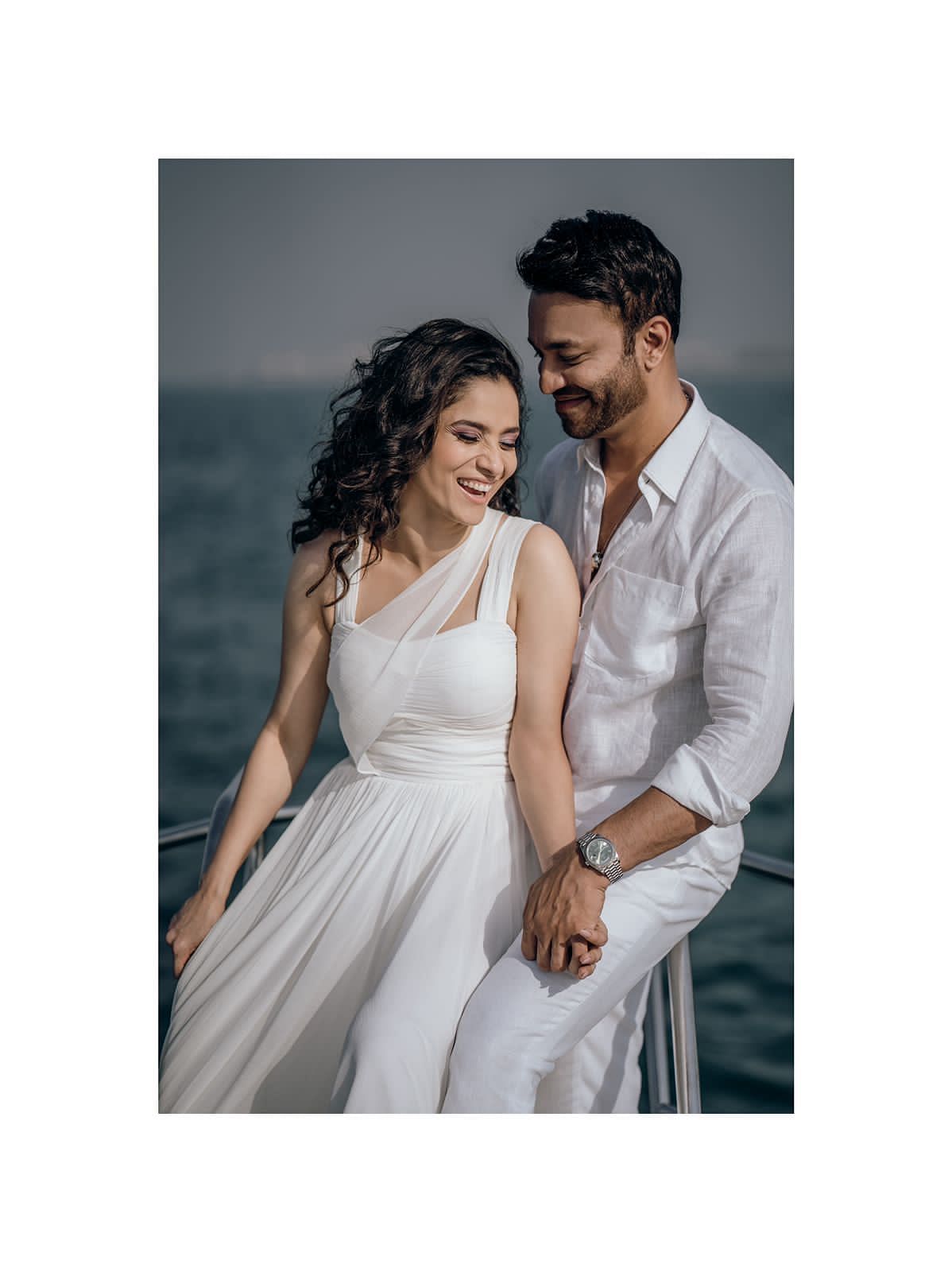 What was your initial reaction when you saw him? Did bells begin tolling immediately or later?

When I saw him for the first time, I was in a relationship, and he was also dating someone. We were in the same group of people. So, it wasn’t love at first sight. But he has always been a very decent and humble man. I have always seen him taking care of others. My first impression was that he is a flamboyant man but takes care of his friends and family.

Vicky would often come from Bilaspur to Mumbai because he had a lot of friends in the industry. What I really liked about him was the fact that he was a very genuine guy. Whatever friends he had, he was just giving love and nothing else. His best quality was and is expecting nothing but giving it all. To date, he is the same. He is always there for his people or anyone who needs help; I would never want to change this trait of his. God has given him this opportunity to help people, and he should be there for them. 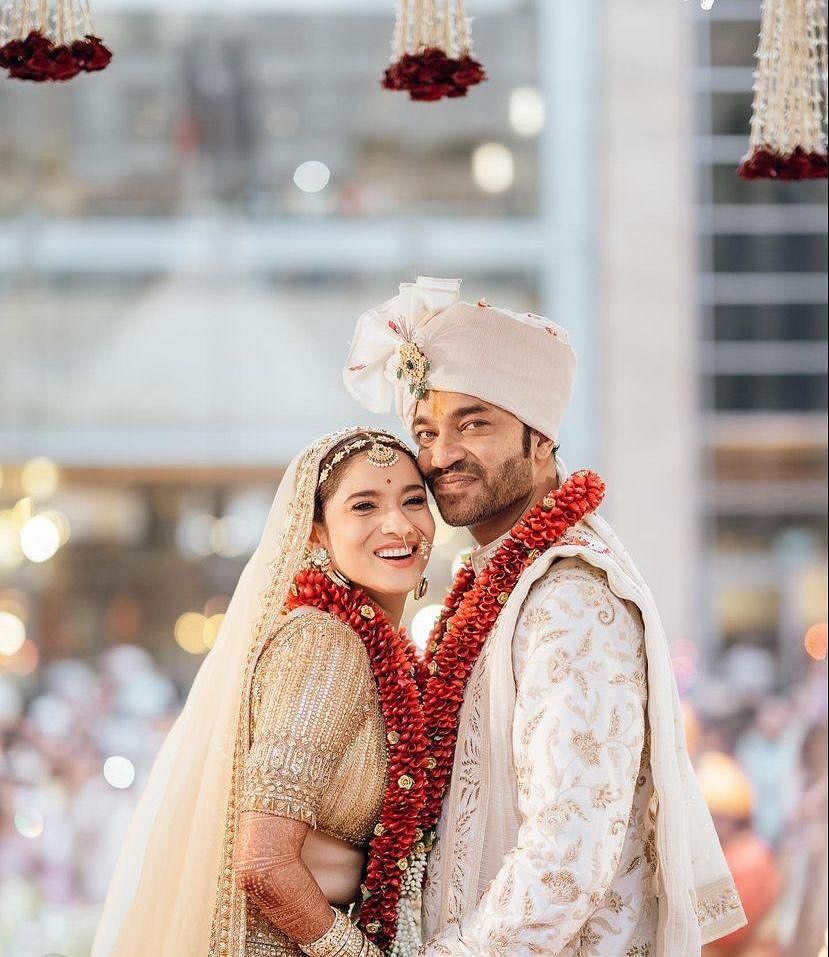 Vicky was the one who took the initiative. We dated for a while. Then he called me and said he wanted to marry me! He felt that I was the right one for him. Then he came and met my family because I was clear that I won’t say yes without my family’s permission. He spoke to my entire family and proposed. I said yes because my mother and father were very happy! He is a very genuine guy; why would I say no! 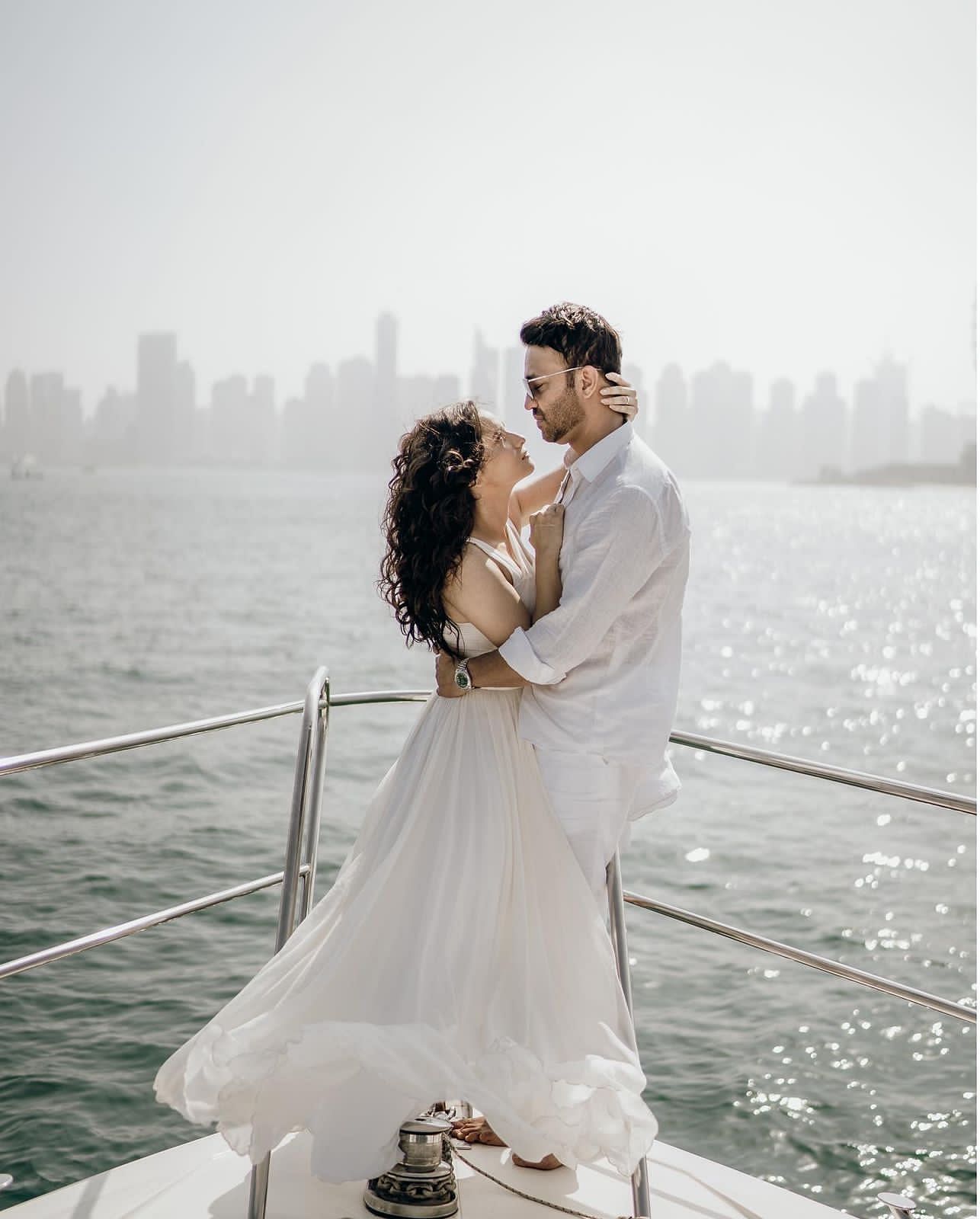 Who took the initiative to fix a date, and where did you go?

Vicky called me and said let’s go on a date, but I said I would bring my friend with me. He agreed. I remember that Mishthi, Vicky, and I went to a place in Bandra. We used to talk so much on the phone, but the moment we were in front of each other, it was different. On the phone, it was a chilled-out scene like buddies. But when we met for a date, it was different. It was always a long-distance relationship. By God’s grace, we had FaceTime to maintain the relationship. Did he bring anything on your first date like flowers or chocolates?

Yeah, he brought a smile on my face on our first date. Till today, he makes sure that I keep smiling. Earlier, I used to laugh and smile a lot, and somewhere on the way, I lost my smile. And he brought it back.

Vicky is protective more than possessive.

I think we both are very funny in our own ways. We never get bored of each other because we entertain each other. We are buddies.

Who is the cleanliness freak?

Both of us. I like to keep everything clean and systematic. Vicky is very particular about his clothes. The moment he removes his clothes, he has to fold them properly. He has to hang his shirt and pants. I find that remarkable.

How has your relationship changed from being girlfriend-boyfriend to husband-wife?

I feel the same. Vicky keeps going to Bilaspur, and I stay at my place only with my parents. We have been living here only for the last three and a half years. He used to visit me at my parents’ home. So as of now, there hasn’t been any change. Of course, as husband and wife, there are responsibilities, and you have to take care of each other, even in a relationship. But he is the kind of guy who would not impose his ideas on me. He understands me very well too.

HomeEntertainmentHow I met My Life Partner: 'Somewhere on the way, I lost my smile... Vicky brought it back,' says Ankita Lokhande Jain