HomeEntertainmentGina Lollobrigida: The 'Mona Lisa of the 20th Century'

Gina Lollobrigida: The 'Mona Lisa of the 20th Century'

With her large, limpid brown eyes, statuesque figure, and seductively deep voice, she was one of the world's best-known actresses and sex symbols in the 1950s and 1960s, especially in evergreen classics like "Come September" - but Gina Lollobrigida, who passed away at 95 on Monday,

With her large, limpid brown eyes, statuesque figure, and seductively deep voice, she was one of the world's best-known actresses and sex symbols in the 1950s and 1960s, especially in evergreen classics like "Come September" - but Gina Lollobrigida, who passed away at 95 on Monday, made waves beyond her onscreen prowess in other fields too, and figured in the headlines long after she walked off-stage.

And she had an Indian connection too.

Termed the "Mona Lisa of the 20th Century" and "The Most Beautiful Woman in the World", Gina Lollobrigida was also more informally called "La Lollo" - a nickname also later adopted by Indian actress Karisma Kapoor.

And while the theme of one of her most famous films ("Come September", 1961) continues to strike a chord with Indians of the right age and can still be heard at weddings, Gina nearly became part of Bollywood's first attempt at an international hit.

Tipped for the role of an aristocratic, acrobatic thief in Krishna Shah's "Shalimar" (1977), she walked out, after being royally upstaged by a younger and more daring Zeenat Aman at the "muhurat" in Bombay's Turf Club. (Renowned publisher Ashok Chopra, who was also present, recounts the episode in his memoirs "A Scrapbook of Memories", as did Bollywood publicist Bunny Reuben in a rather salacious chapter, titled "The Battle of the Boobs" in his book on the film's making). Replaced by American actress Sylvia Miles, she missed being part of a colossal financial and critical flop.

But there were other, better films she can be seen in. Gina may not have been as prolific as her compatriots like Sophia Loren or other contemporaries, with just around 70 onscreen appearances (including her early uncredited roles) in a five-decade-long career, but the few she is known for still stand out - like "Come September" opposite American heartthrob Rock Hudson, or in big-budget spectacular "Solomon and Sheba" (1959) opposite Yul Brynner - who abandoned his iconic bald look for the Biblical film.

As Gina said of the latter film: "There is only one trouble with having played the most famous courtesan of all times and that is, after Sheba, all other roles will certainly seem tame and anticlimactic."

Born on July 4, 1927 in the pictorial mountain village of Subiaco near Rome, Luigina Lollobrigida was the second among four daughters (all still alive save the youngest) her parents had, and her acting debut was in 1945 with a small part in an Italian comedy play. But it was in 1947 when she came third in the Miss Italia pageant, did she achieve national renown.

She acted in several Italian films from 1946 onwards, mostly in bit parts, but more substantial ones such as "The Bride Can't Wait" (1949), and "The Young Caruso" (1951). But what made her name were starring roles in French swashbuckler "Fanfan la Tulipe" (1952) and opposite Italian neo-realist maestro Vittorio de Sica in "Bread, Love and Dreams" (1953).

Approached by Hollywood, Gina, however, refused to move there but was open to working in films shot in Europe. Her first Hollywood foray was "Beat The Devil" (1953), a slick con film intended as a spoof of "The Maltese Falcon"-like genre, opposite 'tough man' Humphrey Bogart. She also appeared opposite Errol Flynn in "Crossed Swords" (1954) and with Burt Lancaster and Tony Curtis in "Trapeze" (1956) - possibly it was this role that prompted "Shalimar" makers.

But apart from Lisa Helena Fellini of "Come September", the films she is mostly known for are as Esmeralda in "The Hunchback of Notre Dame" (1956) opposite Anthony Quinn, and as Carla Campbell in "Buona Sera, Mrs. Campbell" (1968) where she convinced three US ex-soldiers likely to have fathered her daughter to pay for her raising.

After roles slowed down in the early 1970s, Gina did not rest on her laurels but reinvented herself as a sculptor - and photojournalist. In the latter role, she clicked among others Salvador Dali, Henry Kissinger, Paul Newman and Audrey Hepburn, while scooping the world by getting an exclusive interview with Fidel Castro.

However, she was never too enamoured of her glamorous popularity, quipping: "Popularity has a bright side, it unlocks many doors. But the truth is that I don't like it very much because it changes the private life into a very small thing".

Gina continued to make headlines well into the 21st century, be it for announcing her engagement in 2006 (aged 79) to a 45-year-old Spanish businessman (and calling it off two months later), and then few years later, launching legal proceedings against him for fraud, or for donating a considerable part of what she got for selling her jewellery in 2013 for stem cell research.

Read Also
Rajkumar Santoshi on clash between Gandhi Godse Ek Yudh and SRK's Pathaan: 'Ours is not a song and... 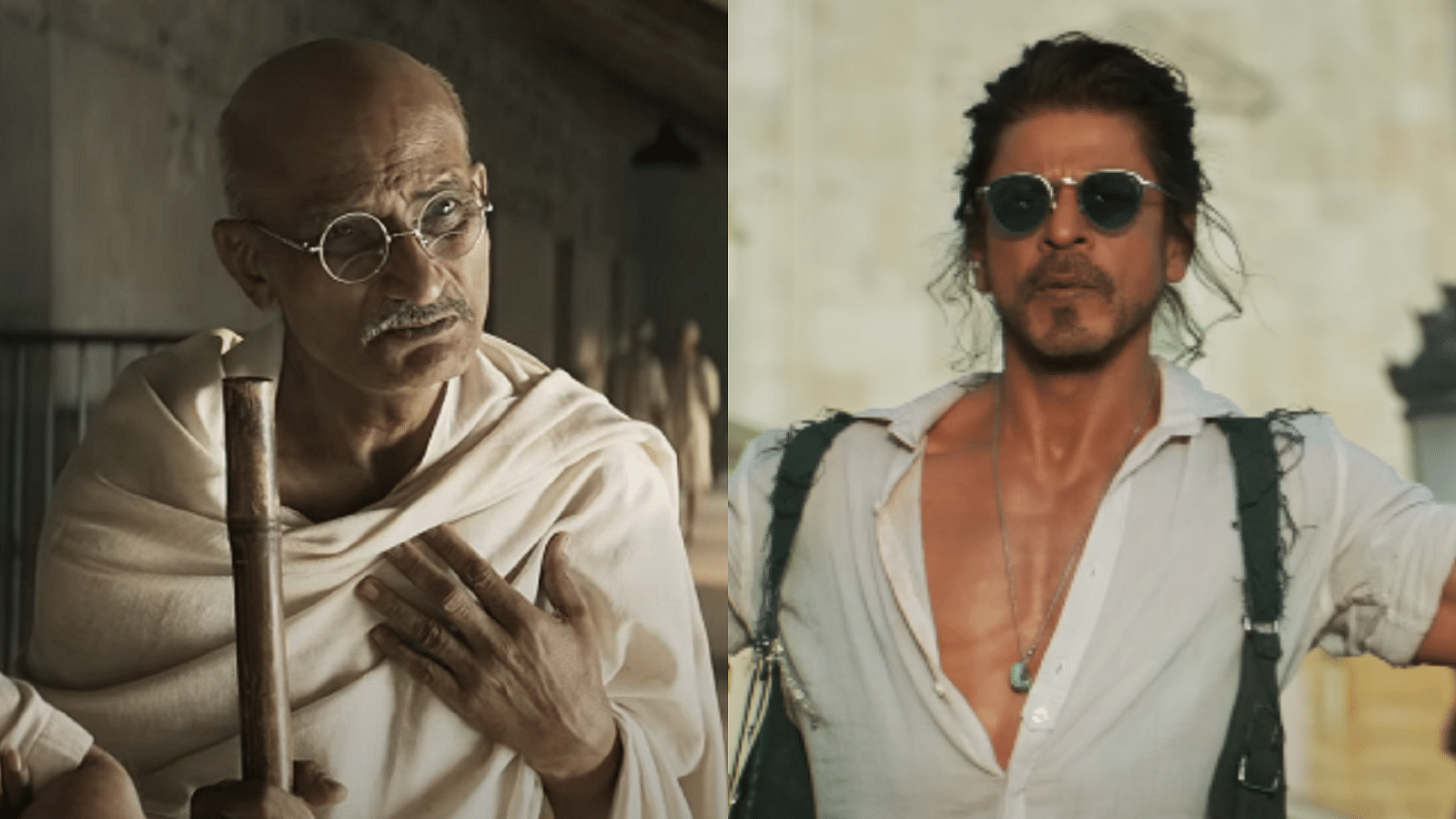 Emily in Paris fame Lily Collins recalls being slut-shamed by toxic ex-boyfriend: 'He would call me...

Kartik Aaryan, Sara Ali Khan spotted together ahead of Valentine's Day; fans say, 'we want they back...