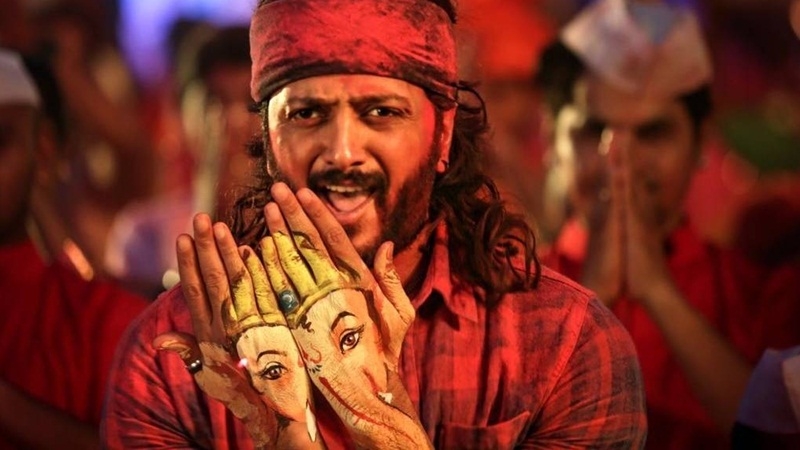 Ganesh Chaturthi 2019 is just a few hours away and we are already excited about our favourite festival. The festival is celebrated with much fervour and enthusiasm across the country. As we all know, no celebration is complete without songs, and when it comes to Ganeshotsav, Bollywood has some amazing ones that set the perfect mood for the festival. On the occasion of Ganesh Chaturthi, here’s a look at popular Ganesh songs that are a must on your playlist.

The political crime drama ‘Daddy’ portrays the true story of gangster-turned-politician Arun Gawli, who along with his friends form a gang after the shutdown of Mumbai’s textile mills in the 1970s. The song ‘Aala re Aala Ganesha’ from the movie gives a look at the grand Ganesh Chaturthi celebrations in Mumbai.

The song from the movie, Banjo is picturised on Riteish Deshmukh. The most creative part of the song is Lord Ganesha painted on the palms of Riteish. The fusion rock song is composed by Vishal-Shekhar and the beautiful lyrics is written by Amitabh Bhattacharya. The film ‘Banjo’ is the directorial debut of the Marathi film-maker Ravi Jadhav.

The devotional song is sung by Sukhwinder Singh is from the movie Bajirao Mastani that features Deepika Padukone, Ranveer Singh and Priyanka Chopra in lead roles. The song was launched at the Shree Chhatrapati Shivaji sports complex in Pune with a giant human formation of a mosaic image of Lord Ganesha.

The song Sadda Dil Vi Tu (Ga Ga Ga Ganpati) from the dance drama film ABCD is composed by Sachin-Jigar and is sung by Hard Kaur. The beautiful track with a western twist and a fantastic choreography is a treat to the eyes and ears. The film is a directorial debut of ace choreographer Remo D’souza.

The song from the Amitabh Bachchan starrer Don’s remake starring Shah Rukh Khan is more of a visarjan song. Picturised on Shah Rukh Khan, the song ‘Mourya Re’ is a lively song that sets the festive mood. The soulful track is sung by Shankar Mahadevan.

Sindoor Lal Chadayo from the 1999 movie Vaastav is a ‘must play’ on Ganesh Chaturthi. The festival seems to be incomplete without listening to it. The song from Sanjay Dutt-starrer film fills spiritual vibes and captures the spirit of the festival in a true way. The music of the song is composed by Jatin-Lalit and is sung by Ravindra Sathe.