HomeEntertainmentFWICE questions 'Chhello Show's selection as India's official entry for Oscars 2023: 'Does it qualify as an Indian film?'

FWICE questions 'Chhello Show's selection as India's official entry for Oscars 2023: 'Does it qualify as an Indian film?'

The Gujarati film is a coming-of-age drama about a young boy's love affair with cinema in a village in Saurashtra.

Days after 'Chhello Show' was announced as the official entry from India for Oscars 2023, the Federation of Western India Cine Employees (FWICE) has objected to its selection.

In an official statement, the film body has questioned the decision making process of the Film Federation of India (FFI) and has Ministry of Information & Broadcasting to take serious note of the issue and reconsider the decision.

FWICE claimed that 'Chhello Show' has been primarily produced by foreign studios and most of the crew is also from foreign lands.

"This film has been on their site for few years. It’s only recently some Indian companies did a deal for this film for its Indian release. Does that qualify it as an Indian film? With that criterion, in the future any foreign production can tie up for distribution with an Indian company and call it an Indian film. Is it in the interest of Indian producers?" the statement read. A few days ago, FWICE President Ashoke Pandit had accused 'Chhello Show' of not being original and pointed out the striking similarities between the poster of the film with that of 'Cinema Paradiso'.

Noting the same, the statement mentioned, "There are some very serious allegations against the film that it’s inspired/copied from Oscar winner Cinema Paradiso. This is a very serious allegation because in the past (Gully Boys), India was humiliated when Oscar committee rejected that film as plagiarized from 8MM. Are we making the same mistake again because Oscar is very strict about the originality and even slightest of similarities disqualify a film."

FWICE also stated that if 'Chhello Show' had premiered in June 2021 then it does not qualify for Oscars 2023, as only those films that premiered in 2022 can make the cut for it.

"The chairman of the jury TS Nagabharana has given an official statement in Bombay Times that this film was also considered last year. How is it possible for a film to enter twice? What is criterion for qualification? If it was even considered last year, why is it getting a second chance?" the film body added. 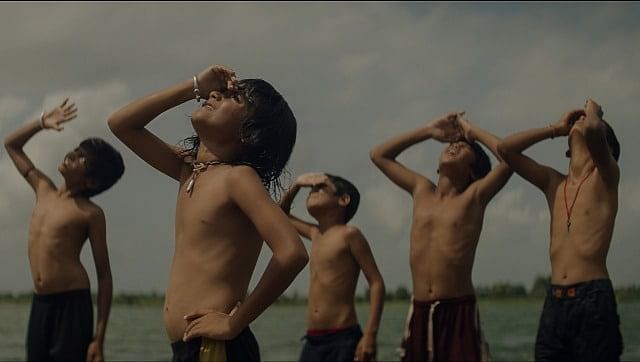 The ministry is yet to respond to the statement by FWICE.

Meanwhile, titled 'Last Film Show' in English, the Pan Nalin-directorial will release in theatres countrywide on October 14. The Gujarati film is a coming-of-age drama about a young boy's love affair with cinema in a village in Saurashtra.

The 95th Academy Awards are scheduled to take place on March 12, 2023 in Los Angeles.

Who is Tina Thadani? Model rumoured to be dating Yo Yo Honey Singh after his divorce with Shalini...