Future husband should have ‘Property of J.K’ tattoo on his body: Janhvi Kapoor 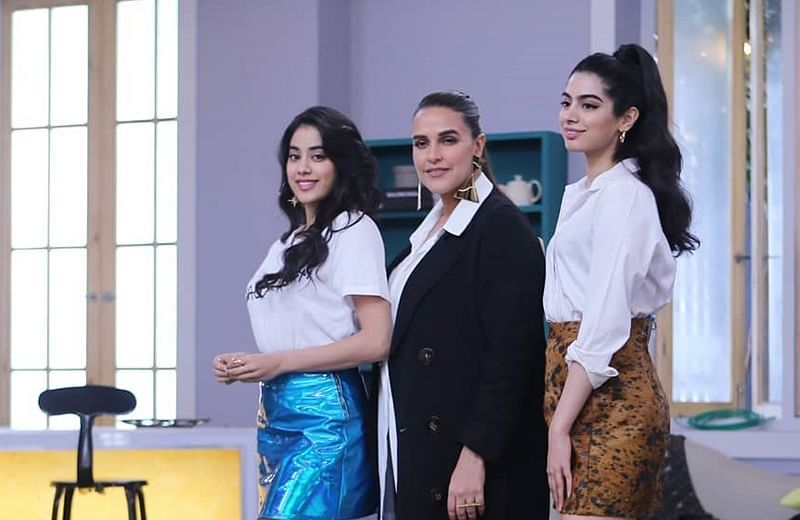 Neha Dhupia’s chat show, Bffs with Vogue’s third season is about to air and see will see sisters Janhvi and Khushi Kapoor as their first guests. Daughters of filmmaker Bonney Kapoor and late actress Sridevi, the siblings are inseparable and adorable together.

During one of the teasers Khushi even spilled Janhvi’s childhood secrets on the show. They will also be seen talking about boys and tattoos. Khushi told Neha when Sridevi, spotted her tattoo she freaked out thinking it was a guy’s name, which in fact was that of Sridevi, Boney and Janhvi’s birthdays. But Janhvi had chickened out of getting a tattoo while holidaying in LA.

She also revealed that she thinks, fans getting tattooed with her initials is “intense”. But instead of getting a tattoo, another crazy thing she did was, gifting her boyfriend a sweatshirt, which had “Property of J.K” written all over the chest. She also hopes that her husband should have a tattoo of the same, once she is married.

BFF’s with Vogue Season 3 premieres from April 27 at 9 pm on Colors Infinity.

HomeEntertainmentFuture husband should have ‘Property of J.K’ tattoo on his body: Janhvi Kapoor