Fund created to produce only India centric films in Aus 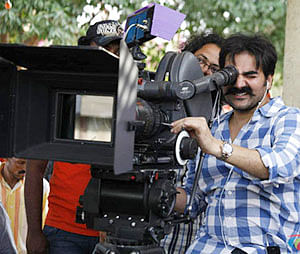 Melbourne : In a bid to boost India-Australia film relationship, few Sydney-based Indian professionals have established the first ever Australian Indian Film Fund (IAFF) which would aim to produce one Australian feature and one TV series or documentary every 18 months, each with India-centric themes, reports PTI.

The Fund, led by IT entrepreneur Devendra Gupta and CPA Yateendra Gupta, was launched yesterday. The IAFF has signed Fox Studios-based Films & Casting Temple to produce the Australian screen content and has appointed a well known Sydney based film producer and expert Anupam Sharma as its head of Films.
It is expected that the AIFF will trigger several million dollars’ worth of production and will utilize the 40 per cent producer off-set. “That is where AIFF is clear about the importance of the balance between financial returns and cultural benefits. We want to nurture understanding between India and Australia through the films and documentaries we decide to fund.” said Yateendra said.
“We are very excited to announce this venture. With growing numbers of professional Australian investors, the investor-friendly Australian film space and the success of India-centric Western films, we are anticipating a long term presence supporting Australian stories,” he added.
“We believe it is the right time to invest in the Australian film industry’s niche projects and redefine the form and content of an Australian story, like ‘Bend it Like Beckham’ did in the UK as an India-centric British film. With this fund, Australia can be more than just a service provider for the Indian film industry,” Sharma said.
“AIFF’s decision to completely fund projects will also hopefully take financial pressure off agencies such as Screen Australia who have been so enthusiastically pushing better links between India and Australia,” he added.
Screen Australia CEO Graeme Mason said, “Together with DFAT, we have actively supported the Australian screen industry’s engagement with India. It is terrific to now see a great outcome for industry, with the delivery of private investment for Australian stories that will have a unique Indian perspective.”