It’s 93rd Academy Awards night this Sunday and though the annual awards have been pushed forward by almost two months, they will still happen under the cloud of the on-going Coronavirus pandemic. We look back on some Indians who made an impression with their fashion statements that ensured they stood out among the bold and the beautiful...

Bhanu Athaiya, who has designed costumes for over 100 films, called up actress Simi Garewal and nervously admitted she had no idea what to wear when Sir Richard Attenborough’s 1982 biographical drama Gandhi bagged her an Oscar nomination. The lady who’s almost always in white on the red carpet suggested a turquoise blue sari, pointing out that this was a colour not often seen on the red carpet in the West and Bhanu would stand out from the crowd. 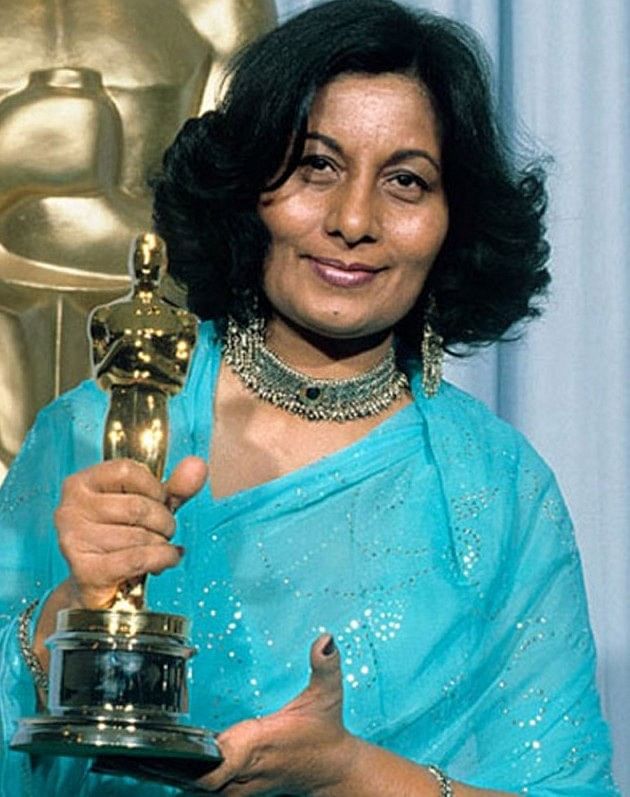 The costume designer took her advice and went with yards of sequined chiffon in that particular shade of blue which she complimented with a choker, danglers, a slim bracelet and a white handbag. She walked away with not just the coveted statuette but also loads of compliments.

The Academy Awards from 2009 will always be remembered for Slumdog Millionaire which swept eight Oscars, including Best Achievement in Sound Mixing (Resul Pookutty), Best Original Score and Best Song (AR Rahman), Best Director (Danny Boyle) and Best Picture. The latter brought its exuberant cast on stage and among the black tuxedos, suits and bandh galas, Freida Pinto’s John Galliano gown another standout blue. It brought the summer sky into the Kodak theatre—flirty, flowing and straight out of a fairy take. Jai Ho, Latika! As a former Miss World, Aishwarya Rai Bachchan is usually meticulously prepped for galas but in 2011 she was taken by surprise when, while vacationing in Los Angeles with husband Abhishek, she got an invitation to the Academy Award. While hubby B went with the trusted tuxedo, Ash shimmered in a bronze off-shoulder Armani Prive gown. The amber sequins in the gown, her jewellery and the Jimmy Choo clutch made it a shimmering debut on the Oscar Red Carpet. Five years later, Priyanka Chopra set a record of sorts as she wowed the world again—she had earlier bagged the Miss World title—with a white, off-shoulder, lace gown from Zuhair Murad’s spring 2016 collection. The semi-sheer fabric inlaid with handcrafted floral antique hugged her curves, offering a tantalizing flash of leg before pooling on the floor in a mermaid effect. The earrings and the clutch were the only sparkle the Desi Girl needed as she sashayed into history. In Google’s year-end lists, this gown was the seventh most-searched dress in the Oscar fashion category. Woah! In 2017, another Priyanka, Priyanka Bose, chose to make a ‘green’ statement on the Red Carpet with a Vivienne Westwood environmentally-friendly gown made of recycled materials. The Lion actress wore the first collection of Atelier Swarovski fine jewellery with the custom-made gown bringing sustainable fashion to the Oscars. 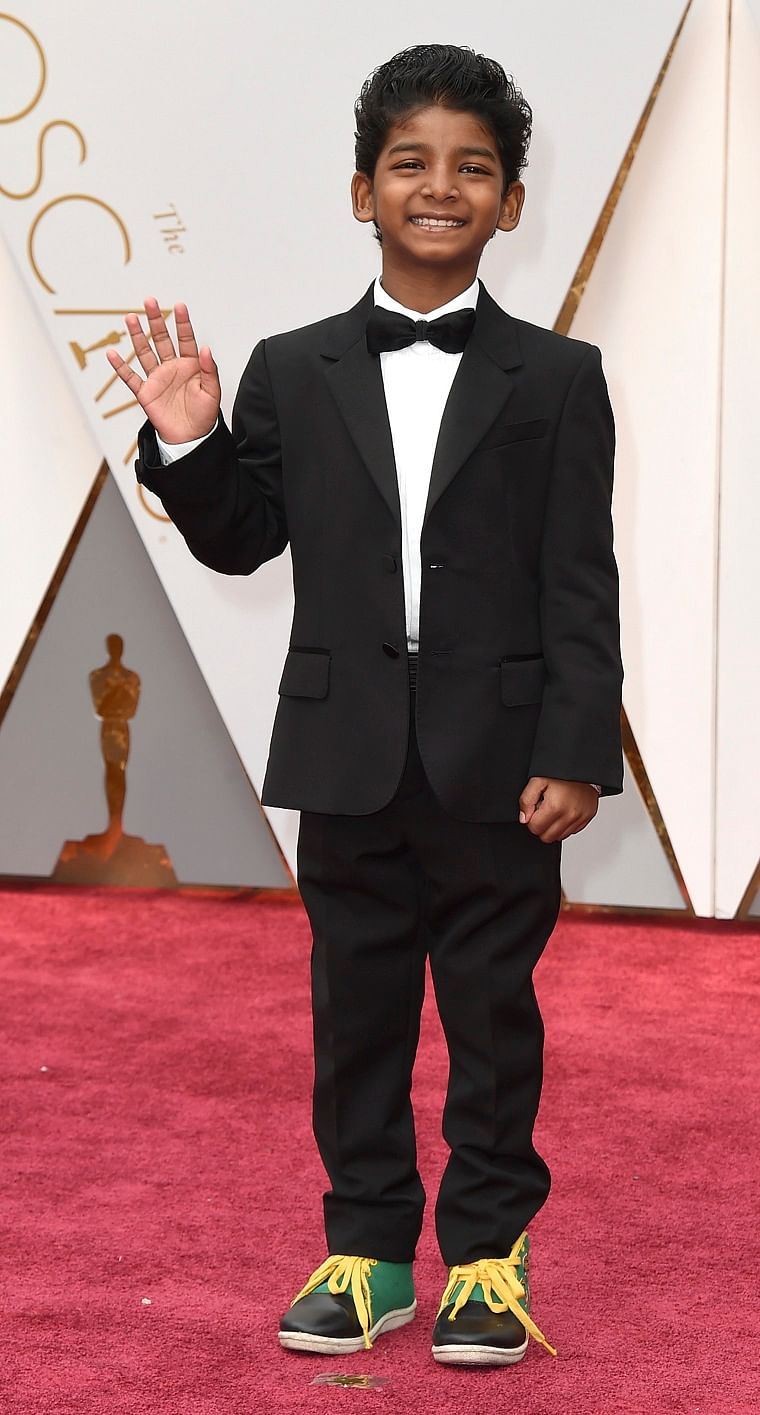 Priyanka’s son in the film, Sunny Pawar may have missed out on the Best Supporting Actor Award for his performance in Lion, but he stole a march on all the A-listers, including Dev Patel who played the older Saroo. With his sunny smile, his snappy bow tie and the yellow laces of his sneakers, the eight-year-old moppet was a roaring success.

While Sunny stayed with the tux, big boys Aamir Khan and Ashutosh Gowarikar opted for a black and white bandgala respectively as they took Lagaan to the Oscars. Their better halves also went with the traditional sari, Sunita colour-coordinating with her husband in cream and Reena in black. John Abraham joined his Water team in a black bandgala too while co-star Seema Biswas, like director Deepa Mehta, went with a cream sari. Hers was embroidered and off-set by a burnt orange blouse.

With this Mallika-e-Azam less is always more. While her white, body-hugging sequined gown was conservative by her standards, the front slit and deep neckline made heads turn and eyes pop while the Sherawat went, “Oo la la!”

Read Also
Oscar history has been made this year, with two women being nominated in the best director category,...